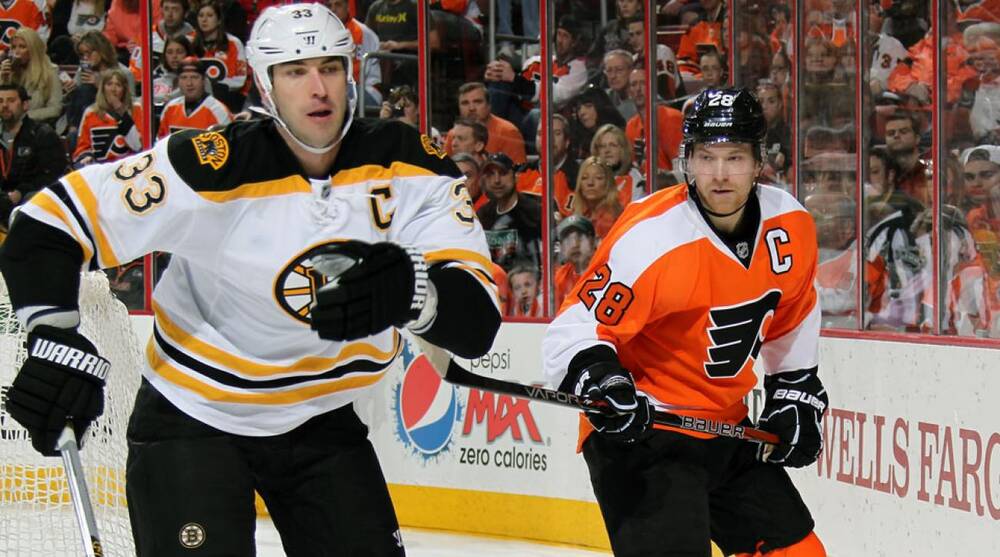 After Monday’s overtime loss to  the Montreal Canadiens, the Boston Bruins will be looking to grab two points tonight when they face the Philadelphia Flyers at the Wells Fargo Center. If they win,  Boston could potentially take over the second spot in the Atlantic Division as they currently sit one point behind the Toronto Maple Leafs.

News came yesterday that forward Colby Cave, who had played 20 games this season with the B’s, was claimed off waivers by the Edmonton Oilers. In his time here in Boston, Cave notched a goal and four assists. Tuesday’s practice also marked a maintenance day for both Patrice Bergeron and Brad Marchand. Jake DeBrusk was also absent from practice as he nursed a lower-body injury, while Chris Wagner dealt with a short illness. Coach Bruce Cassidy recently announced that both DeBrusk and Wagner will play tonight. David Backes will be healthy scratch up front, as is John Moore and Steven Kampfer.

Forward Peter Cehlarik has been re-called from Providence and will suit up for tonight’s game, replacing Backes in the lineup. Per Cassidy, he will be slotted alongside David Krejci and Jake DeBrusk. Cehlarik had previously donned the Spoke-B for the Bruins back in the 2016-2017 season where he played 11 games. Last season he made an appearance in six games for the club.

Despite the loss Monday, the Bruins have been looking pretty good lately, having won three straight road games, however they have dropped two out of their last three. Boston’s record in the last 13 games has been a decent 9-3-1. The team remains second throughout the league in power play percentage at 27.9%, nestled right behind the Tampa Bay Lightning. They are now tied with Toronto for the penalty kill at 80.9%.

Winger David Pastrnak leads the team in both points (54) and goals (26). Brad Marchand isn’t too far behind and leads the team in assists (32) with 49 points. Forward David Krejci has netted a goal consecutively in three games. Tonight marks the second meeting between these two teams where Boston won the first game,  3-0.  In their last six games against the Black and Gold, the Flyers have dropped five games.

The Philadelphia Flyers return back home as they are coming off winning two of their last three games and since December 1st, have earned points in six of their last nine games. The Flyers won their game this past Monday night, defeating the Minnesota Wild 7-4. Philadelphia has allowed only four goals on their penalty kill in their last 11 home games.  Much like Boston, the Flyers haven’t gone unscathed in the injury department as they continue to deal with goaltending issues. Tying an NHL record, Philly has had seven goaltenders in net, much like Boston having to dress 12 defensemen this season.

Left-winger James van Riemsdyk has netted goals in three straight games and will be looking to add another one tonight when he faces Boston. Van Riemsdyk has had multi-point games with five goals and seven points in his last three games. The Flyers signed Van Riemsdyk to a five-year, $35 million-dollar contract this offseason. Centerman Claude Giroux leads the team in points (50) with 36 assists. He’s at a +4 so far this season. Sean Couturier leads the team with 16 goals and is at a -6 leading into tonight’s game.

20-year-old rookie Carter Hart is expected to make the start in net for the Flyers as one of the seven that have been used by the club.  He recently ended an eight-game losing skid when the Flyers defeated the Dallas Stars. Tonight will be his fourth straight start in net and has a .913 save percentage with a goals against average of 2.69. In the 10 games that he’s played, his record is now 4-5-1.

The Bruins will have 33-year-old Jaroslav Halak start in net, where he’s coming off a loss against the Washington Capitals on January 10th. In his last five games, he has posted three wins. Going into tonight’s game, his record is 13-7-2. He is currently tied for third in the league with goals against average of 2.39 and fourth for a save percentage of 0.924.

Enjoy some highlights below from the last game:

WHEN TO WATCH: Tonight with puck drop at 7:30 PM

WHERE TO WATCH: NBCSN

Ep 231 sponsored by @betonline_ag is now available!
Go to http://BetOnline.AG and use code CLNS50

Nothing says you're the biggest #NHLBruins fan around like this Oversized Gaming Chair from @Fanatics.
Click the link below for more details!