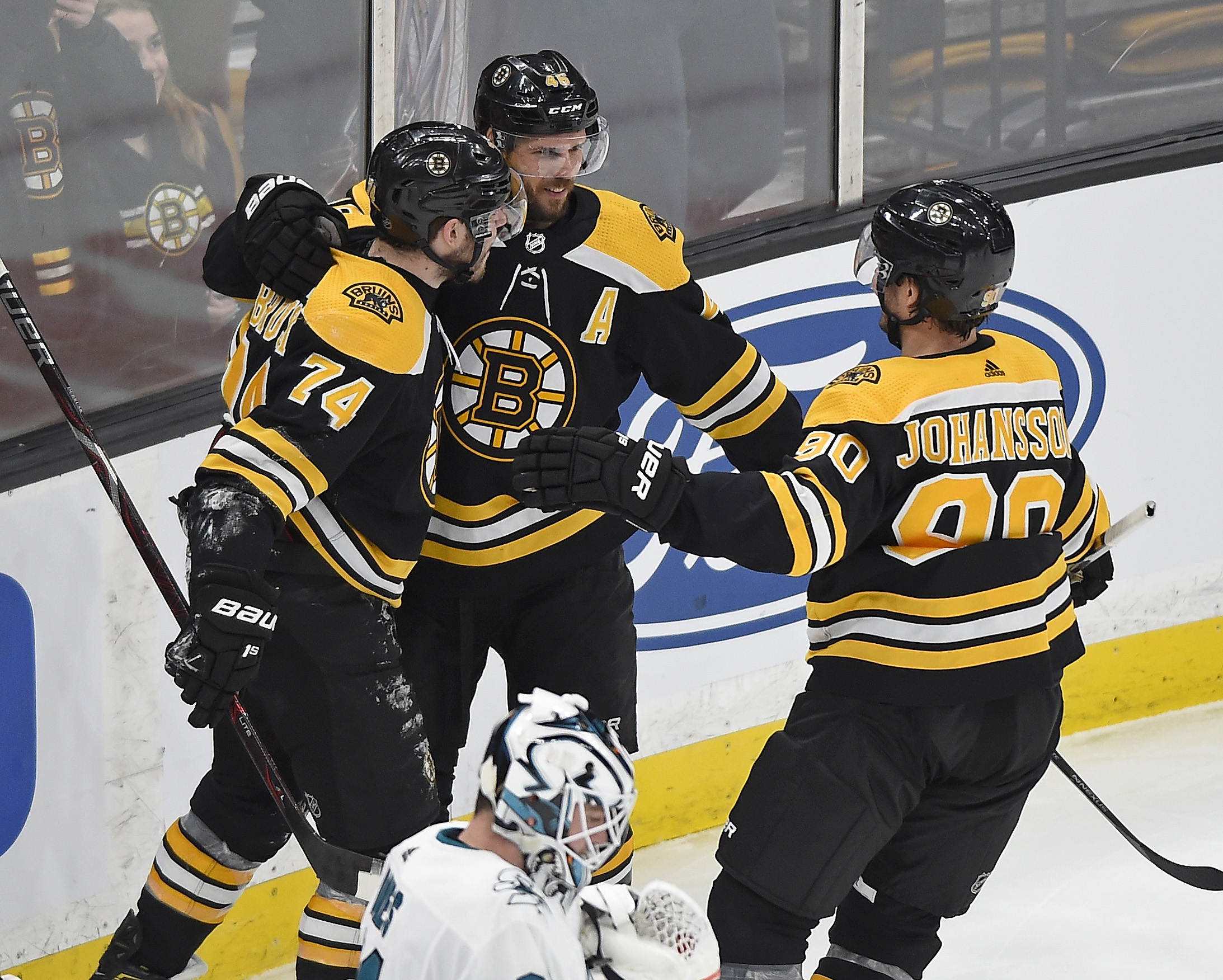 The trade deadline came and passed on Monday, and the Bruins found themselves in a unique company amongst their divisional foes. In acquiring Charlie Coyle and Marcus Johansson, the Bruins were certainly buyers.

.@mjohansson90 goes 1-on-1 to talk about his first game with the #NHLBruins, playing with David Krejci, and tomorrow’s game with Tampa: pic.twitter.com/XAI18byqMB

Major pieces were sold off in the Atlantic division such as Matt Duchene, Mark Stone, Ryan Dzingel, and Gustav Nyquist. In every trade comes the selling off of pieces, but the Bruins, in this case, gave up one prospect in Ryan Donato, and some draft picks in the next two drafts. The Bruins’ acquisitions of key pieces moving forward in Coyle and Johansson separated them from the rest. Coyle and Johansson are set to play large roles in Boston’s top-nine forward core, while other Atlantic division teams were sellers and/or didn’t make quite the splash that the Bruins did on the buyers market.

These acquisitions not only make the Bruins a better team but give them a variety of options in which to shape their lineup. It also gives them the potential to try out different looks on their special teams’ units as they did last night. The two newest Bruins forwards saw power play time for the Bruins last night, both with 2:27 of it.

As a kid, Charlie Coyle got Patrice Bergeron’s autograph.

Both Coyle and Johansson have played the wing and center in the past, which is important in a league in which teams seem to be more appreciative of versatile players as time goes on.

Coyle has looked solid in two games so far as a Bruin, but Johansson made an immediate impact last night in a wild game in San Jose. Despite only tallying two shots on goal in 14:49 of ice time, Johansson was certainly impactful in the offensive zone with puck possession and had one high danger chance that was thwarted by Martin Jones. The highlight of his night for Johansson came from his assist on a beautiful tic-tac-toe goal by Jake DeBrusk, with David Krejci also in the mix on the goal.

JAKE DEBRUSK IS ON FIRE!!!!!! THE BOSTON BRUINS SCORE TWICE IN 37 SECONDS TO TAKE THE 3-1 LEAD!!! #NHLBruins pic.twitter.com/iaa2cOOYKa

The Boston Bruins sweep the season series against the San Jose Sharks with a 4-1 win and now have points in 14 STRAIGHT games. 10-0-4 in their last fourteen. It was a great night to win a hockey game. pic.twitter.com/FYm4yhaioz

So far being buyers is certainly paying off for the Bruins. Don Sweeney capitalized on valuable assets without giving up a ton due to his team being in a position to compete for a Stanley Cup. The next step is finding long-term comfortability for the rest of the season and potentially beyond for Coyle and Johansson, as well as the team as a whole as they pursue a deep cup run.