The Bruins have done a lot of what needs to be done to win a series. They’ve gotten really good goaltending from Tuukka Rask, they’ve gotten a lot of really important depth goals out of their bottom six, and overall, they’ve played pretty damn good defense. But clearly, they aren’t playing perfect hockey as they’re down 2-1 in the series. Here are a few important things the Bruins will need to do to come back in this series against Columbus.

Captain obvious here but the Bruins need to find a way to get a couple past the Blue Jackets’ goalie. Sergei Bobrovsky has been incredible this entire playoff run, but his playoff struggles of the past can’t be forgotten. Even with his outstanding numbers this season (.937 save percentage and a 1.88 GAA) he has a measly .902 save % and a 3.08 GAA. If the Bruins can put up four or five on him in a game, then the nerves may start to kick in, and Bobrovsky could start to falter. 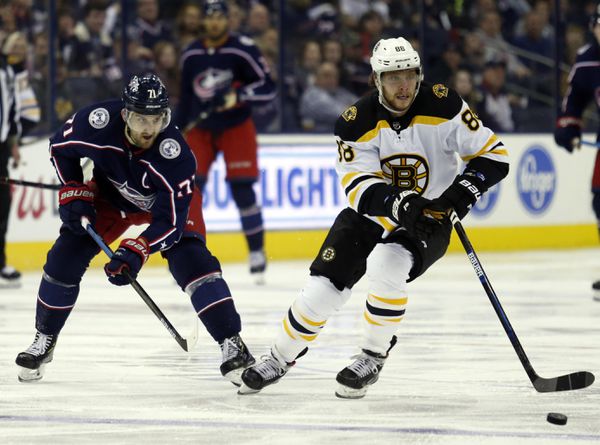 To say it has been bad would be an understatement. The Bruins are just 1/10 on the PP this series, and it seems that every time they get on the man advantage, it just kills their momentum. The first powerplay unit HAS to change. I think Marcus Johansson is incredible at gaining the zone which is very important to a powerplay, but he just isn’t the right guy to be in front of the net. I would rather see him on the second unit either in the bumper position (where Bergeron plays) or on the right side half-wall (where Marchand plays).

It seems Jake Debrusk will move back up to the number one unit and take Johansson’s place, but I think a guy like David Backes, who looks to be entering the lineup next game, would be the best fit there. While age has been getting the better of him as of late, he still has a nose for the net and sees the puck really well. He’s got very good hand-eye coordination and could really be a nuisance for Bobrovsky and the Columbus defense to handle in front of the net.

Have the First Line do… Something

Yikes. The trio of Patrice Bergeron, Brad Marchand, and David Pastrnak have one point this entire series, and that one point was a goal off of Pastrnak’s skate. The worst of the bunch has been the goal scorer Pastrnak. Maybe he’s playing through an injury, but everything, his skating, his shooting, his decision making, all of it has been off. Coach Cassidy tried to jump-start the struggling Pastrnak by putting him on the third line with the best two Bruins this series, Charlie Coyle and Marcus Johansson, and it just ruined what the two had going before Game Three. Towards the tail-end of Game Three, the Czechman was reunited with his former linemates and had a few solid shifts to end off the game. Hopefully, that is a sign of things to come.

🎥 Patrice Bergeron after the B’s Game 3 loss: “We’ve got to execute better, that’s the bottom line…we’re forcing a lot of [plays]. We’ve got to go back to taking what’s there in front of you.” pic.twitter.com/yxzcL8mz8Y

Brad Marchand should try to stick to scoring goals and not his old devilish ways, or we might not see Marchy too much more this series. Patrice Bergeron hasn’t been bad. He’s had a lot of quality scoring chances and has done a good job neutralizing the Blue Jacket’s top line, but just like the rest of his linemates, he just looks off. Bruce Cassidy will stick with his guns and keep the “perfection” line together going into Game Four, hopefully, this major slump can only last so long

Stop Giving the Puck Away

Plain and simple, way too many costly turnovers.

🎥 David Pastrnak, Jake DeBrusk, Sean Kuraly, and Brandon Carlo speak with the media after the #NHLBruins loss in Game 3: pic.twitter.com/Ce8T96g4e8