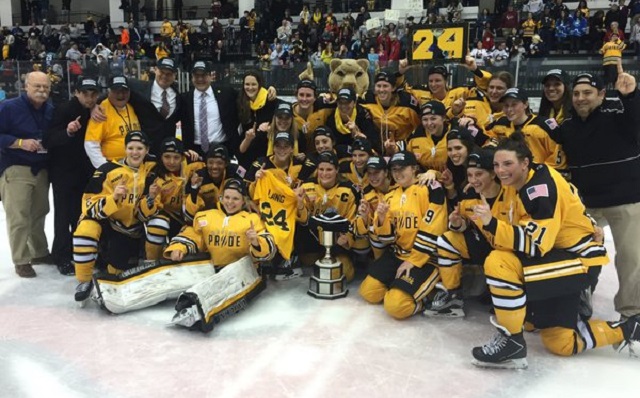 In the wake of two huge announcements that the Boston Bruins signed both Charlie McAvoy and Brandon Carlo, other news hit the organization-more importantly affecting their partnership with their female-counterparts The Boston Pride.

The National Women’s Hockey League announced today that a private investor purchased the female-led team, making it the only club with a private owner. Miles Arnone, along with a group of investors made the purchase. Prior to that, the Buffalo Beauts were the only team in the league with a private owner (until they were sold back to the league in May). The Commissioner of the NWHL Dani Rylan along with the NWHL  believe that private ownership will help  teams in bolstering local marketing and sales. The league even hired a firm that helped to find potential buyers/owner for all the teams.

In a statement given by the Commissioner Rylan, she congratulated Arnone:

“The NWHL congratulates Miles Arnone on his acquisition of the Boston Pride, and we thank Miles and his investors for their belief in our league and players. Miles has a love for the game and deep connections in the New England community.

The Pride’s new ownership is passionately committed to the team for the long haul, and we area confident that they will set a new standard for how professional women’s hockey teams are run in North America. Their dedication to investing in the Pride’s infrastructure, player development, and every aspect of the sport and business is a game changer.”

Last season the Boston Pride announced a partnership with the Boston Bruins, which remains intact, boding with the team as they continue to expand the sport of hockey. There are plans for the team to be have better travel and player accommodations as well as increased marketing. Hiring a team president and participating in youth hockey initiatives are also in the works for team. The Pride still remain as the only team in the league with a NHL partnership. 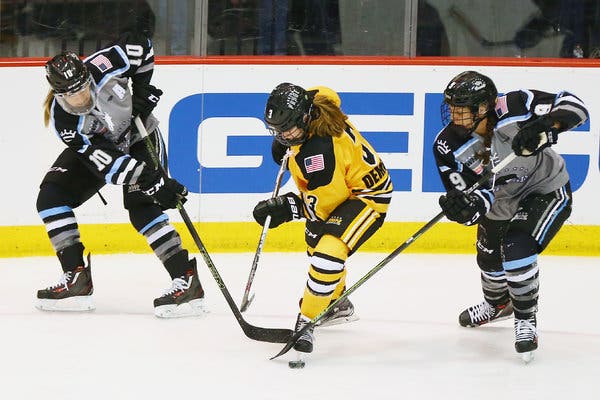 Mr. Arnone is a Long Island native and currently lives in Massachusetts. He was able to purchase the franchise though The Sports Advisory Group along with investment from the Chipwich company. Chipwich recently became a sponsor for the NWHL. Arnone, who is also the managing partner of Cannon Capital, stated his kids “…became fans, they have (Pride’s Captain Jillian) Dempsey jerseys from the Pride. I had a general awareness of the league and was impressed with the level of play.”

He also stated the big focus will be in promoting women’s and girls hockey:

“There’s underlying growth in the fan base and that’s at the (youth) player base which gives opportunity for the professional league to have a broader audience. I think that’s one of the most important aspects, to have a grassroots growth…it’s very synergistic in that way.”

The season is set to start October 5th when they head to New Jersey to face the Metropolitan Riveters. On October 12th at Warrior Ice Arena, the Pride will face the Buffalo Beauts. The league also recently announced a three-year exclusive partnership with Twitch, a streaming platform that will air all future NWHL games.