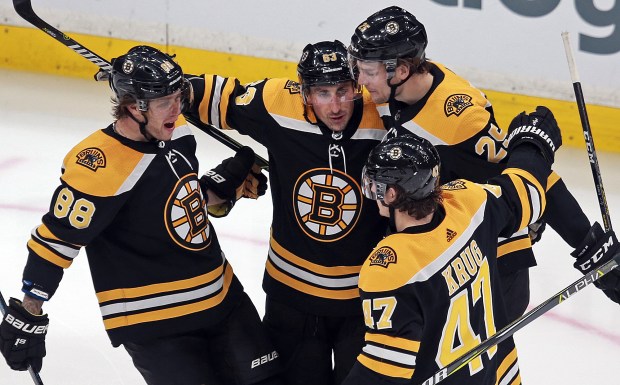 Bold is defined as being courageous and taking risks, but it also describes a color with a strong or vivid appearance. As a result, I’ll be making a few “Bold Gold“ predictions for the upcoming B’s season that are most likely way out there on the risk spectrum and definitely glaring on the brightness spectrum — potential new third jerseys aside that resemble an all too unBEARable one from yesteryear. Here we go: 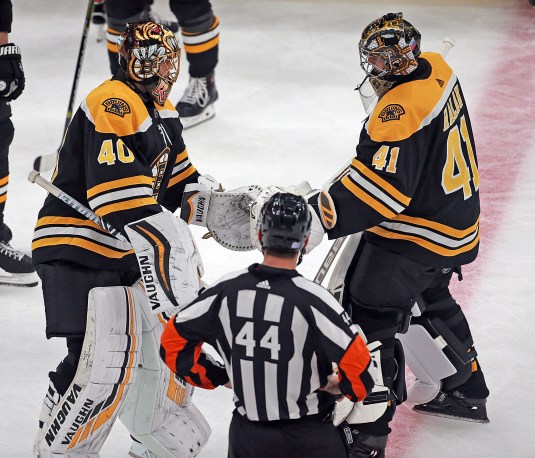 I predict handshakes like the one above will be few and far between for Tuukka Rask & Jaroslav Halak this season — just like their Goals Against Average. As a result, I’m pulling for a “William M. Jennings Trophy” award for Boston’s creased cohorts in ’19-’20. To remind the supporting-Vezina-only crowd, the William M. Jennings Trophy goes to “the goaltender(s) having played a minimum of 25 games for the team with the fewest goals scored against it … based on regular-season play.”

Say what you want about their stats from last year, but Rask & Halak were definitely an elite tandem in net for Boston. Not only did they split time pretty evenly, but they bailed each other out when the other was in a slump (early for Rask) or hurting a bit (later for Halak).

With the B’s D-core all coming back–and I’d say even stronger after a long playoff run which saw both Carlo & Clifton log solid playing time–you can best believe they’ll be even tougher to play against in front of the fighting Fin and steely Slovak. That can only benefit both Boston goalies and perhaps pad their padding even more to the tune of some hefty hardware that hasn’t been lifted in town since 2008-’09 when Tim Thomas & Manny Fernandez stole the regular-season show between the pipes! 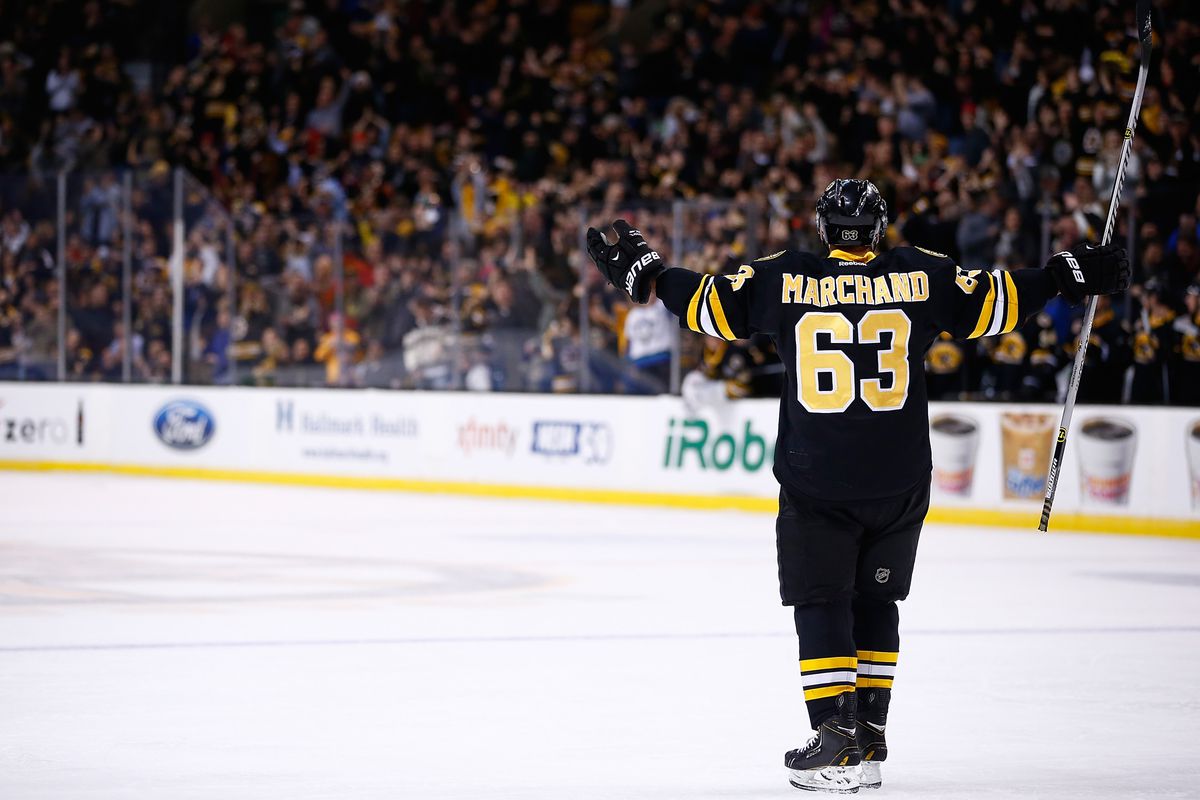 After a career year for points (100) and a near career year for goals (36) in ’18-’19, this will be the season Brad Marchand puts up more point production than pest protocols. He’s almost dented the 40-goal plateau once with 39 three seasons ago so I don’t think it’s beyond expectation to have him net anywhere between 44-46 this season… especially if Boston keeps the top line together (even if they don’t, his skill with Bergeron will accrue plenty of points if he stays healthy and plays 90% of his games). Heck, how’s this for a Bold Gold prediction: he’ll net 50!

Either way, that means he’ll also break the 100-point barrier for the second consecutive season.  And since he was a Top-5 finalist last year for the NHL’s MVP Award, “The Hart Memorial Trophy,” it’s a good bet he’ll be back in consideration — perhaps even ahead of perennial candidates like Crosby & McDavid. Like a fine red wine, Marchand seems to only get better with age and if he stays surrounded by talented linemates with a penchant for finding him the puck in the scoring areas, then next year could very well be his BEST year yet (which the B’s will need to stay in contention in a loaded Eastern Conference).

If there’s ever such a thing as trending in the right direction when it comes to coaching accomplishments, then beloved B’s bench boss Bruce Cassidy is not only on the right track, but perhaps the conductor of this crazy train. A “Jack Adams Award” finalist for the NHL’s Coach of the Year recognition just two seasons ago (and a snub if you ask me last year), Cassidy can take home the trophy this upcoming season by merely repeating what he did in ’18-’19.

That is: successfully juggle injuries, find production from unexpected sources, expertly manage his goaltenders time and keep the team positively motivated. To say he’s been one of the best B’s coaches would be an understatement… he’s been one of the best coaches in the NHL since he took over from Claude Julien in 2016.  So, why not pull that successful coaching train right into Vegas at the conclusion of the ’20 campaign to take home what he undoubtedly deserves (we just hope he avoids any further collisions like below lol).

Check out the Black N’ Gold Hockey Podcast episode 146 that we recorded on 9-22-19 below! You can find our show on many worldwide platforms such as Apple Podcasts, Google Podcasts, iHeart Radio, Spotify, SoundCloud, and Stitcher.