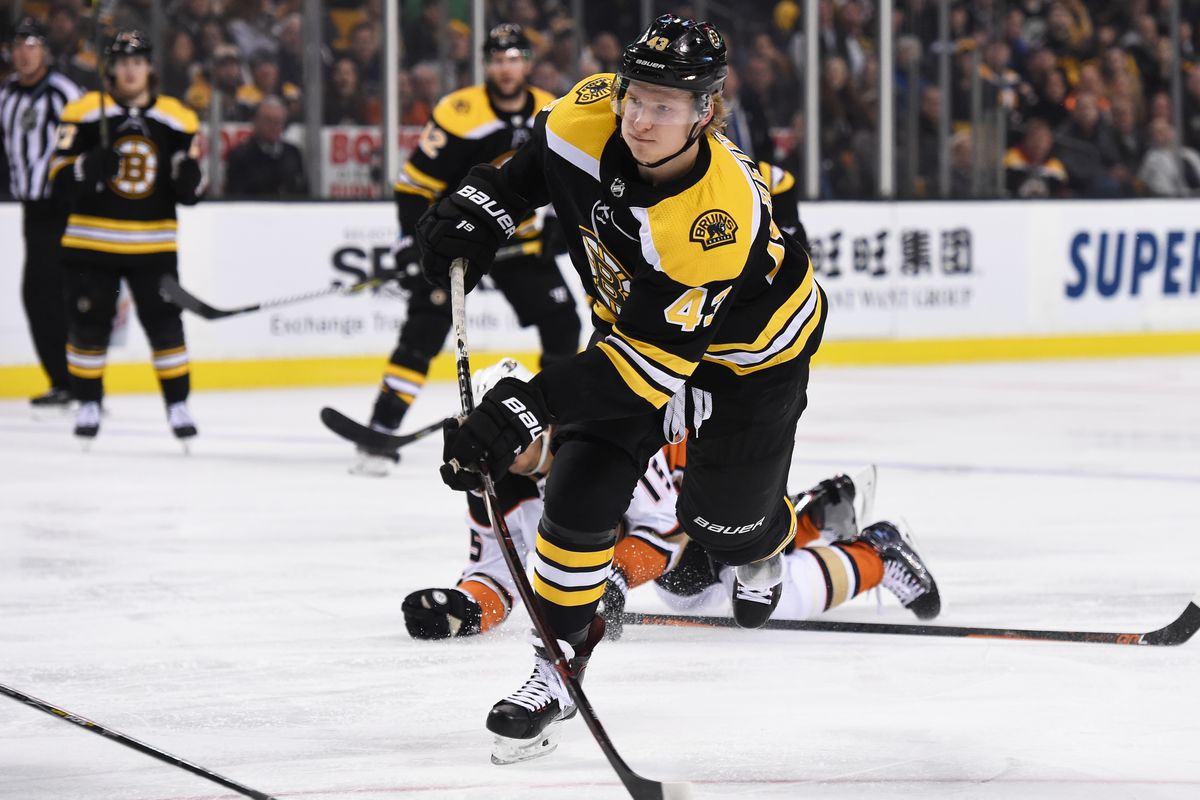 After the shortest summer (albeit feeling like the longest) us Bruins’ fans have had in years, regular season hockey is just days away. The Boston Bruins had one of their most successful seasons in the last decade, coming just a game away from hoisting the cup. After a fairly quiet offseason of additions and subtractions, the Bruins are primed for another big year and here are a few of my big predictions.

Danton Heinen has a 55+ Point Season

Danton Heinen has his fair share of haters, and I still don’t understand why. Heinen flew under the radar in his rookie season with 16 goals and 31 assists (four more points than Jake Debrusk had in that same rookie season). The following year, Heinen had a bit of a sophomore-slump but still managed to have 34 points and a +13 rating.

In the first half of the season, Heinen was predominantly paired with floundering players like Jakob Forsbacka-Karlsson, Ryan Donato and Anders Bjork. The winger managed to pot just four goals and six assists in his first 40 games of the season.

The second half of the season was an entirely different story, however. Mostly paired with Brad Marchand and Patrice Bergeron, Heinen found his game again. In his final 37 games, Heinen was able to score seven goals and add 17 assists, good for 24 points and if that pace was averaged for the full 82 game season, Heinen would end up having a 53 point season.

Heinen’s play didn’t just stop at the regular season. He was 1/3 of arguably the Bruins’ best line in the entire playoffs. Partnering up with Charlie Coyle and Marcus Johansson, the line continued to score big goal after big goal and were a huge reason the Bruins were able to make the run they did.

It seems this season Heinen will begin on the third line with Charlie Coyle and David Backes (who also seems primed for a bit of a breakout season.) If Heinen was able to put up 47 points with Riley Nash and Backes before, I see no reason why he can’t have an even bigger season with an even better center. 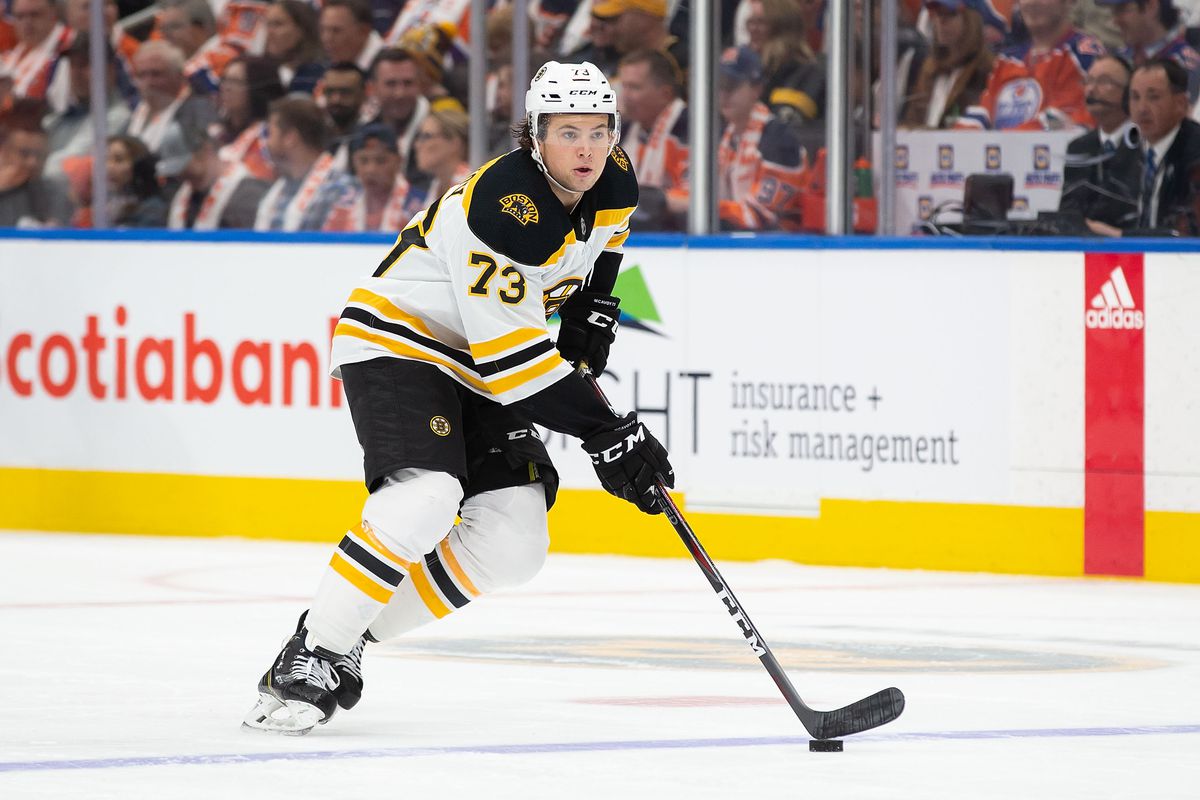 The Bruins Win the Presidents Trophy

I feel like people really didn’t talk about how good this Bruins team was in the regular season last year. Obviously, the Tampa Bay Lightning ran away with the Presidents Trophy last season with a staggering 128 point, but the Bruins ended up coming in 3rd with 107 points (the same amount as the 2nd place Calgary Flames but they had more ROW)

It’s remarkable the Bruins were able to do so well with all that happened throughout the year. We all know the injury train ran through the team, here’s a long list of key players that missed double-digit games due to injury:

Boston’s problems didn’t stop at just injuries. The Bruins went into last season without a true 2nd line right-wing and a 3rd line center, with the thought that their youth would be able to take over. That plan, unfortunately, did not work out. The combination of Ryan Donato, Jacob Forsbacka Karlsson, Peter Cehlarik, Colby Cave, Anders Bjork, and Trent Frederic combined to play 137 games but totaled just 32 points and had a -13 rating. With the addition of Charlie Coyle, and seeing him at his best in the playoffs, the Bruins have one less big question mark regarding their lineup.

This season, there are far better options to shuffle around in the lineup compared to the last season. As I said before, I think David Backes can find his game again and have a successful season. After a handful of regular season and playoff games, Karson Kuhlman looks ready to take a full-time NHL role. We’ve already seen impressive growth from youngsters like Oskar Steen, Anders Bjork, Jack Studnicka and Jakub Lauko after their strong play in the pre-season and there is no doubt in my mind that at least one of them will get the call, and have success in whatever role they are placed in. With the addition of low-risk players with upside like Brett Ritchie and Par Lindholm, there are endless amounts of players the Bruins can give shots to succeed in their lineup.

Their D-core will only improve this season with one more year under the belt of young guys like Charlie Mcavoy, Brandon Carlo, Matt Gryzeck and Connor Clifton. If this Bruins team can stay healthy, and find a little more consistency in their middle-six forward group, a finish at the top of the NHL is certainly obtainable.

Zdeno Chara and his incredible NHL career is nearing the end. While he is still certainly effective, it’s very clear that Chara has lost a few steps over these past couples of seasons. With the league getting faster and faster, that doesn’t equate to a lot of success. This seems like as good of a time as ever to make the switch from the top pairing of Zdeno Chara and Charlie Mcavoy to Matt Grzelyck and Charlie Mcavoy.

Grzelcyk has developed into one of the most underrated defenseman in the entire league. If you aren’t a fan of the Bruins, you may have not even heard of the guy, but his importance to this club cannot be understated. He’s one of the smoothest skating defenseman out there and is incredible at breaking the puck out of the D-zone.

The Charlestown native is very familiar playing with Charlie Mcavoy, after partnering up at Boston University to create one of the best pairings in the entire NCAA in 2015. The duo has already had success as a pairing in the NHL on the Bruins #2 powerplay and seems to be as natural of a defensive pairing as can be. Coach Bruce Cassidy has already given the pair a look in the pre-season, and the results just speak for themselves. The league is transitioning to quick, two-way defenders that move the puck incredibly well and this duo would certainly be one of the best.

*but in case you wanted to know*

The Bruins had a:

During the 17:42 of 5v5 TOI in which McAvoy-Grzelcyk skated tonight:

Check out the Black N’ Gold Hockey Podcast episode 147 that we recorded on 9-29-19 below! You can find our show on many worldwide platforms such as Apple Podcasts, Google Podcasts, iHeart Radio, Spotify, SoundCloud, and Stitcher.