The Boston Bruins continue their tough road trip when they face the Arizona Coyotes tonight at the Gila River Arena. After the B’s held on to win against the Dallas Stars this past Thursday night, they’re hoping to have a repeat against a Phil Kessel-led team. One issue that continues to  face the Bruins: will David Krejci be healthy enough to play today or will his injury continue to sideline the forward?

As the team took to the ice in Arizona yesterday morning, the 33-year-old Czech native skated with more confidence, which bode well with Bruins Head Coach Bruce Cassidy:

” Felt a lot better today (Friday). Did some battles at the end of practice, got through that fine. We’re gonna rule him as a game-time decision. But I’m more confident that he’ll get in tomorrow than I was yesterday morning. But it will be his call.” 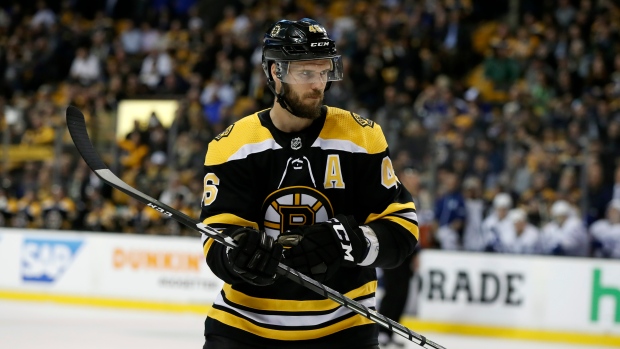 Krejci skated alongside Jake DeBrusk and Karson Kuhlman and is as hopeful as Coach Cassidy in a potential return to tonight’s lineup:

“Another day, another good day. Feeling pretty hopeful for tomorrow…Obviously another practice…I think the thing for me was to get some battles in, alongside the boards. We did some battles after practice. A little extra. That felt good. Happy about it, so hopefully I’ll wake up tomorrow and there’s no setback and I’ll be good to go. We’ll see tomorrow.” 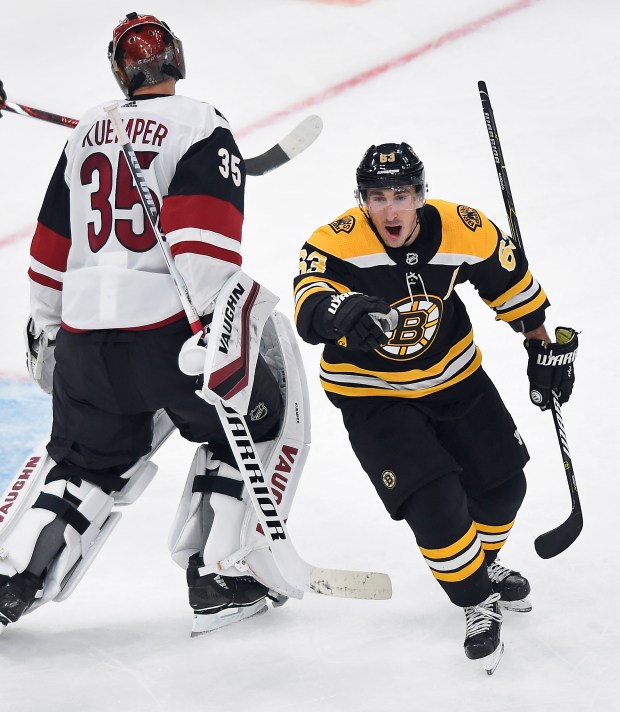 If Krejci is once again not able to play tonight, expect to see Par Lindholm and Brett Ritchie in the lineup tonight. Both played solid in their debut with Boston. Squaring off  against his former team, Ritchie notched the first goal of the season for the Bruins early in the first period.  Minutes later, Lindholm had a penalty in the first that led to a Danton Heinen power-play goal.  Tonight, the Bruins will be looking to continue their win streak versus Arizona as they have previously won the last 14-straight games. Provided that Krejci suits up, here are the projected lineups:

WELCOME TO THE DESERT

With the addition of former Penguins star Phil Kessel and new ownership/chairman, the Coyotes have been thrust into the conversation of a team to watch this season. Kessel will be playing his 776th consecutive game-the second longest active streak in the NHL.  In tonight’s  home opener against the Bruins, Arizona will look to get a win on the boards after dropping their season opener, losing 2-1 to the Anaheim Ducks. Forwards Christian Dvorak and Nick Schmaltz spent most of last season injured and will return to the lineup with a full clean bill of health. Led by Head Coach Rick Tocchet, here are the projected lineups: