The NHL recently announced its 2020 Global Series and the B’s are international headliners for the third time in the last decade. The Black N’ Gold will open the ’20-’21 season on the road in Prague, Czech Republic facing off against the Nashville Predators at O2 Arena.

The B’s most recently opened abroad in 2018-’19 playing the Calgary Flames as part of the NHL China Games, an experience I wrote about for the Black N’ Gold Hockey Blog last Fall.

It was an experience highly regarded by both players and management, much the same way Bruins’ veterans Zdeno Chara and David Krejci remember opening the season in Prague for the first time back in 2010 for the NHL Premiere Series. Krejci shared his thoughts about this trip in a team press release touting its return to familiar territory:

“Opening the season in Prague and Northern Ireland back in 2010 was a very special experience to share with my family, friends and teammates,” said Krejci. “It was the start of a year I’ll always remember. Growing up in Czech, it was my dream to play in the NHL so to be able to play in more NHL games in Europe means a lot to me personally. I think it’s great the League continues to grow the game and bring hockey to different countries all over the world.”

Later in that same release, the B’s forward with the hottest release in the league right now (15G, 15A – 30PTS) shared what playing in Prague means to him since he wasn’t apart of the 2010 trip. Here’s what David Pastrnak had to say about the Global Series against the Preds:

“I was very excited to learn that the Boston Bruins would be heading back to my home country to play in the 2020 NHL Global Series in Prague,” said Pastrnak. “I remember driving to O2 Arena as a kid to go see the Bruins play the Coyotes back in 2010 for the NHL Premiere games. The passionate fans and atmosphere were something I’ll never forget – I can’t wait to feel that energy again from the ice in Prague and Mannheim.”

The presser also notes the Bruins and Predators will complete their training camps in Europe and will each play in an exhibition match as part of the Global Series Challenge. As Pastrnak mentioned, the B’s will report to Mannheim, Germany and play an exhibition game against Adler Mannheim at SAP Arena. 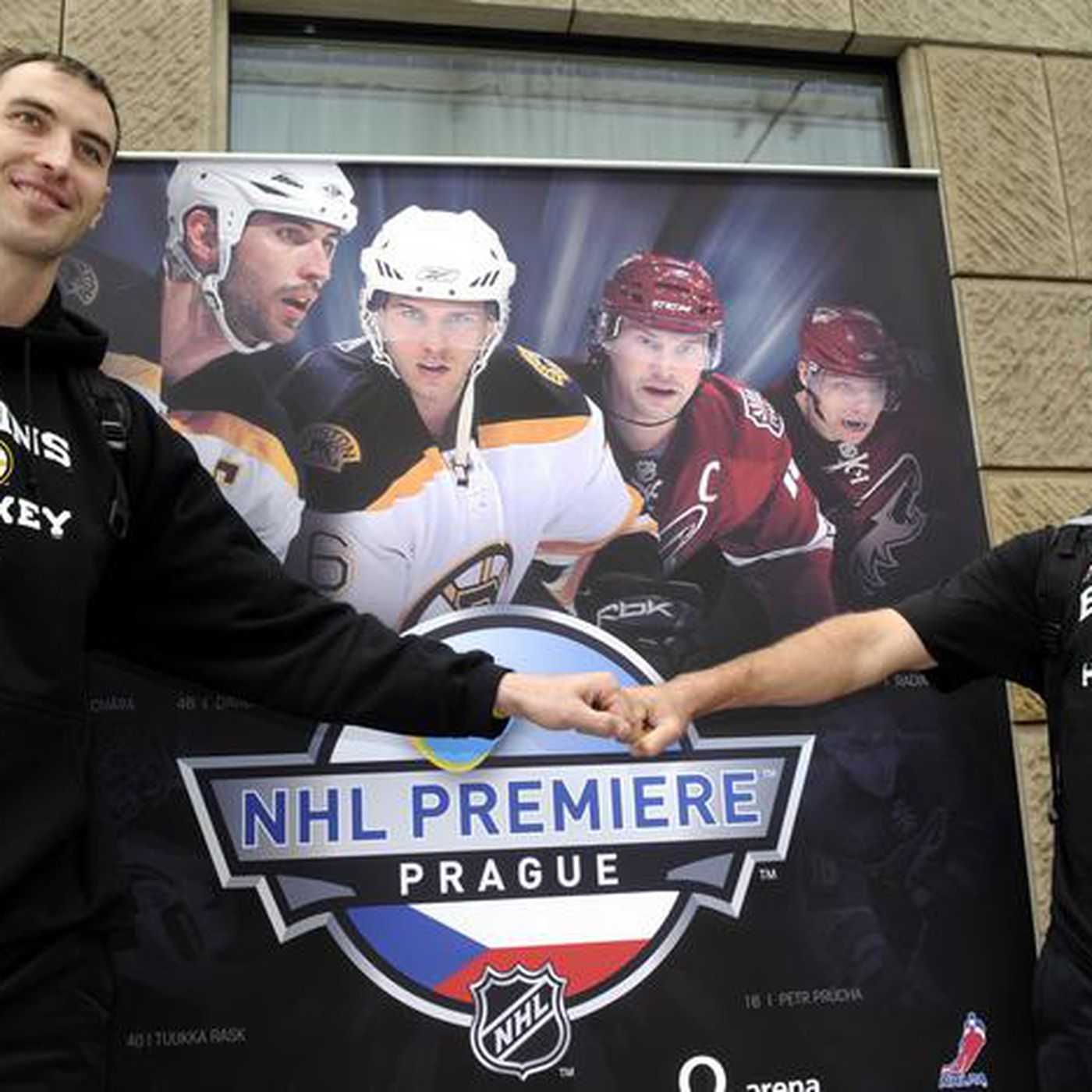 As you can see from the near-decade old photo above, the B’s are no strangers to Prague. Current players on the Bruins roster who grew up in the Czech Republic include forwards David Krejci and David Pastrnak, as the B’s press release notes.