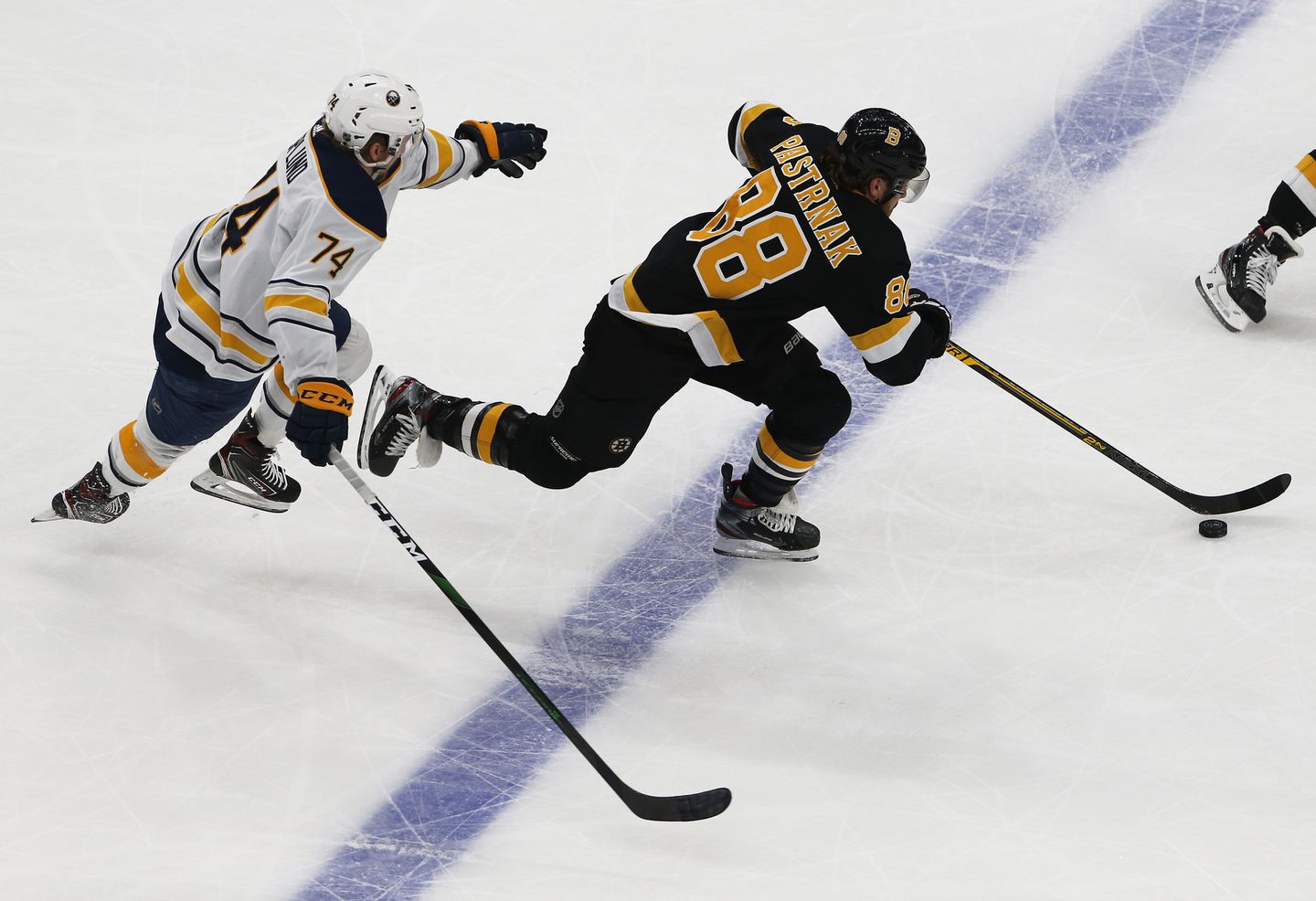 The Boston Bruins returned to the TD Garden in their second of a home/home series against the Buffalo Sabres. In their last meeting on home ice of 2019, Boston came in tonight following a two-game winning streak while Buffalo was looking to get one back after dropping Friday’s game 3-0.

With the first period underway, the Bruins found themselves playing with a man disadvantage, however, they were able to kill off the penalty. Buffalo had some close calls and Boston’s Brad Marchand had a chance to score a short-handed, however, he was staved off by the Sabres defense. Despite the Sabres having more shots on goal, Boston placed a good amount of pressure down Buffalo’s end.  It would the top line of Bergeron-Marchand-Pastrnak that would open up the score at 12:39 in the first. Nailing a wrist shot past Linus Ullmark, David Pastrnak would net his 29th league-leading goal of the season.

Seconds into the next period, Boston would find themselves on the power-play after a trip on Marchand. The Bruins had possession for most of the power-play as they fluttered pucks on Ullmark, but were unable to score.  Despite an initial stop by Rask, the Sabres would push one on past Boston’s goaltender, tying the score at one-a-piece. There was a question on possible goaltender interference, however, it would be ruled a good goal. Rasmus Ristolainen would be credited with the goal off a snapshot. Towards the end of the second, the energy tilted towards the Sabres. Connor Clifton would not return to the game after suffering an upper-body injury.

Boston would have a huge opportunity early in the third when they drew a four-minute double penalty leading to Jake DeBrusk scoring his 10th goal of the season. Seconds later, DeBrusk would score once again. With the Bruins up 3-1 with 16 minutes left in the third period,  Buffalo would fight back as they trickle one past Rask, making the score 3-2.

3-2 over Buffalo. Two power-play goals in the third for @JDebrusk! pic.twitter.com/v5i2CR3lLJ

With minutes left in the third, both teams played with much-needed urgency and desperation and saw the Sabres outshooting the Bruins. Buffalo would draw a penalty with four minutes left as Brett Ritchie would be sent to the box for tripping. Ullman would be pulled with 19 seconds left to the power-play. Boston attempted to add one more on an empty net but fell short asthey drew a penalty with 17 seconds left. Both teams did not score and the Boston Bruins would close out the year on home ice on a high note.

WHAT’S NEXT FOR THE BRUINS: December 31st, against New Jersey Devils with puck drop at 1:00pm, at the Prudential Center.