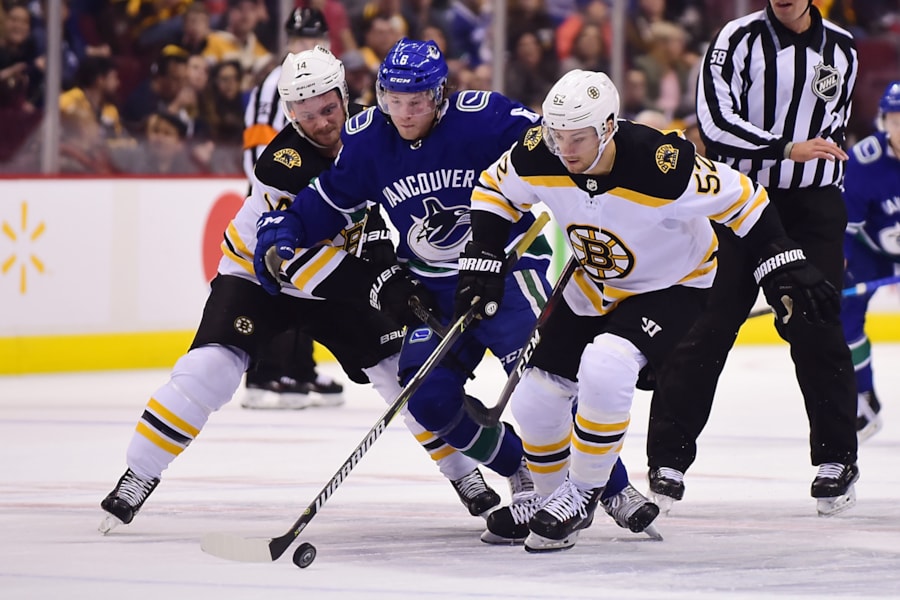 You could say the Bruins were due for a big loss and tonight Boston could not get over the mental and physical hump as they dropped the final series game against the Vancouver Canucks, losing in spectacular fashion. After playing three games in four nights, barring from it being an excuse, the team looked gassed going into the second period.

Hot off the trails from last night’s win over Calgary, the Boston Bruins initially had no hesitation against Vancouver as soon as the puck dropped. There was strong zone time down the Canucks end early in the period as Boston forced goaltender Jacob Markstrom to make some early quick saves. The Canucks pushed towards Boston’s end and would find space between the traffic to bury one in past Rask. Troy Stecher scored his fourth goal of the season at 4:14.

Vancouver has multiple flurry of chances but was unable to capitalize. Bruins defenseman Matt Grzelcyk sent a quick puck up to  David Pastrnak,  allowing the sniper to score his 44th goal on a breakaway, tying the game at 1-1. Momentum switched back and forth between the teams throughout the first period. After Danton Heinen’s stick inadvertently went through the mask of Markstrom, play stopped as the goaltender dealt with lingering vision issues. Thatcher Demko would take over in between the pipes for Vancouver. After a brief medical check-up. Markstrom was back in net. 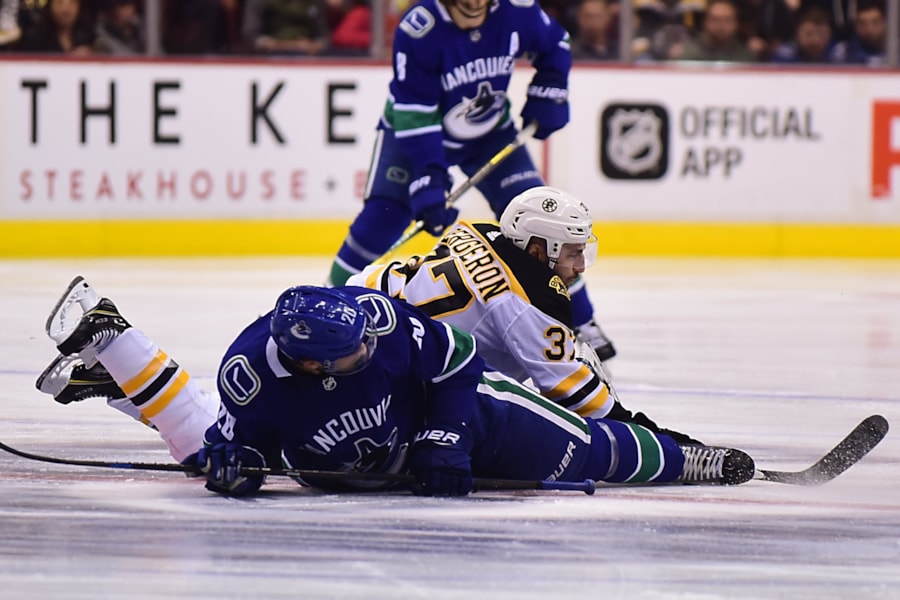 After drawing a penalty on Boston, Vancouver would take advantage as they scored the second goal of the evening.  Bo Horvat would net his 19th goal of the season, putting the Canucks up 2-1. Boston would draw their first power-play of the night, however, after a drive to the net, the Bruins were assessed with a penalty to Patrice Bergeron. Despite high pressure from Vancouver, neither team was able to score on the man advantage as the first period ended.

With the second period underway, both teams continued to put pressure on either end, but Boston would start to lose control of their play.  After a puck redirection, Vancouver’s Adam Gaudette would score his 11th goal of the season, making it 3-1. A shift in play worked for Vancouver as Rask lost sight of the puck, leading to a goal by Tanner Pearson, putting the ‘Nucks up 4-1. Lots of traffic in front of the Bruins net would lead to another Vancouver goal moments after, making the score 5-1. In the last few seconds of the period, the Bruins made a push towards the net but were unable to score. 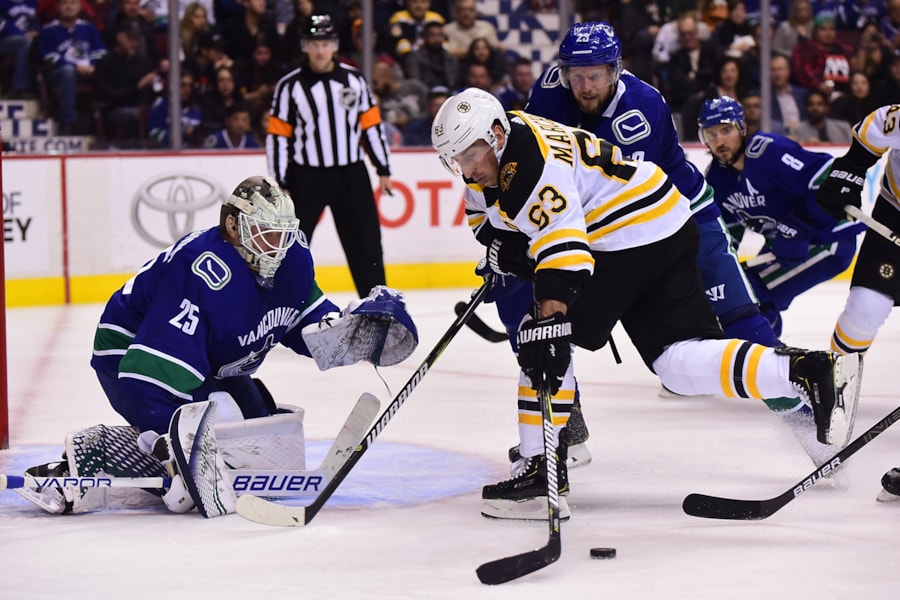 Vancouver would score their sixth goal of the night seconds into the third period. With the game being lost, the Bruins would go on the power-play and Pastrnak would score his 45th goal. Jaroslav Halak would take over goaltending duties. Chris Wagner would net his fifth goal of the season.  As the Bruins tried to mount a comeback, Tyler Toffoli would net his first goal as a Canucks making it 7-3. After a few minutes, Toffoli would net his second goal of the night. Jake Virtanen would nail the final goal, making the final score 9-3.

WHAT’S NEXT FOR THE BRUINS: Tuesday, February 25th versus the Calgary Flames. TD Garden with puck drop at 7:00 pm.