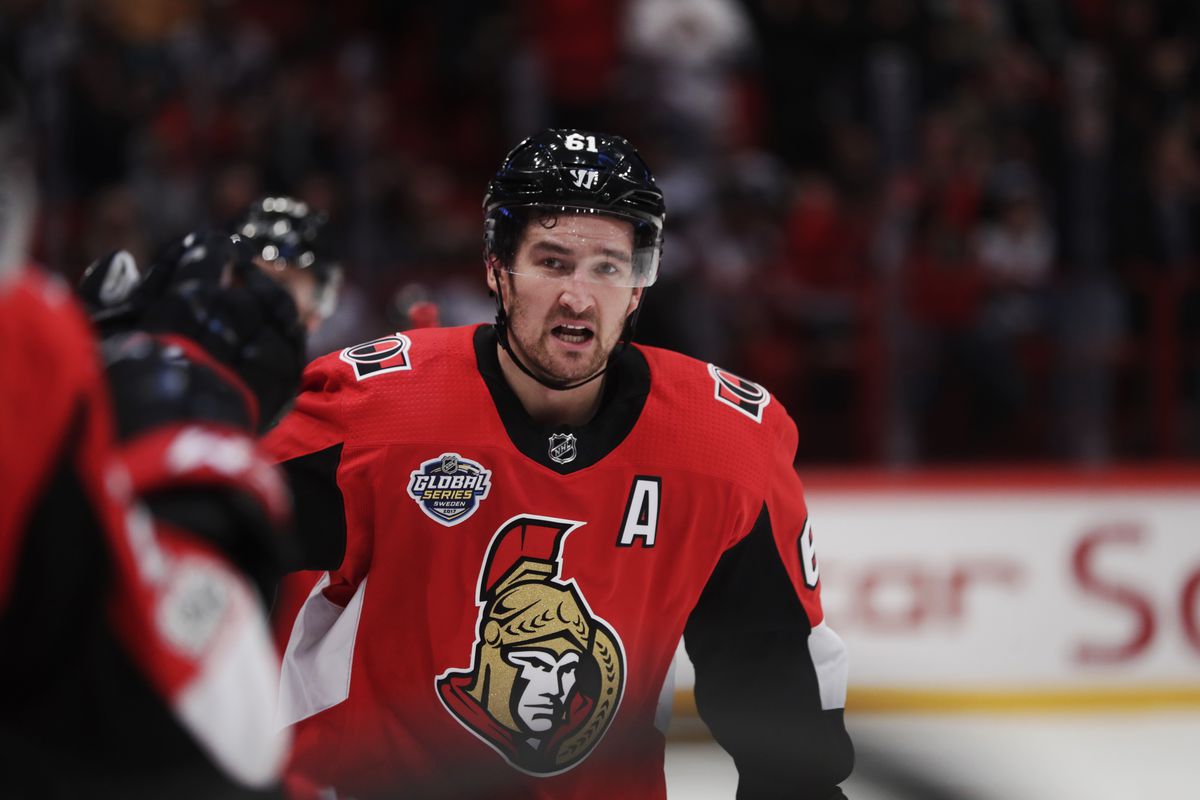 The prize of the NHL trade deadline has been dealt. Mark Stone ends up in Las Vegas with the Golden Knights. The cost? Erik Brannstrom, Oscar Lindberg and a 2020 2nd round pick.

Stone is well-regarded as one of the best two-way wingers in the entire league and is still just 26 years old. This season he has already set a career high in goals (28) and is two points away from his career high of 64. Another major factor about Stone is the fact that, soon after the trade went through, he signed an eight-year extension worth $9.5 million annually. 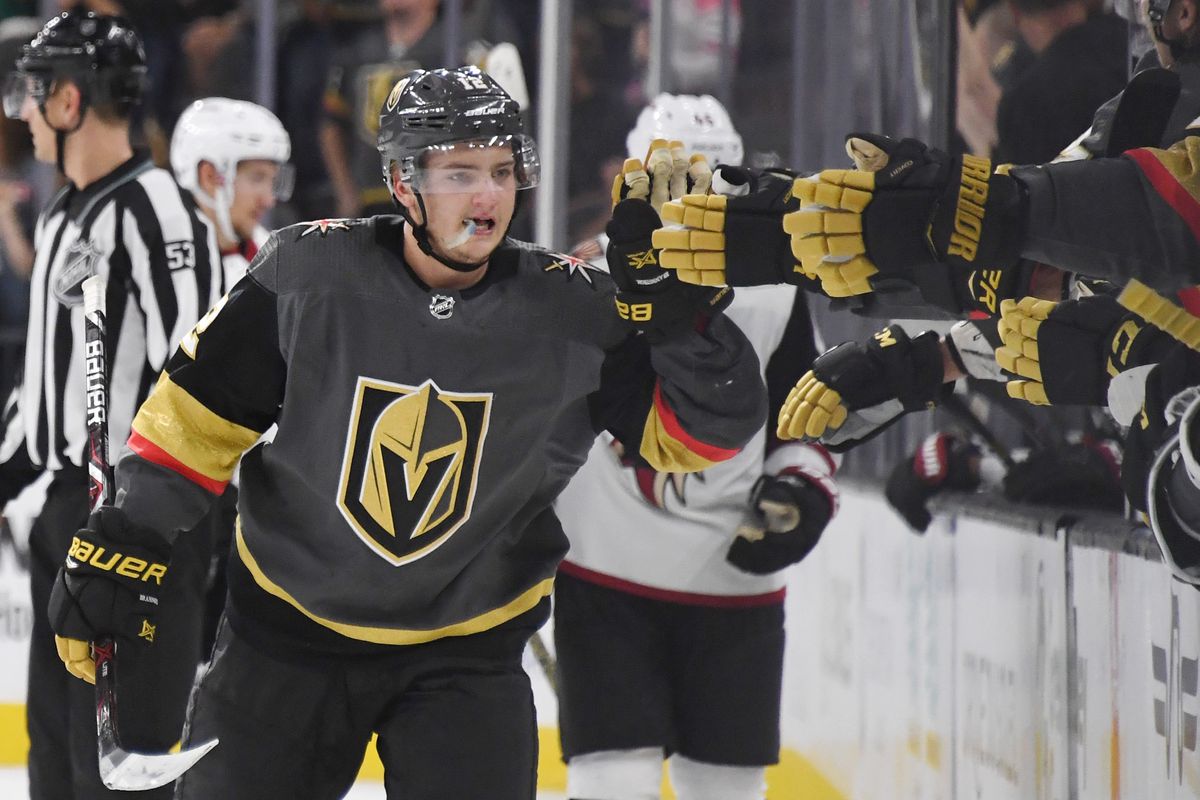 The main piece the Senators got in return was 19-year-old defenseman Erik Brannstrom. Brannstrom was drafted 15th overall in 2017 and is widely considered as an A+ level prospect. The general consensus during “TSN Tradecentre” was that Brannstrom is easily a top-ten prospect in the league right now.

The young Swede has played well in his first season in North America, totaling 28 points in 41 games in the AHL as a D-man. The year prior, he posted 15 points in 44 games playing as a kid against men in the SHL. Brannstrom has also had a lot of international success. Last year, he was paired with phenom Rasmus Dahlin on Sweden’s World Junior team and was a big reason why the team got to the finals. This past World Juniors, he led the Swedes in goals with four. While the comparisons to Erik Karlsson may be a bit far-fetched, there’s no question Brannstrom will develop into a great NHLer when the time comes. The only other player Vegas gave up was forward Oscar Lindberg. Lindberg hasn’t quite replicated his successful rookie season with the New York Rangers where he tallied 13 goals and 28 points in 68 games but has been a reliable two-way forward since then. At 27, he still has time to grow into a better player.

A lot of Bruins’ fans were salivating at the potential of Stone being in the black and gold, and there’s no doubting he would be a perfect fit for Boston, but the biggest problem was clearly the price. Seeing what Stone was able to get in return, what would be a similar return from the Bruins?

Despite having a great farm system, the Bruins don’t tout an A+ prospect like Brannstrom. The closest player to would be fellow 2017 1st rounder, Urho Vaakanainen. While Vaakanainen doesn’t have the offensive pedigree that Erik has, he is still a highly touted two-way defenseman with a ton of upside.

When Vaakanainen was drafted, Jamie Langenbrunner, Boston’s player development coordinator, had a lot to say about the young Fin. “I think Scott mentioned to me … which I thought was high praise for a guy that could effortlessly skate around the rink,” Langenbrunner said. “[Vaakanainen] seems to have a little bit of those tendencies that he kind of floats on his skates a little bit, and it’s something that I don’t believe you can really teach.” Any comparison to a Hall-of-Famer is a good thing.

The Bruins clearly think highly of the 20-year-old. When the Bruins D-core was riddled with injuries, the Bruins decided to call up Vaakainanen despite being just 19 at the time and within his first season in North America. Unfortunately, we didn’t get to see much of the defenseman as he suffered a concussion in just his second game in the NHL. When healthy. Vaakanainen went on to win the gold medal in this year’s World Juniors, tallying four assists in seven games with a +5 rating for team Finland.

Since Vaakanainen isn’t quite the player that Brannstrom projects to be, you’d think a pick would need to be added to even out their hypothetical values there. Maybe exchanging the 2nd rounder that Vegas gave up for a 1st and adding a lower pick, let’s say a 4th.

So at this point, the deal is Stone for Vaakanainen, a 1st round pick, and a 4th round pick. I’m sure Ottawa wanted a roster player in return, preferably a younger player with a bit of room to grow (just as Oscar Lindberg was), so maybe a guy like Peter Cehlarik would also go the other way.

Cehlarik, 23, is a smart player with a great work ethic; however, he doesn’t have a massive ceiling. With that said, he has shown quite a bit of promise throughout his brief stint in the NHL. This season, he has four goals and six points in his 14 games with Boston.

So would a realistic offer for Mark Stone be Urho Vaakanainen, a 2020 1st, 2019 4th, and Peter Cehlarik? I’d say it’s pretty similar in value to what Vegas gave up, but I’m not sure either team would end up doing it. According to @BruinsNetwork on twitter, it was what Vegas offered, not what the Bruins didn’t in regards to Stone so maybe he was destined to never be a Bruin.

Been inquiring on this all day, and according to a team source, the Bruins weren’t holding back in regards to a potential Stone trade. Was told they made it clear that prospects were available and source said it’s about what Vegas offered, not what the Bruins didn’t. #NHLBruins