By: Lucas Pearson  |  Follow Me On Twitter @LucasPearson_
With Game One just hours away, I thought it would be an intriguing idea to compare the lineups between the two teams in the Stanley Cup Finals. The Boston Bruins and St. Louis Blues have been among the hottest teams in the NHL since the start of 2019 and play a similar physical style of hockey, so seeing how the lineups look against each other should be interesting.

Jaden Schwartz has been an animal all playoffs long. He’s second to just Logan Couture in playoff goals with 12. After a shaky start to the playoffs, Vladimir Tarasenko has really elevated his play as of late, scoring three goals and adding five assists in six games against the San Jose Sharks. Couple these two players with a formidable 200-foot player like Brayden Schenn makes this one of the better 1st lines in the league, but not the best.
That award may well go to the Bruins top line, who have combined for 46 points in 51 games these playoffs. Brad Marchand is second in playoff scoring with 18 points, and after a mediocre first round, just like Tarasenko, Pastrnak has elevated his play as these playoffs have gone on. Last but not least, we have Patrice Bergeron, who has been solid offensively, but just incredible defensively. The defensive capability just pushes this line over the Blues’.

Getting Sammy Blais back from injury provided a jump this second line needed for the Blues. The 2014 6th rounder (who was the pick the Blues acquired from the Bruins for Wade Redden actually) has been a +5 in eight games since returning to the lineup. David Perron is following up on two great regular seasons with six goals and 13 points in these playoffs, and Ryan O’Reilly is St. Louis’ version of Patrice Bergeron.
On the other side, we have three players, all with playoff success. David Krejci is a bonafide star in the playoffs, leading the league twice in scoring.  As captain of the Blues, David Backes went through many playoff runs and always produced when needed, whether that was through his offense, through his physicality or through his leadership. Similar to Blais, since Backes has been in the lineup, it’s provided a real spark, adding five points in the 11 games he’s played.  Jake Debrusk had a great playoff run last season, and while he hasn’t been quite as good this year, he’s still playing really solid hockey. I’d say experience just barely gives the Bruins the advantage in this regard.

Both of these are exceptional 3rd lines and have striking similarities. The two have an influx of speed, size, and skill with all three players on each line having great two-way abilities. St. Louis’ trio has combined for 23 points and most importantly, four game-winning goals in 19 games. Despite how good that line has been, the Bruins’ third line has simply been better. Danton Heinen leads all forwards in +/- in the playoffs and Johansson, and Coyle have developed some great chemistry, combining for nine goals and 21 points in the 15 games they’ve played together.

I’m not sure two fourth lines in the NHL get more ice time than these two. The injury to Chris Wagner will certainly hurt the Bruins, but Noel Acciari has played well when he’s been in the lineup so the line shouldn’t fall off too much. Sean Kuraly is basically a playoff legend to Bruins fans at this point, and Joakim Nordstrom has proven to be worth every penny of his contract with his play in the playoffs. The Bruins may have the second best fourth line in the league, but it’s second to the Blues’.
To have a guy like Alex Steen on your fourth line shows that you have some serious depth. While age has caught up with the veteran a bit, he continues to be a force on both ends of the ice. He’s scored double-digit goals for ten straight seasons (aside from the lockout year) and continues to be a leader on and off the ice. Oskar Sundqvist has come out of nowhere and been a great depth piece for the Blues. He notched a career high in goals, assists, and points (with 14, 17, and 31 respectively) and has eight points in limited minutes in these playoffs. The last piece of that line is the youngster Ivan Barbashev, who similar to Sundqvist, has broken out this season, notching 14 goals and 26 points in the regular season and put up a respectable five points in these playoffs. 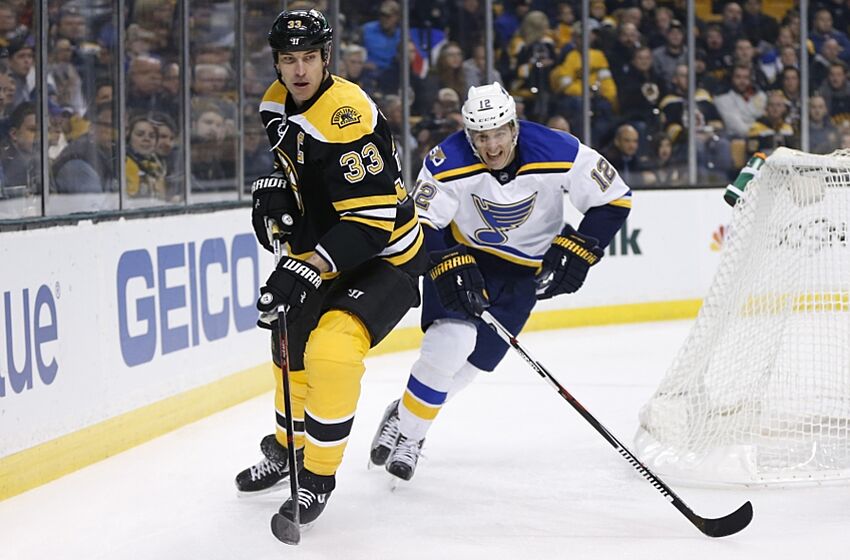 The Blues have a bit of a theme to their defense, and that theme would be the size. The shortest player on the Blues D is 6’2, and the average size is almost 6’4. This duo features the Blues captain, Alex Pietrangelo (6’3) who has continued, year in and year out, to be a great leader and an even better player. He’s third in playoffs scoring from blue-liners and continues to eat up ice time, averaging almost 26 minutes a game. His partner is Joel Edmundson, who is another young player for the Blues that is blossoming in these playoffs.
The Bruins first pairing is basically take your son to work day with the age difference between Zdeno Chara (42) and Charlie Mcavoy (21). All jokes aside, this pairing has been excellent all season long for the Bruins. They continue to shut down stars every series they are in. Guys like John Tavares (two goals, -5 rating), Artemi Panarin (-3 against the Bruins) and Sebastian Aho (one goal, -1 rating) were all looking for more production after their series against the Bruins, largely in part to the job that Mcavoy and Chara were doing. 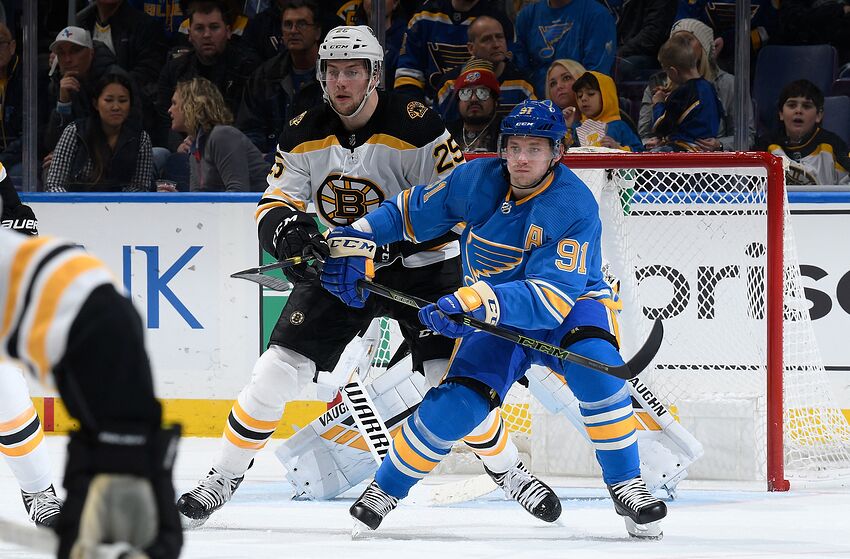 Jay Bouwmeester still has it. Following a rough start to the regular season, becoming a healthy scratch for the first time in his 17 year career, the 6’5 defenseman has turned it up a notch, sporting a +5 rating and five assists throughout these playoffs. While his name may not ring much of a bell, Colton Parayko is turning into a stud. The 6’6 Alberta native is in his fourth year in the league and just continues to impress. As a defenseman, he already has a goal and ten assists to pair with a +6 rating in these playoffs. This massive pairing is a huge reason why St. Louis has been so successful.
It’s hard to have one of the best offensive defensemen in the league. It’s just as hard to have one of the best defensive blueliners in the league. The Bruins are lucky to have both on the same pairing. Similar to Parayko, people are starting to recognize how good Brandon Carlo really is. There isn’t much offense in his game, but he has been so good in his own end and just seems to never get beat when he’s on. Torey Krug has been in the top ten in points per game the past three seasons and with 12 points in 17 games, hasn’t skipped a beat in the playoffs.

This matchup was honestly the hardest to decide. They are two very good, but very different types of third pairings. The Bruins have a young and mobile pairing. Matt Grzelcyk is one of the most underrated defensemen in the league, and Connor Clifton can mix his speed with his physicality and looks nothing like a rookie in these playoffs.
On the other side, the Blues have a pair of veterans. Again, it’s a big pairing with Gunnarsson being 6’2 and Bortuzzo being 6’4. Neither of the two has all too much offense in their game, (although Bortuzzo had a gem of a goal in the series against the San Jose Sharks) but the pair is as good as you can get from a shutdown third pair.

Here are Rask’s numbers thus far in these postseason games 12-5, 1.84 GAA, .942 Sv%.
Binnington has been an incredible story and has played great the entire season and throughout the playoffs but man, you just can’t beat what Tuukka Rask has done, the numbers just speak for themselves.
So I have the Bruins winning all but two of these “matchups,” but that doesn’t give the Blues even close to enough credit. Aside from the first forward line and maybe goaltending, every other matchup could’ve honestly gone either way. Both of these teams have incredible depth up front, and on the back end. I think the Bruins are a better team but by just a hair. It’s going to be an awesome series to watch, I’m picking the Bruins in seven.

Via @BlackNGoldPod writer Andrew Lindroth.
Give Andrew a follow @AndrewLindrothh