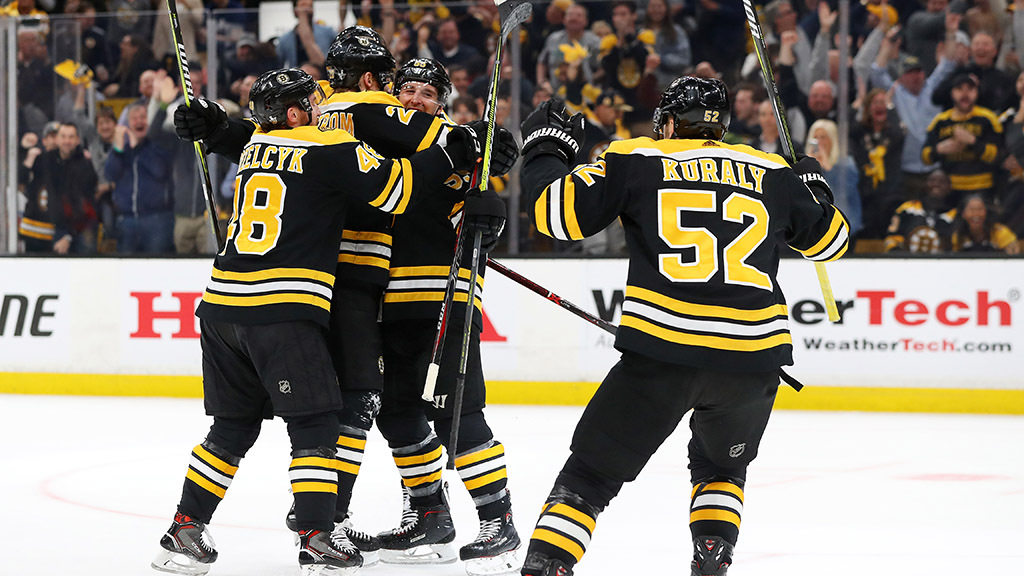 With the offseason in full gear, teams around the league have started preparations for the 2019-2020 season. The Bruins, while having a quiet offseason so far, have made a couple of minor moves to help their depth out like bringing back Steve Kampfer and Connor Clifton as well as signing free agent Brett Ritchie and Par Lidholm. While we await the news on both McAvoy and Carlo lets take a look at how the Bruins match up with the rest of the eastern conference as of today.

The Bruins’ division so far this offseason have made upgrades and has some question marks too. The Tampa Bay lightning are the favorites to win the division again, and it would be silly to think the Bruins are on their level after the last regular season’s finish. While the Lightning did lose a key defenseman in Stralman, they added a decent defenseman in Luke Schenn as well as Nolan Foote in the draft. They also signed ex-Hurricane goalie Curtis McElhinney and ex-Devil Scott Wedgewood. They still have the rest of the original gang from last season returning with the question mark being Point and how much will Tampa Bay pay him and for how many years? As it stands right now, the Bruins goaltending duo of Rask and Halak is right on par with Tampa’s, but Tampa still has better forwards up and down the roster, and their defense is a bit stronger than the Bruins so don’t expect the Bruins to pass them for the division crown this year.

The Bruins’ other closest opponent the Maple Leafs right now is a bit of a question mark team. Their additions of Kerfoot and Barrie give them a much-needed boost on both offense and defense, however, they lose Kadri and are still waiting for the shoe to drop on Mitch Marner who seems to want to get a huge payday. Berrie provides a nice offensive game to the Leafs defense and skates well, but with the loss of Zaitsev to Ottawa and the failure to address their back end this offseason, the Leafs defense is once again hit or miss. Expect the Bruins to take advantage of this as the Leafs will have to rely on offense (again) to carry them which will help the Bruins slip past them in the standings as the Leafs drop some important games down the stretch due to a weaker than average defense.

As far as the rest of the division goes, nobody knows. Buffalo, Ottawa, and Detriot are not in the same stratosphere as the Bruins right now, and while Florida has signed Bobvrosky, they still have many holes which won’t be enough to catch the Bruins, but maybe could sneak them into a wildcard spot. We will have to wait and see.

The Metro is where things get dicey in the east. New Jersey went on a spending spree adding Wayne Simmonds and P.K Subban to go along with Taylor Hall and Travis Zajac. They buffed their depth with taking a special talent Jack Hughes with the first overall pick. Expect New Jersey to be right in the mix along with the Bruins as their offense just became more dynamic, and their defense became stronger with the addition of Subban. The Washington Capitals, as we know, have been the Bruins’ biggest kryptonite the past few seasons and will once again be in the mix for a top seed along with the Bruins. It is imperative the Bruins solve Holtby this year, which is a tall task for them, but it can go a long way with later down the line when the Bruins have to play for seeding. The New York Rangers also became a bigger threat after drafting Kappo Kako and sign Panarin. With Lundqvist still in the cage, the Rangers are no slouches to contend for a wildcard spot. Bruins have more depth and firepower than the Rangers but expect them to be right in the thick of things.

“With the first pick overall, the New Jersey Devils are proud to select from the US program, Jack Hughes.” pic.twitter.com/z4OAVorFOw

The rest of the division is a toss-up. In honesty, every single team in the Metro could make the playoffs this year, and the Bruins have separated themselves from half the division, they still have to keep two sets of eyes on it just to make sure no one is sneaking up behind them or they have an early playoff matchup with one of the teams.

It’s hard to exactly judge where the Bruins will stand towards the end of the season, but as of right now they are still a top 5 team in the east, but they need to make sure the Carlo and McAvoy contracts get done if they want to stay that way. Look for Boston to be right in the playoff mix by midseason again with basically the same core and goaltending duo.