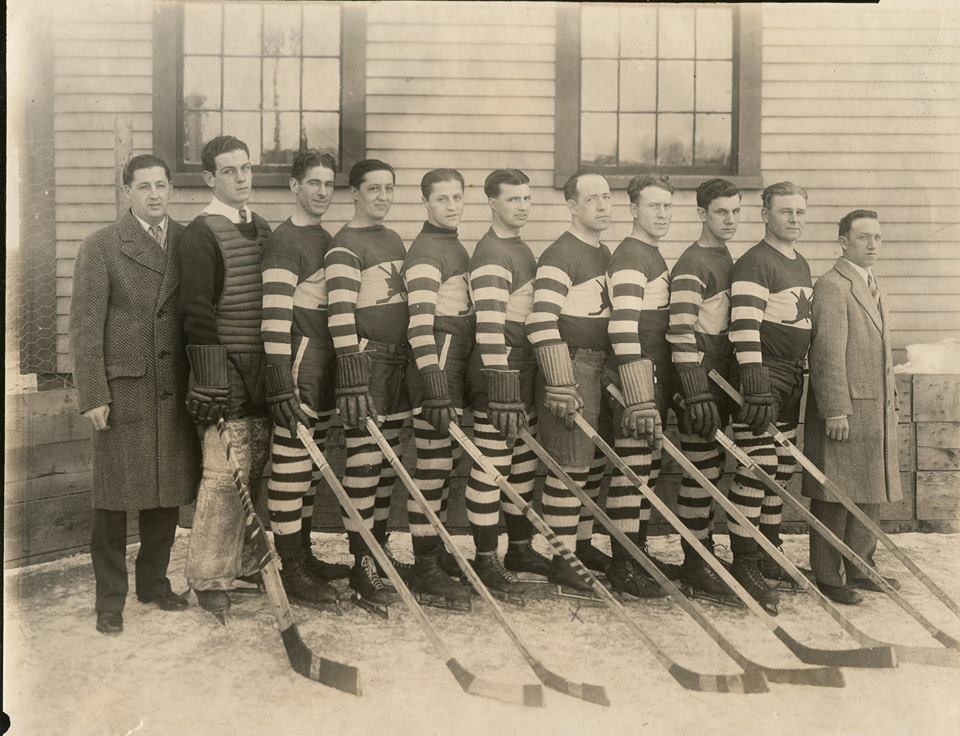 The town of Amesbury is located in the Northeastern part of Massachusetts, bordering New Hampshire and is best known for its rich history in the early industry with many products that helped build our nation to what it is today. During the Industrial Revolution, the town became famous as a leader in the manufacturing of horse-drawn carriages and sleighs. Many companies laid residence along the Powwow River as the downward grade supplied natural power to manufacturers that lined its shores. An increased demand for carriage production came with the popularity of shipping products nationwide via railroad. With increased product demand during this time, employment was plentiful, and people from afar were anxious for a new beginning.

During the mid-1850‘s a massive migration of French-Canadian citizens sought a better life in the United States, and many of those people made their way to Amesbury for jobs and to raise families in the predominately French community. With the movement south, many immigrants brought the winter activity of pond hockey or “shinny” along with them as a source of entertainment during the long New England winters. The game of “Shinny” could be played with as many as 14 players per side on an open pond or lake without the use of nets. The game was played as a “keep-away” type of game and good for all ages, and skill levels.

Photo Credits:  library.sps.edu (left), and vintage hockey.tumbir.com (right) Both pictures above are the rink at the St. Paul’s School.

Ice Hockey gained popularity throughout the Northeastern United States as the first organized game in the America was played in Concord, New Hampshire on November 17th, 1883. A huge crowd watched history in the making at the St, Paul Preparatory School on the lower pond of the school’s grounds. St. Paul’s School is also where the first American Ice Hockey star learned how to play the game when the famous Hobey Baker started at the age of fourteen. Baker would spend four (1906-10) seasons at St. Paul’s before leaving for the Ivy League at Princeton University.

With many workers in the local mills having accessibility to ice in the winter close to their place of employment a few companies would create individual “shop leagues” as a source of recreation during the early 1900’s. As these “shop leagues” were very popular with local residents, two local businessmen would flirt with the idea of organizing an “elite,” or “town” team that would represent the residents not only locally, but from afar as well. 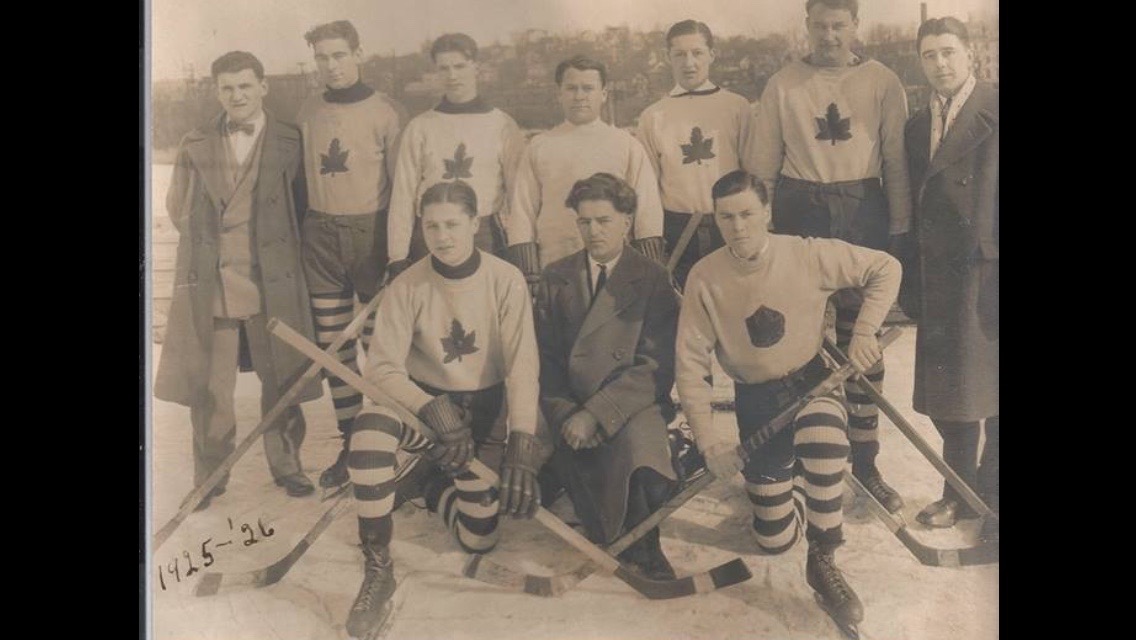 In 1924, Emilien “Mickey” Jutras,  and Armand Hudon organized the Amesbury Maples Hockey Club, and handpicked a team from local talent to start an organization that would be built on hard work, and community pride, but also to represent a sense of tradition that would last over 70 years. Through the years this team gained popularity in the hockey community as being one of the best amateur (semi-pro) teams in the United States.  With the impressive play of the team in the early years the Maples would appear in the New England Amateur Athletic Union’s annual tournament during the 1930’s which represented New England’s best teams. In these competitions, the Maples would have a chance to play for a national championship if you were one of the successful teams to go that far as a non-collegiate amateur organization.

During the 1930’s the team would have the greatest years known, as the organization would make an appearance in the highly regarded NEAAU tournament eight times in 11 years (1930-31 to 1940-41). These matches were hosted in popular areas throughout New England such as Lewiston Maine, Providence Rhode Island, and Boston at the “original” Garden. The Maples would play at the famed Boston Garden 5 times during the 1930’s and were heavily rumored to have been scouted on many occasions from the National Hockey League’s Boston Bruins.

The best season known on record was the 1939-40 year when the team had a 19-3-2 regular season record and won the NEAAU championship with a 7-0 win over Concord New Hampshire at the Boston Garden. After that, the group moved up to play in the National Amateur Athletic Union with hopes to be the nations best. In the semi-final of the NAAU tournament, the University of Minnesota club was just too much for the Maples who lost the contest by the score of 9-4 from Lake Placid, New York. Minnesota would go on to be National champions that year.

The early 1940’s were tough years for the organization as interest was low, as many players were drafted or enlisted into the service as the United States would be in the early stages of World War II. Although there was plenty of talent available throughout Amesbury to replace the soldiers off to war, activity was silenced as night games were blacked out and travel restrictions were heavily enforced, and the Nation rationed valuable resources during this difficult time. The team returned for a 17 game schedule (12-4-1) during the 1947-48 winter season. Unfortunately, the Maples wouldn’t enter in another NEAAU hockey tournament after the 1940-41 season. Due to increased working hours as many workers were also called to duty, as the companies they were employed by were supplying goods to help the fight for the nation’s defense, interest in the sport was low with the restrictions of artificial light. During wartime, it wasn’t uncommon to have the land completely dark with the fear of nighttime bomb raids which with more extended working hours made games at night virtually impossible.

For the next 14 seasons (1949-1963) the team would drop it’s “semi-pro” status as they would enter the Merrimack Valley Hockey League senior division where they produced a 115-49-8 record. For the next 30 seasons, the team would continue to play until they disbanded in 1994 after celebrating over 70 years as the longest active amateur hockey team in the United States. The Maples organization compiled a lifetime record of 362-133 and remarkably only had two losing seasons in seven decades.

Below are rosters through the years of Maples Hockey:

Thank you for taking the time to read this article. This project at first was a difficult one, as ‘zero’ information is available via the internet. This was a project of traditional research and good people that donated personal family belongings that showed me a gateway to information that I needed to get started. I’d like to personally thank The Hudon Family, the Picard Family, the Cloutier/Quinn Family, the very co-operative people at the Amesbury Public Library, and the efforts of local sports historian Harold “Bert” Spofford, whose countless hours of research into the Maples organization for the 70th anniversary celebration will never be forgotten. Thanks, Bert!

This article is the first edition of a “legend” series that I’ll be working on in the future, focusing on the families, and individuals that wore the Kelly Green and White uniforms throughout the team’s history. With doing these projects, I would not only like to educate those who are interested in learning about this team but would also like to further pursue this organization’s rightful spot in the Massachusetts Hockey Hall of Fame, and the United States Hockey Hall of Fame Museum in Eveleth, Minnesota.

If anyone has any information/photos on a certain Maples player or organization member that deserves an honorable mention in future articles, please contact me at the many social media outlets provided below, as I’ll be interested in discussing any material you have to offer with projects moving forward. 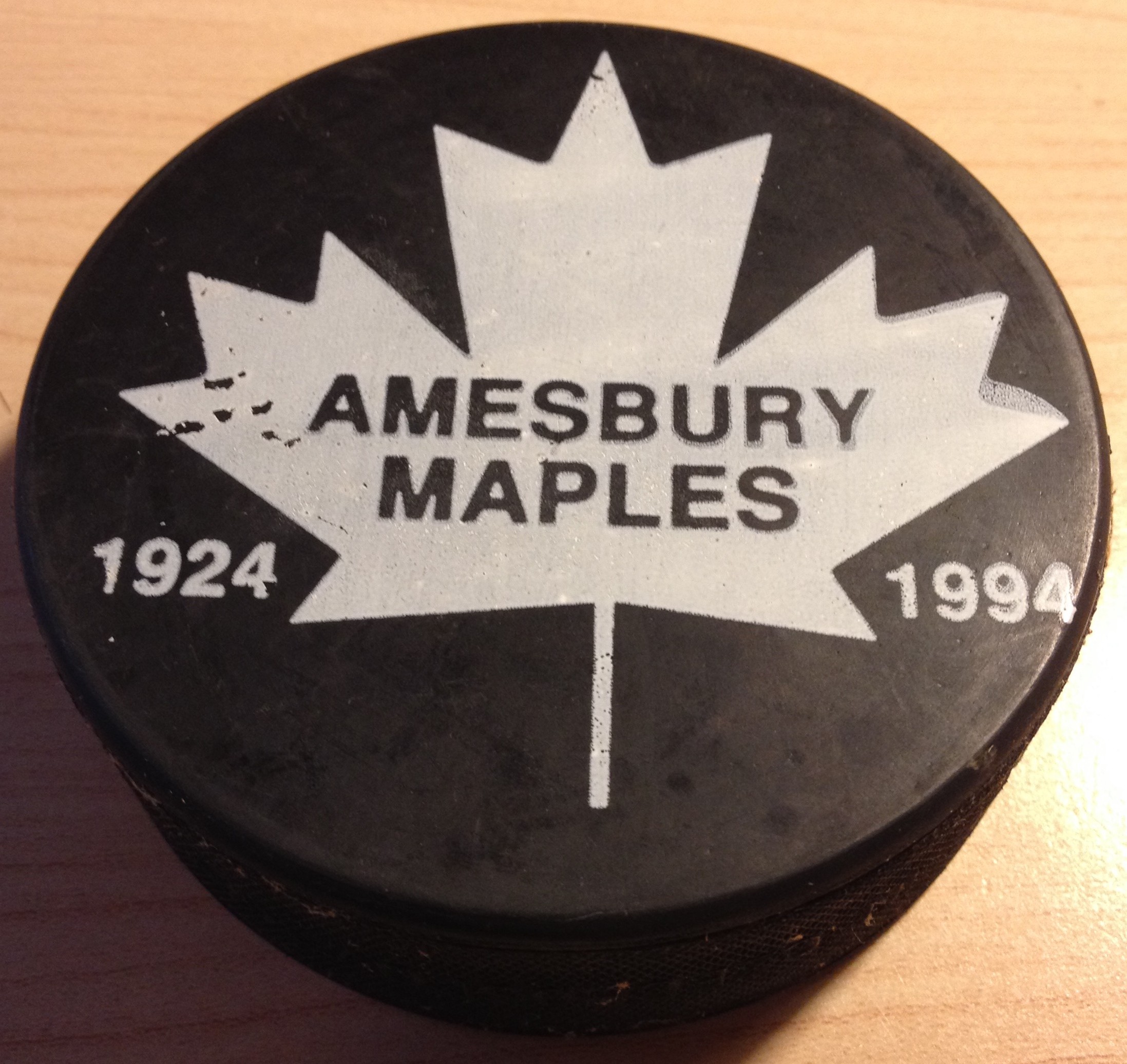