Why We Love Bruins Patrice Bergeron

Since being drafted 45th overall in the 2003 draft, Patrice Bergeron has had many memorable moments wearing black and gold. Here we look at why we love #37 in his so far 14 years with the Bruins.

Playing Through His Injuries

The 2013 Stanley Cup showed us just how tough not only hockey players are, but how much Bergeron wanted to bring the cup back to Boston. A broken nose, separated shoulder, broken rib and most notably a punctured lung couldn’t stop him from playing. However recently he said, “I’d do it again because my teammates and I knew what it felt like to hoist the Cup… But most of all, I’d do it all again because I am aware a pain that hurts so much more than any of those injuries: The pain of not making the playoffs at all.”
(Credit Boston.com)

Hockey is an incredibly tough sport, it’s fast, physical with thousands of fans watching; expecting every player to give it their best. Now imagine playing with four injuries while acting like everything is fine. We look no further than Patrice Bergeron. 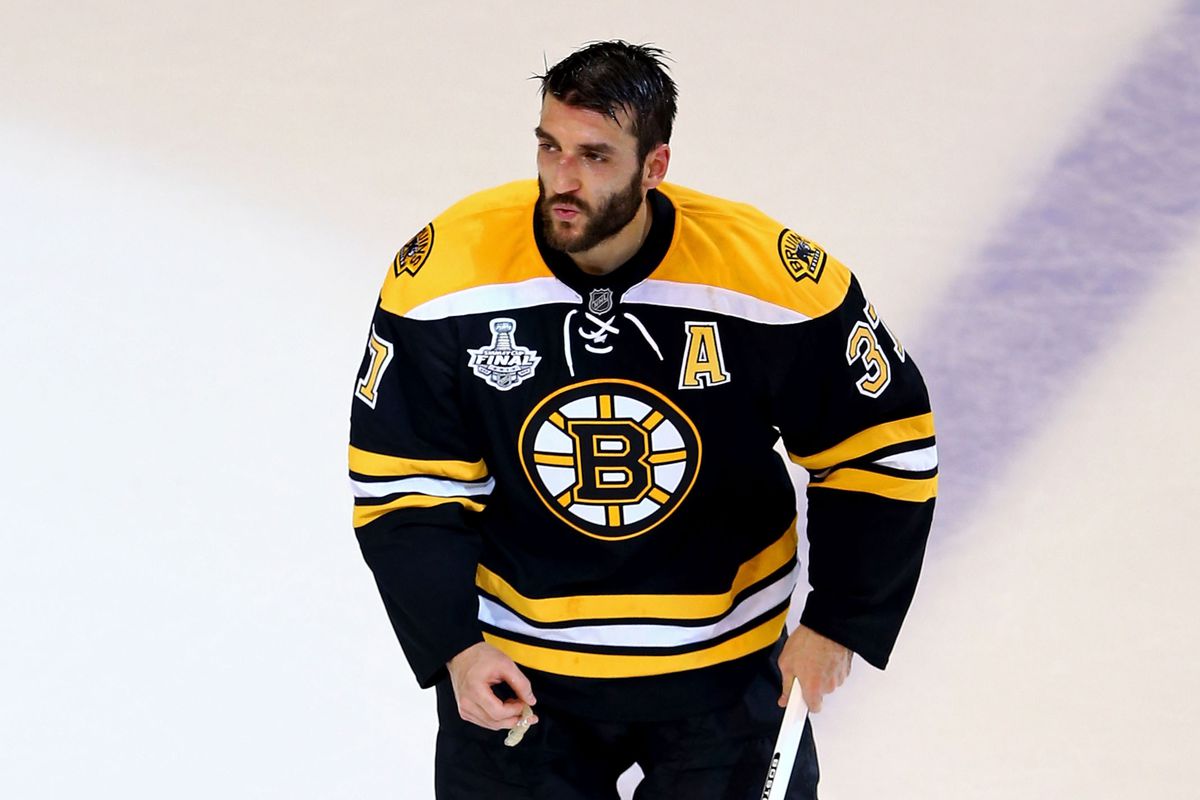 King of the Selke

The Selke has been awarded to the best defensive forward since 1978, and the player with the most Selke’s was Bob Gainey (who won all four with the Canadians) since 1981. This was the case until June 21, 2017, when Bergeron won his fourth for the 16/17 season. Last year Bergy played 79 regular season games despite having a sports hernia. This was his second Selke in the past three years. Meanwhile, the Bruins finished 9th regarding goals against at 2.55, making it clear that the center had a significant role in the team this past year.

As mentioned above, Bergeron is the league’s best defensive forward. However, this does not stop from leading at the front. He has contributed to some important goals in recent years for the B’s. Such as the game 7 winner against the Toronto Maple Leafs or the double overtime winning goal against the Pittsburgh Penguins (both of which came in 2013. For a defensive based forward, Bergeron boasts 259 goals along with 412 assists, good for 671 points in 899 NHL regular season games.