What’s The Best First-Round Matchup For The Boston Bruins? 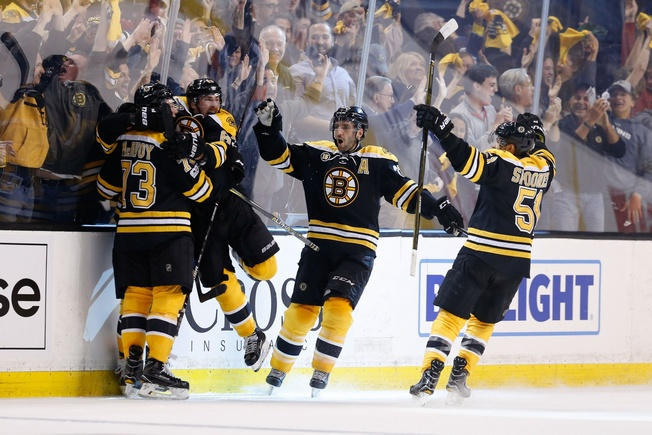 A few days ago, I made a poll on my Twitter account, (follow it for the latest news), asking Bruins fans which team they would rather see the Bruins play in the first round of the upcoming 2018 NHL Playoffs. The poll results did not come as a surprise, as the majority of fans wanted to see Boston/New Jersey, mainly feeling that the Bruins had a better chance at winning the seven-game series against the Devils.

What team would you rather see the #NHLBruins play in the first round of the 2018 NHL Playoffs?

At the moment of writing this article, the Florida Panthers are still in the mix for the Eastern Conference playoff race, as they are only three points behind the New Jersey Devils for the second wild-card position, with two games in hand. However, for simplicity’s sake, we will stick to the three main teams that the B’s could meet in the first round.

One more note before we dive into this, the thoughts below are of my own opinion, based on statistics. I would love to hear your personal opinions on the matter, but without further ado, here we go.

The Toronto Maple Leafs come out as the clear favorite to be the team that gets to play Boston in Round One. As of March 29th at 7:00am CST, the Maple Leafs currently sit in the third Atlantic division spot, with a record of 46-24-7, good for 99 points. Toronto has been in this spot for an extended amount of time, as the top three teams in the Eastern Conference, happen to be in this one division.

First off, how have the Bruins done so far this season with the Leafs? Out of all three teams that we will cover, the Bruins have won the least amount of games against the Leafs than the other ones. In all four games of the season series, the Bruins went 1-2-1 against Toronto. The sole victory over the Ontario team came on February 3rd, a 4-1 win.

Ever since the Leafs signed longtime Detroit Red Wings’ head coach, Mike Babcock, the youth movement has taken over. Auston Matthews, Mitch Marner, and William Nylander are the biggest names that headline the roster filled with players under 25 years of age. Mixed in with older veterans and a goaltender that can be solid on most nights, the Toronto Maple Leafs have a recipe for success to be a good team in the NHL for many years to come. 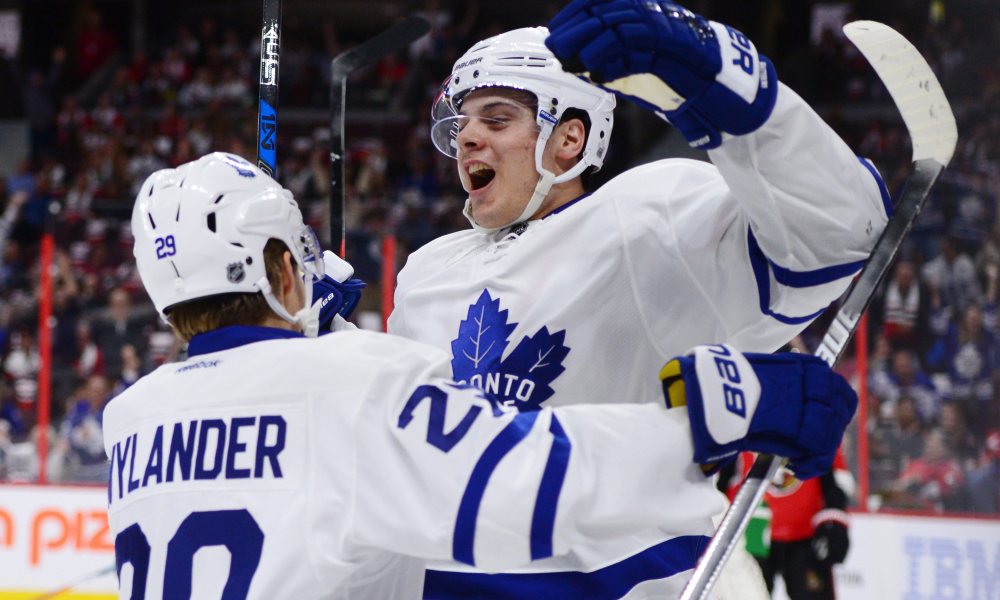 One flaw that the Leafs seem to have, is the number of shots they allow in a game. The team currently ranks as the team who allows the fourth-most shots per game (33.9), while the Bruins allow the second-least amount of shots per game (29.2). This statistic highlights the weakness of the defensive core and the amount of reliance they place on their two goalies, Frederik Anderson and Curtis McElhinney.

As stated previously above, Toronto is loaded with talented forwards and two solid goalies, but without question, the best player on the Maple Leafs has to be 2016 1st overall draft pick, Auston Matthews. Even with multiple injuries during the course of the 2017-2018 season, Matthews has continued to produce points at an All-Star level. In 57 games, Matthews has 30-24-54 totals, along with a team-leading +21 rating. Matthews is able to create offense in the zone with the best of them and can be a threat on the ice at any given time. However, he will be going toe-to-toe with arguably the best two-way player in the National Hockey League, Patrice Bergeron.

The New Jersey Devils hold the second wild-card spot with a 40-28-8 record, good for 88 points. Last night, the Philadelphia Flyers won in regulation over the Colorado Avalanche, jumping ahead of the Columbus Blue Jackets, who are now in the first wild-card position. New Jersey trails the Blue Jackets by a mere three points, with a single game in hand.

Boston has fared well against the New Jersey Devils this season, winning all three meetings, scoring 11 goals in total while allowing seven. The most recent affair between the two organizations was a 5-3 win for the Black and Gold on February 11th. The other two games were much closer, two 3-2 victories for the Bruins, including one in a shootout. 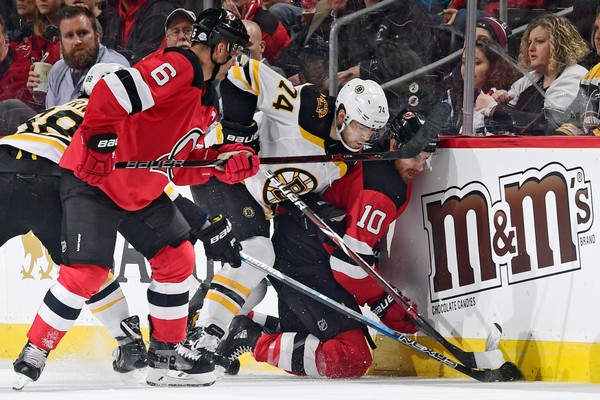 The New Jersey Devils really only have one blaring strength, forward Taylor Hall. Earlier this year, Hall went on an incredible point streak, 26 games in fact, before it came to an end against the Winnipeg Jets in March. Taylor was acquired by the Devils from the Edmonton Oilers, where he seemed to struggle even though he had reigning Art Ross winner, Connor McDavid, on his team. In only 71 games during the 2017-18 season, Hall has already surpassed his previous NHL point record of 80 points, with 85 points (33 goals, 52 assists). Taylor Hall has to be on top of his game and then some if he wants to carry the Devils past the first round.

For New Jersey, their biggest issue in the 2017-18 campaign is the lack of a consistent starting goaltender. Ever since they acquired Cory Schneider from the Vancouver Canucks back in 2013, he has been named the starting goalie. However this season, he has struggled, especially near the end of the season. According to The Bergen Record on March 23rd, Schneider was on a 0-9-1 run, making the chances of him starting another game down the stretch highly unlikely. The other goaltender for the Devils, 28-year-old Keith Kinkaid has 22 wins on the year, with a GAA of 2.85 and a save percentage of .911%. Neither goalie can seemingly be counted on when it matters the most, making for a questionable playoff run.

As mentioned already, Taylor Hall is the best player on the New Jersey Devils at this point. Hall has been able to carry the team to the number of wins that they happen to have at this moment in time, but the question is, will Taylor Hall be able to carry the team into the playoffs, when he has to play against Patrice Bergeron, David Krejci, Zdeno Chara, and the rest of the solid Bruins core. 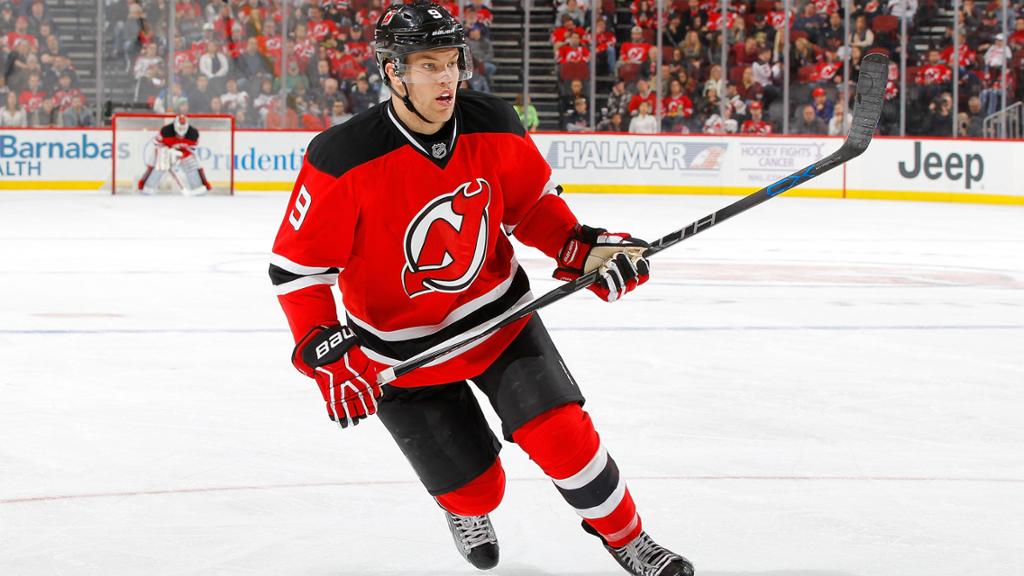 Unlike the other two teams, the Bruins have not yet completed their season series with the Flyers, as the last game comes on April 1st. However, the previous two meetings between the teams have resulted in wins for the Black and Gold, with the most recent one coming earlier this month, on the eighth of March. The B’s snuck past with a 3-2 win courtesy of a Brad Marchand goal with 22 seconds left on the clock.

The blaring strength for the Flyers this season is the same as the past few seasons – offense. Philadelphia has the third-highest point producer in the NHL, Claude Giroux who is tied with Penguins’ Evgeni Malkin. Giroux has tied his career-best for points, 93, and surpassed his personal record for most assists in a season, 66, while is also tied for the league-lead. The Flyers also happen to have the fourth-highest scoring blueliner, in Shayne Gostisbehere.

Seems like a continuing trend with these teams, as the main weakness of the Philadelphia Flyers would have to be their goaltending and defensive side of the puck. Between Michal Neuvirth and Petr Mrazek, the Flyers do not have a defined “starting goalie,” as the former holder of that title, Brian Elliott, has been on the injured reserve since February 10th. However, according to the Philadelphia Inquirer & Daily News, the team hopes to have him back between the pipes for the playoffs, something they badly need as Neuvirth and Mrazek has not been hot as of late. 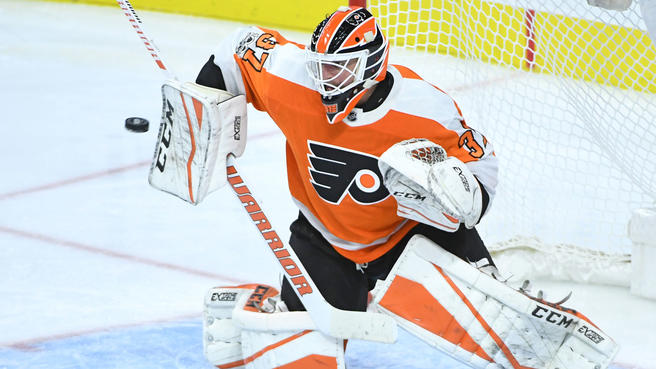 Just like the New Jersey Devils, the best player happens to be the highest scoring player. Claude Giroux has not only carried his team individually, but his league-leading assist numbers have brought in some scoring from other players on the team. He needs to be on top of his game and then some if they want to be a competitive team.

At the end of all this, I personally want to play the Toronto Maple Leafs in Round One. Sure they may be the most difficult team to play against out of the teams listed, but we all know that those seven games will be entertaining and thrilling from beginning to end. I mean who doesn’t like an Original Six playoff round, right?

And there you have it! One thing, in order for the Boston Bruins to play New Jersey or even possibly Columbus or Philadelphia, they need to win tonight’s game against the Tampa Bay Lightning, which would position themselves into first place in the Atlantic Division as well as the Eastern Conference.