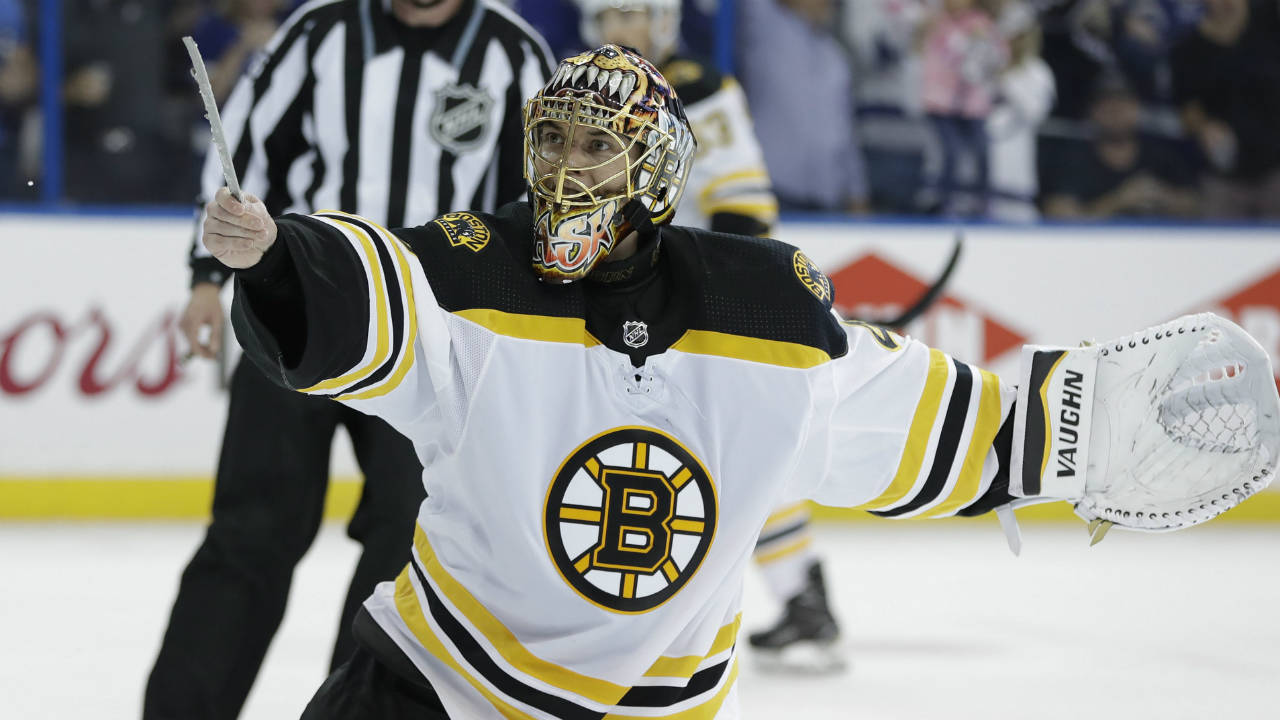 After a convincing win away from home, the Boston Bruins look to continue to the momentum heading into game 2 as a potential 2-0 series lead is up for grabs tonight at Amalie Arena.

The Bruins will need to be better no question as the Tampa Bay Lightning set up camp in Boston’s defensive end for most of game 1. While the score was in fact 6-2, this does not tell the tale of how this game was played. Tuukka Rask had his best game of the playoffs Saturday afternoon, and it is no surprise that he will need to replicate that Monday as the Bruins look to take a commanding 2-0 series lead for the second straight matchup. Rick Nash also showed up in a big way posting 2 goals one was an absolute snipe from the bottom of the right circle as he went post and in. Rick Nash is a player that likes to score in bunches if this did ignite a fire in him expect him to be a difference maker in this series which could be finally what the Bruins traded for back in February.

Tuukka Rask: The game 1 hero for the Bruins will need to match the same intensity he had last game if the Bruins expect to win game 2. Tuukka kept his composure after losing his skate blade in the middle of a penalty kill and being scored on this was a fantastic sign of leadership that Rask showed as he proved to his teammates that this wasn’t going to affect him shutting the door for the final period of game 2. The Lightning will come out even stronger then they did in game 1 if the Bruins do want to win this game they will need to spend less time in the defensive zone and push the pace for a full 60-minute. They cannot rely on Rask for every game in this series.

Charlie McAvoy: After possibly his best game of the playoffs thus far McAvoy will be heavily leaned on in game 2. The two days of rest seemed to have played wonders for Charlie as he looked like an entirely different player in game 1 then he did throughout the full series against the Toronto Maple Leafs. Look for McAvoy to have the same jump in game 2 as he will continue to push the pace and create plays in both the defensive and offensive zones. Bruins fans know what he is capable of now its time for Charlie to take over this series as the new number one defensemen for Boston.

Brayden Point: After a sub-par performance against the Bergeron line in game 1 look for the Lightning to move point away from this matchup as they look to create more offense. Bruins fans should be worried about more than just the top star for Tampa Bay as Point was one of the few players that were part of the 30/30 club (30 goals and 30 assists). So moving him away from a shutdown role may just be what Tampa Bay needs to get this electrifying young forward going.

Andrei Vasilevskiy: Andrei has struggled for most of his career against the Boston Bruins, and last game was no different as he allowed 5 goals against. While most of the goals that were scored on him weren’t mainly his fault, he will need to be better in this almost must-win situation for his team. This Vezina candidate has what it takes to be better and most likely will as this series is definitely far from over. Look for him to track the puck better through traffic and be more athletic going post to post. If he falters so does the Lightning Stanley Cup hopes.