The Boston Bruins’ Schedule Is Killing Them 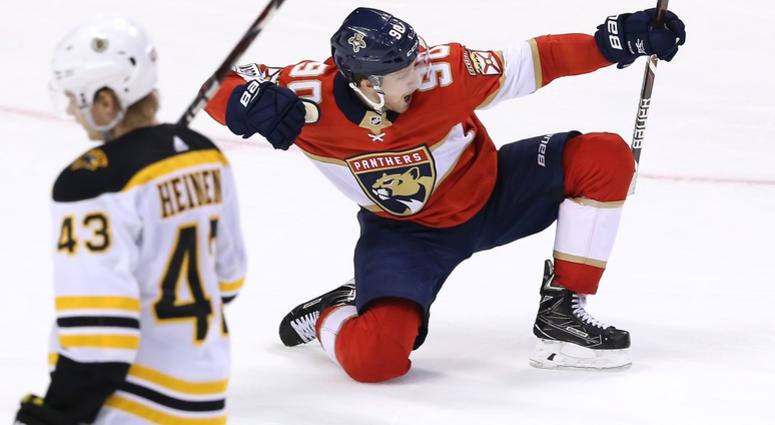 The NHL seems to be entirely against the Boston Bruins succeeding this season.

No, I’m not talking about the baffling decisions made all season long by the Department of Player Safety, which has completely irked Bruins fans with their total inconsistency.

There’s something else that the league has done to the Bruins that isn’t nearly getting as much attention as the suspensions (or lack of to the B’s opponents) and can be looked at as the main reason for the sudden struggles of the team as the regular season ends.

Boston’s schedule has set them up for failure and for sheer exhaustion.

Since March 11th, the Bruins have played 14 games in 27 days, at a clip of one game every two days, which sounds terrible without even taking into consideration the fact that 11 of the 14 games were on the road.  Boston still somehow has one of the best road records in the league after going 4-5-3 in those 11 away matchups, but the constant travel, the lack of practice time, and having zero rest while trying to chase down the top spot in the Eastern Conference may have taken its toll on the B’s at the worst possible time.

Their current three-game losing streak, which hasn’t happened since they dropped four in a row in mid-November, took the B’s out of first place and slotted into a brutal first-round encounter with the Toronto Maple Leafs.  Boston does still have a shot at snatching the top spot in the East, as they have one game in hand thanks to an early January postponement that was rescheduled for Sunday night.

But now Boston ends the season with games on back-to-back nights and will be the only playoff team – unless Florida somehow takes the final Wild Card spot from Philly – to play in the gap between the actual final date of the regular season and the start of the postseason.  The B’s can’t even play that last game during the afternoon, thanks to the Celtics needing the court/rink for their matinee against the Hawks on Sunday.

The Bruins will have played 34 games in just over two months (February 1st to April 8th) before even beginning the hectic schedule that is the Stanley Cup Playoffs.  Unlike the NBA, the NHL doesn’t stretch out its playoff schedule, with teams regularly playing every other night regardless of travel, and occasionally going on back-to-back nights at the tail end of series.

Since Boston cannot face Florida in the first round of the playoffs – and thank god because they’ve seen enough of the Panthers in the last three weeks of the season – the B’s are going to enter the playoffs with less rest than their opponent.  Which, on top of the ridiculous second-half schedule that the league already bestowed on Boston, seems pretty unfair to this Bruins fan.

Florida also has a beef with the schedule makers, especially since they are playing five games in the last seven days of the regular season thanks to having a day added on to their year.  But unlike Boston, Florida had their schedule back-loaded with home games, with eight out of their first nine games in March at home and the first four games of April (the four that were actually on the original schedule) at the BB&T Center.

The biggest problem with both teams’ schedules, and especially Boston’s, is that the league didn’t need to do this to either one of these squads.  There’s really no reason that they should be playing a night after the regular season ends.

The original game was scheduled for January 4th, meaning the NHL had three whole months to find a typical day off that the two teams could have played.  With both of them having back-loaded schedules and an excess of games in the final two months of the season, you would think it might be impossible to find an ordinary day off that made sense.

But no it really wasn’t.

Both Florida and Boston had four days off from January 26th to 29th.  The TD Garden had zero events scheduled for the last Sunday in January, and Florida was headed to New York for a two-game road trip that began on the 30th anyway.  It would have been inconvenient for Florida to leave for a road trip two days early, but they were just coming off of their bye week and well rested, and seemingly would be a much better option than cramming another game into an already hectic last few weeks of the regular season.  Same for Boston – I’m sure they would have preferred to keep the four days off then but would like to have an extra day between the regular season and the playoffs right now as well.

If a common fan can take five minutes to check the schedules of two teams, and found a makeup date that made way more sense than tacking on a day to the end of the regular season, then why couldn’t the NHL do the same thing?

I’m sure everyone has seen the ad campaign that the Bruins put out a couple weeks ago, where they pieced together audio clips of Michael Felger doubting the team earlier this season with highlights of their fantastic play this year.  It makes it look like they are playing well out of spite for the things that one particular critic – who has actually praised them quite a bit as well – has said about the team this year.

Maybe they should refocus their anger towards the league as a whole instead of just one radio voice.  The NHL hasn’t done them any favors with the total inconsistency of suspensions (sorry I said I wasn’t bringing it up), but the insane scheduling of the final months of the regular season is more than just a setback to their chances at making a deep run at the title.

This Bruins team has overcome so much during a roller coaster season: injuries, suspensions, new faces, a revolving door of lineup changes, and a road-heavy final month of the season.  But everything may be finally taking a toll on the B’s at the worst possible time, as the team has looked sluggish and downright exhausted in the last few games.

Boston won’t use the schedule, or anything else, as an excuse.  But the league definitely didn’t do them any favors this season, which is a shame, because a success in Boston would be great for the NHL as a whole.