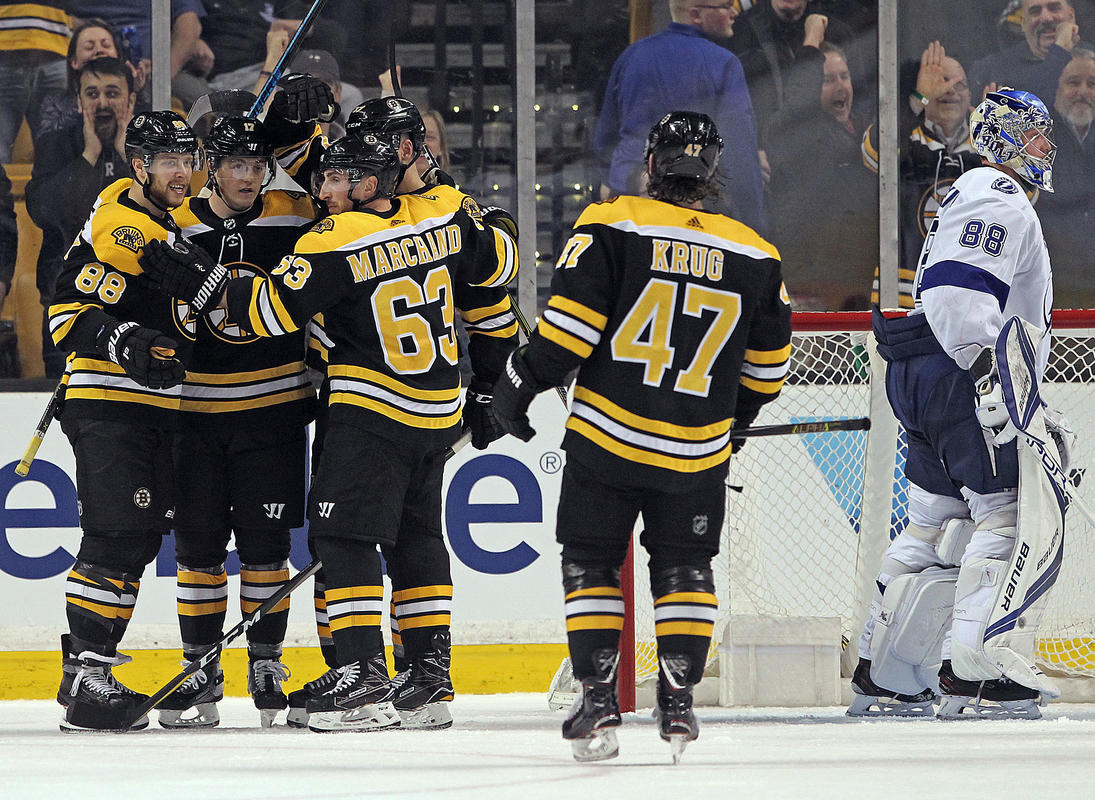 For the first time in a long four years, the Boston Bruins are returning to the Eastern Conference Semi-Finals.

With three opportunities to eliminate the Toronto Maple Leafs, the B’s capitalized in the final game with a 7-4 victory on home ice to defeat the Maple Leafs in Round One of the 2018 Stanley Cup Playoffs. Boston had some huge help from Danton Heinen, Patrice Bergeron, Torey Krug, David Pastrnak, Brad Marchand, and of course two massive goals from Jake DeBrusk, including the game-winning goal in the third period.

Jake DeBrusk scored two goals, including the game-winner, for the Bruins in Game 7.

With the series win, the Boston Bruins now have a two-day break before starting Round Two against the Tampa Bay Lightning.

Throughout the regular season, the Boston Bruins played the Lightning on four different occasions, finishing with a record of 3-1-0 in that span. With a total of ten goals for and eight against, the season matchup between the Bolts and the B’s was entertaining nonetheless.

Both teams battled near the end of the 2017-18 season to see who finished atop the Eastern Conference, but as we know, Tampa Bay did end up gaining enough points to secure the top spot and guarantee an opening series against the New Jersey Devils. While at the same time, the Bruins faced the Maple Leafs, which we, of course, saw conclude Wednesday night in Boston.

Boston’s three wins during the season came consecutively on November 29th, March 17th, and March 29th, while the Lightning took home their sole win over the Bruins earlier this month, on April 3rd. 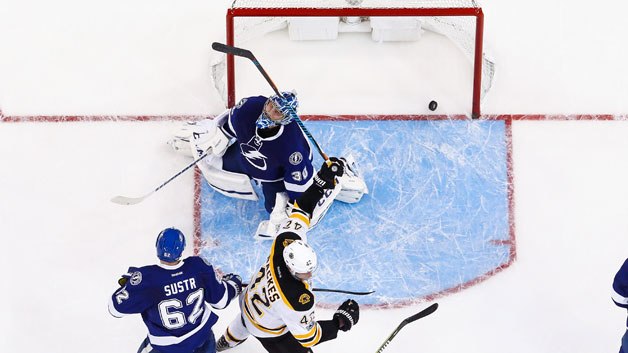 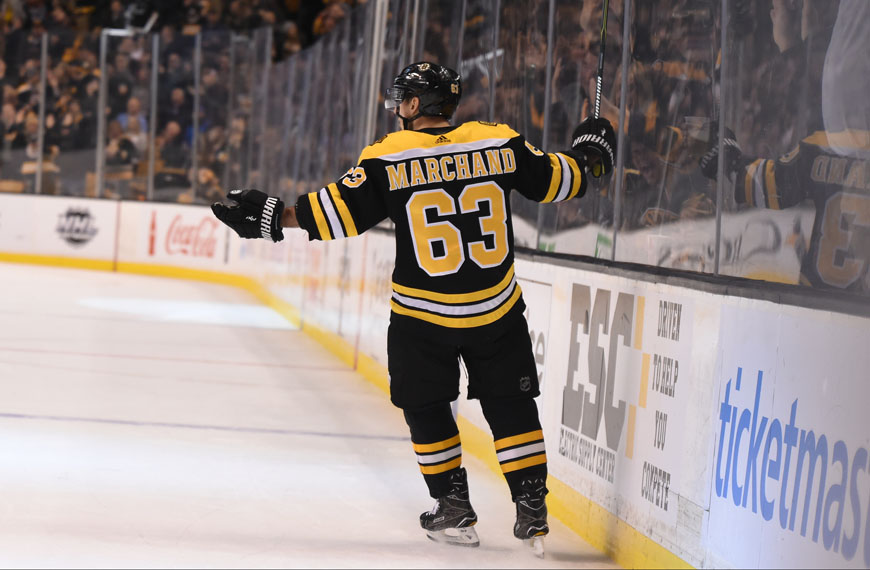 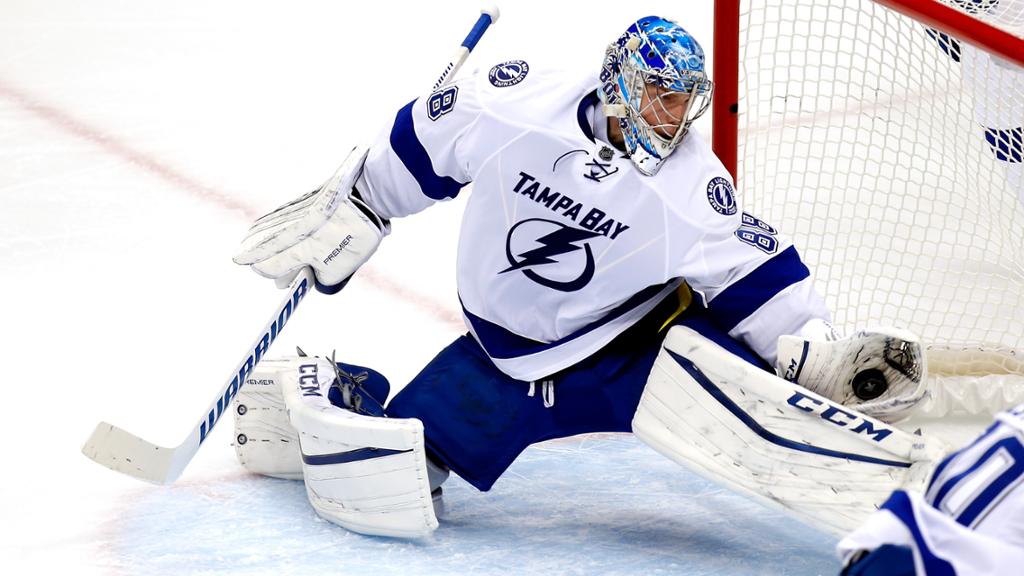 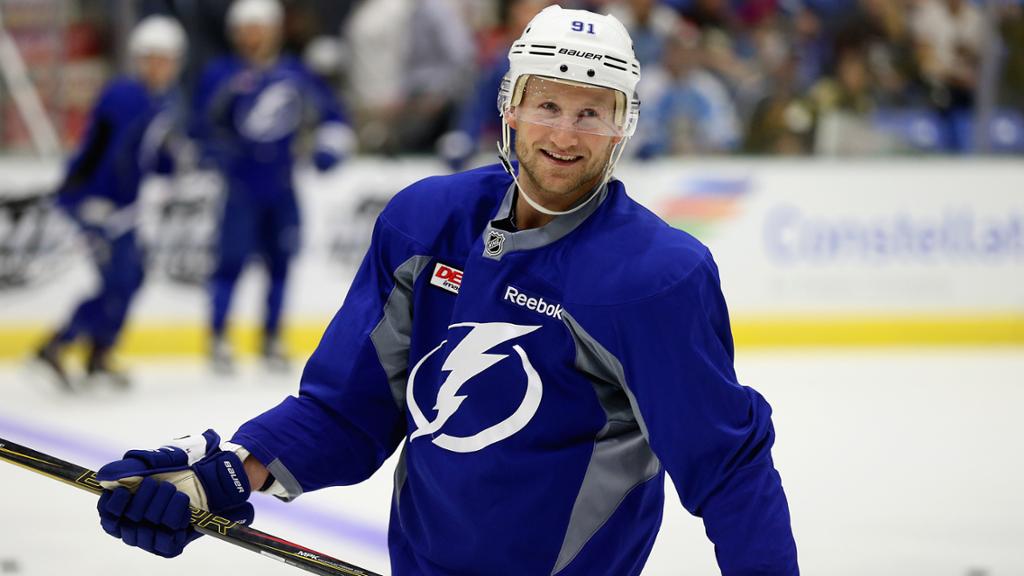 INDIVIDUAL LEADERS (First Round of Playoffs)

***Pastrnak leads in assists and points.

****Kucherov leads in goals and points.

Like the Bruins, the Lightning won the first two games on home ice against their first-round opponent, the New Jersey Devils. Also like Boston, Tampa lost their first game of the series in the third game. However, in Game Four, the Bolts were able to win by a score of 3-1, setting up a possible elimination in Game Five on home ice.

With the opportunity, the Lightning would capitalize. With another three-to-one victory, Tampa Bay would eliminate the New Jersey Devils, four games to one.

One thing that may or may not play a role in the way the series starts, is when the Lightning finished their series with the Devils. Due to the early elimination, the Lightning will have completed a ten-day break prior to Saturday’s Game One. This compared to Boston’s short two-day break since Wednesday’s Game Seven.

Boston’s weakness throughout the entire series was the shakiness in goal. Tuukka Rask managed to hold his own in some of the seven games, but he also allowed four goals in three of the games, including being pulled in Game Five.

Another big issue for the black and gold against the Maple Leafs would be the missed opportunities on the offensive side of the puck.

Bruins missed 18 shots tonight. They had just eight games with at least 18 missed shots this season.

With the struggles in net and on offence, the Bruins managed to come together in the third period of Game Seven to secure the series win and advance to the second round and live to play again. Boston’s blueline shut down the fast, skilled Toronto forwards that were so feared before the best-of-seven series began.

Boston held Toronto to only eight shots in the final frame, limiting almost every main chance that the Leafs gained. The majority of the shots on goal came in the final minutes with Frederik Andersen pulled from the net. The B’s also contributed with four, third period goals to solidify the 7-4 win.

Well, I feel it is an appropriate time to look at the predictions from the entire BlacknGold website team! Make sure to follow them all on Twitter and check out their articles in the past.

And, in conclusion, my official prediction. In a hard-fought battle, the Boston Bruins will come out with the win in Game Seven, in Tampa, Florida. With a combination of the defense and depth for the Bruins and the offensive talent of the Lightning, this series will be a close, back-and-forth one.

Puck drop for Game One is scheduled for today at 3pm EST in Tampa, Florida.