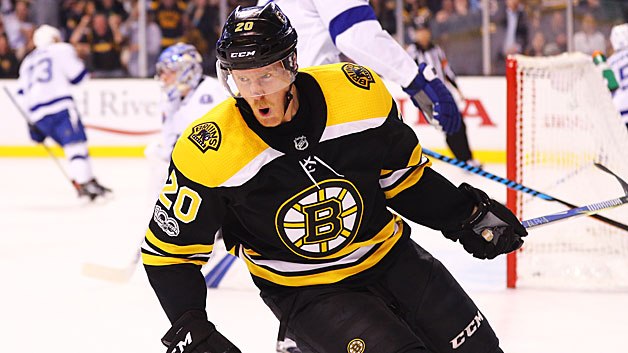 One of the most underappreciated players on the Boston Bruins this season is without question Riley Nash. For a player of his current salary ($900,000 AAV), Nash has a two-way game that excels when needed the most.

As according to @bruinscapspace on Twitter, Riley Nash’s contract expires on July 1st and if it was up to me, he would be staying on the team heading into the 2018-19 season.

Riley Nash joined the Boston Bruins back on July 1st, 2016 – the first day of free agency.

The signing with the Bruins meant that Riley Nash would be playing for an NHL franchise not named the Carolina Hurricanes. Since being drafted by the Edmonton Oilers in the 2007 NHL Entry Draft in the first round, (21st overall), Nash played in three different leagues before finding his home in the National Hockey League.

The 28-year-old was tossed around the league even before he was officially drafted. On two different occasions, Nash’s draft rights were traded from the Dallas Stars to the Phoenix Coyotes and then again a few months later, one day before the ’07 draft, the Coyotes moved Riley’s draft rights to the Edmonton Oilers, who as we know, selected him 21st overall.

Even though Nash was drafted by the Oilers in 2007, he would not experience NHL hockey until the 2011-2012 regular season. Prior to that, he played in the British Columbia Hockey League (BCHL) for three seasons with the Salmon Arm Silverbacks. Following an impressive 38-46-84 season in only 55 games played, Nash would sign with Cornell University in the NCAA.

Following three near-identical seasons with Cornell University (32 points, 35 points, and 35 points), Riley Nash would be traded from the Edmonton Oilers (Edmonton still owned his rights from drafting him) to the Carolina Hurricanes in exchange for a 2nd round selection in the 2010 NHL Draft which later became D Martin Marincin.

The trade to Carolina would give Riley Nash that big break he so desperately needed. Although he only skated in five NHL games throughout the 2011-2012 season, Nash would be given the chance to show off in the 2012-2013 regular season, playing 32 games, producing nine points during the time frame. 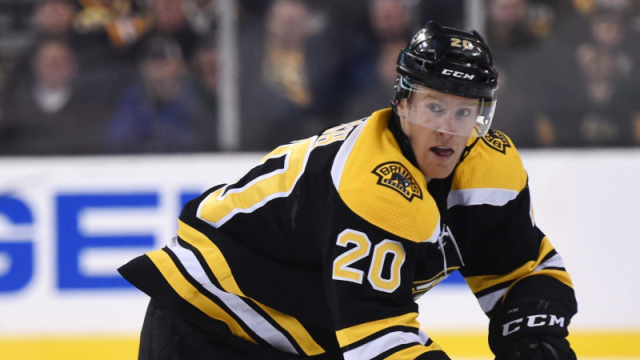 The remainder of Riley Nash’s career in Carolina would be highlighted with an 8-17-25 season back in 2014-15. The performance earned him a one-year, $1,150,000 contract with the Hurricanes. However, Nash would not be able to match the point total but would improve his plus/minus stat to a -5 rating from a -10 rating.

The Hurricanes felt that they didn’t need the services of Riley Nash any longer, leaving him to the free agent market, where of course, the Bruins signed him. Boston would give Nash his second-highest yearly salary, a two-year deal with an annual average salary of $900,000.

In his very first season with Spoked B on his chest, Nash would skate in 81 games, a career-high. Right off the bat, Riley’s two-way game awarded him with a promotion to the first line, replacing David Pastrnak who was dealing with an injury. Although the move only lasted a single game, it showed that management had trust in Nash.

Still, Nash was just another bottom-six forward with a decent two-way game. However, this past season, Riley Nash would be noticed on the ice more by Bruins fans and management. On December 27th, 2017, Nash would strike twice along with an assist in a 5-1 win over the Ottawa Senators. Later on in early-January, Riley would have a mini point streak, four points in five games. Nash would do the same later in the month, putting up three points in four games, including a big goal against the Montreal Canadiens.

The success for Nash would continue into February, scoring three goals and an assist in four games, hitting the ten-goal milestone for the first time in his young NHL career. Slowly but surely, Riley Nash would surprise people with his efforts on both ends of the ice. Head coach Bruce Cassidy would say the following about Nash back on March 1st after he scored a goal and an assist. Quote according to Boston Herald.

“He did his best Bergy (Tuesday) night,” Cassidy said. “He did a job, he defended well but he wasn’t on the ice with those two when he scored. He did a good job with them but he is not going to be Bergy every shift, every night, but he was one of our better players.”

As reported by Matt Kalman of CBS Boston, Nash stepped in for the injured Bergeron. In seven games, Nash had eight points (three goals and five assists) and helped the Bruins to a 6-1-0 record in the games without Patrice Bergeron in the lineup.

The play would continue for the remainder of the season, easily surpassing his career-high in goals, assists, and points. Even with a shortened 76 games on ice, Nash had 15-26-41 totals with a +16 rating. Another impressive stat for Nash this season was the ratio of takeaways to giveaways. Throughout the course of the ’17/’18 season, Riley Nash had 55 recorded takeaways and only 14 giveaways.

Along with that, Riley won 459 faceoffs, finishing with an average of 48.4% on the draw. For one last impressive stat for a bottom-six player, Nash finished the season with a shooting percentage of 13.3%, good for sixth-best on the team.*

Now, the title of this article states that Riley Nash should get a pay raise for the upcoming season, whether that is with the Bruins or another NHL franchise. With the talk of possible contracts, it is common to compare a similar player who recently earned a contract. Former Bruin, Ryan Spooner, earned a one-year, $2.85 million contract with Boston back in July of 2017.

So, in a final conclusion, I will make my contract prediction as of April 30th. Riley Nash will re-sign with the Boston Bruins on a two-year, $6 million deal ($3 million AAV) come July 1st, 2018.

This leaves it to you BNG fans, do the Boston Bruins bring back Riley Nash for the upcoming 2018-2019 regular season and if so, what are the details of the contract. Let’s play some armchair GM. Tweet at me @tkdmaxbjj.

*With a minimum of sixty games played.