Bruins Have Difficult Choices To Make In Training Camp 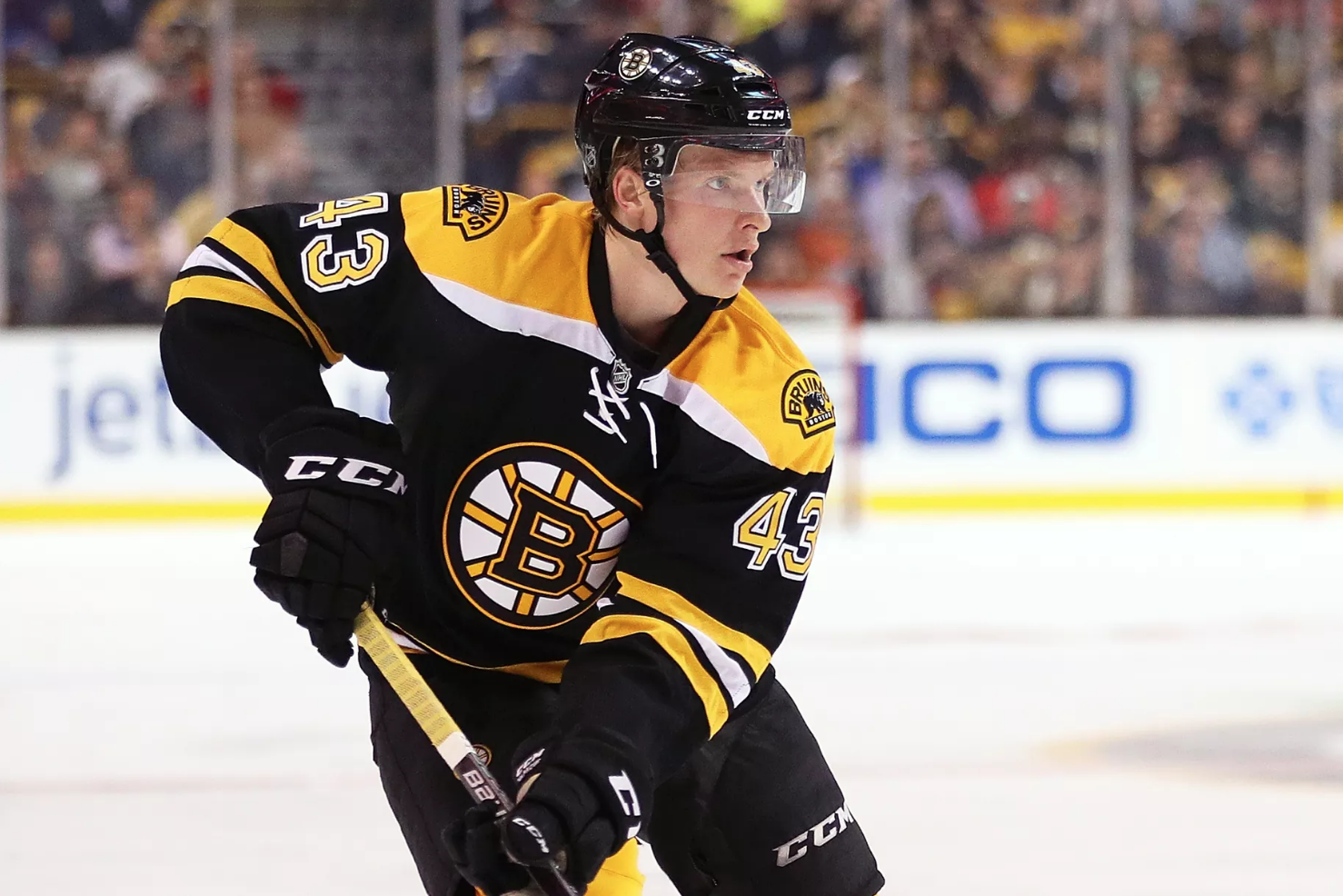 The Bruins have a good problem going into training camp this September: too many good players that could earn a spot on the big club’s roster when the puck drops on the 2018-2019 NHL season. This “problem” is mostly centered around the forward core, and Don Sweeney, Bruce Cassidy and the rest of the staff have an abundance of options throughout all the forward lines.

Let’s start with the top 6 and what will undoubtedly be the top line (centered by Patrice Bergeron) and the second (centered by David Krejci.) It’s essentially guaranteed that Brad Marchand will line up on Bergeron’s left side, but the right side is more in question. David Pastrnak could retain his role there due to the incredible success that trio had last season, as seen below.

The Marchand-Bergeron-Pastrnak line put up 99 goals, 129 assists, and 228 points in total throughout the 2017-2018 regular season. They were the best and deadliest line in the entire NHL — success that continued into the playoffs. Pastrnak scored six points in just one game against the Toronto Maple Leafs. It’s hard to argue splitting these guys up, but there are a few solid options.

Danton Heinen, Anders Bjork, and Ryan Donato could all take that spot on Bergeron’s right flank, moving Pastrnak down to Krejci’s right wing. Bjork has had his fair share of struggles with injuries, but with the little time he’s spent at the NHL level, he’s shown he can play. He only managed 4 goals and 12 points in 30 games this past season, but given significant time in the top 6, those totals could quickly rise. Heinen is a much more attractive option at the moment considering he played a full season last year and put up 47 points — no insignificant amount for a rookie. Here’s a great look at the compete level and talent that Heinen could bring the top line:

If Heinen were to move up to the top line, that would spread out the scoring and talent more evenly with the duo of Pastrnak and Krejci on the second line. After his heroic performances in the playoffs and the unforgettable heart he brings to the team, it’s all but a guarantee that the left wing to Krejci would be sophomore winger Jake DeBrusk. Hard to argue with this:

The last option for the top 6 would be rookie (sensing a trend?), Ryan Donato. He’s only provided a small sample size so far, but what he’s provided has been very impressive. In his NHL debut alone he scored his first NHL goal and added 2 more assists, all while playing with David Krejci and Jake DeBrusk. The chemistry that trio showed up with for that game and subsequent games is a strong argument for them to stick together for the start of 2018-2019. Here are the highlights:

If Donato plays on Krejci’s right side with DeBrusk on the left, that leaves the top line the same as it was this past season — Marchand-Bergeron-Pastrnak. Heinen would be the odd man out and would slide down to a top-9 role, playing right wing on the third forward line with David Backes opposite him on the left wing.

The third and fourth lines are where roster spots for opening night’s puck drop are more significantly up for grabs. Most important is who will center the third line with Riley Nash gone to Columbus via free agency. The candidates are plentiful — 2017 2nd-round pick Jack Studnicka, 2015 2nd-round pick Jakob Forsbacka-Karlsson, and 2016 1st-round pick Trent Frederic are all prospects vying for that spot. Studnicka has high aspirations for this season and plans to make the NHL squad; we’ll have to wait until camp begins to see how likely of a possibility that truly is. Regarding current roster players, Backes could slide back into the center position considering he’s played significant time as a center in his career. Sean Kuraly, coming off a new three-year deal, could move up to the third line from the fourth-line center position he played last year. This would leave his old spot available to Noel Acciari or any of the prospects mentioned earlier.

After the center positions are cleared up, it’s just down to the wingers. Any combination of Bjork, Heinen, Donato, Backes, Acciari, and prospects such as Studnicka and Forsbacka-Karlsson (have fun fitting that on a jersey) could round out the bottom 6 wings. At the end of the day, the decision lies with Don Sweeney, Bruce Cassidy, and the players themselves because their performances in training camp and preseason will either earn or lose them a roster spot.