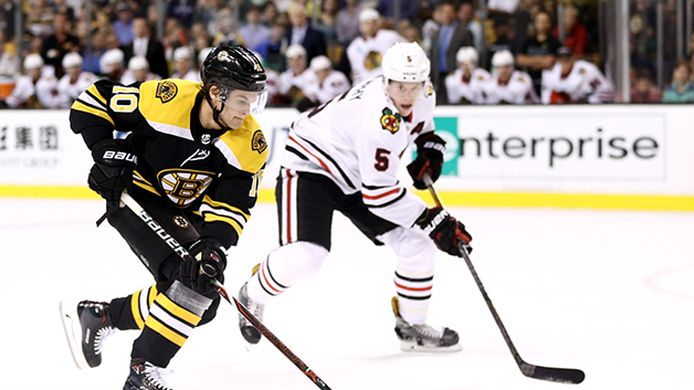 In my last article for Black ‘N’ Gold, I discussed how it was wise of GM Don Sweeney to stay the course and not make any big moves. But, as we all know, transactions will occur at some point, whether that is before October, at the trade deadline, or perhaps not until next summer. Regardless, the Boston Bruins have a number of assets at their disposal if they find themselves needing an extra kick.

Let me clarify that it would be a difficult decision to trade any of these players, but if you want something good you have to give up something good. The Bruins have a surplus of young players, so parting with one or two of their youngsters in exchange for a valiant veteran or an impact player in their prime could be worth it for a Stanley Cup push.

Anders Bjork is one Bruin that Sweeney could part with at some point. Though he has only appeared in 30 games in a Boston sweater, Bjork has shown great potential for the years to come. It would be smart to see how No. 10 can do during the 2018-19 campaign, but if the Bruins find that they need to add a high-impact skater within the next 9 months, Bjork is an asset that could be sent packing.

Anders Bjork is on the board. 👌 pic.twitter.com/HX1WAVO86u

The Wisconsin native registered four goals and eight assists last season while averaging 12:21 in ice time per game. Two of his 12 points came on the man-advantage. Meanwhile, he held his own on the back end and was credited with 16 takeaways and 11 giveaways throughout his 30-game 2017-18 campaign. Injuries ultimately caught up to Bjork, but there’s no doubt that he will enter the 2018-19 season with a chip on his shoulder as he competes for a starting role in September.

There have been a lot of trade rumors surrounding Torey Krug this offseason. It seems to have split the fanbase into two parties — those who want to trade Krug and those who find him indispensable. The puck-moving defenseman is one of the best players carrying that trait in the NHL today. While play within his own zone is a sore spot for No. 47, his offensive capabilities are a great asset to Boston, and he cannot be easily replaced. 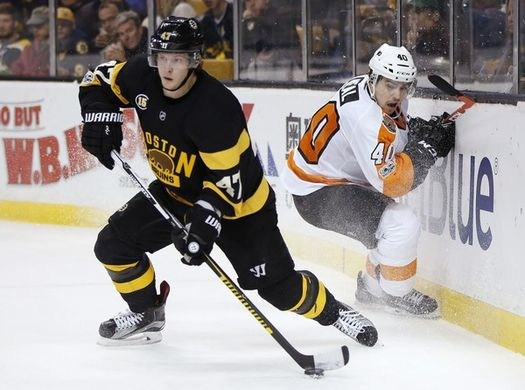 It is my thinking that trading Krug this season would be a mistake, but fielding offers isn’t exactly a bad thing. The Bruins could afford to move him next season once Charlie McAvoy has another year of improvement under his belt — and once Boston prospects such as Urho Vaakanainen flesh out.

I discussed the pros and cons of trading Heinen in one of my recent BNG articles. The 23-year-old put up 16 goals and 31 assists last season without consistent linemates as he bounced around the top nine for the majority of the 77 games in which he appeared. It was an impressive rookie campaign.

All three goals from the rooks tonight in San Jose. pic.twitter.com/ofjDVHgfDZ

But this is exactly what makes Heinen a great trade asset. If the Bruins find him best suited for a third-line role among their plethora of young depth heading into the 2018-19 season, they could move the British Columbia native for a solid return as he could easily crack the top six on many NHL teams.

If Heinen finds himself locking down a top-six role in Boston this year, then Sweeney would have to second-guess moving the winger. The forward seems poised for a solid sophomore season, so moving him any time before the trade deadline would be a mistake as he will more than likely find himself in a battle for a top-six role.