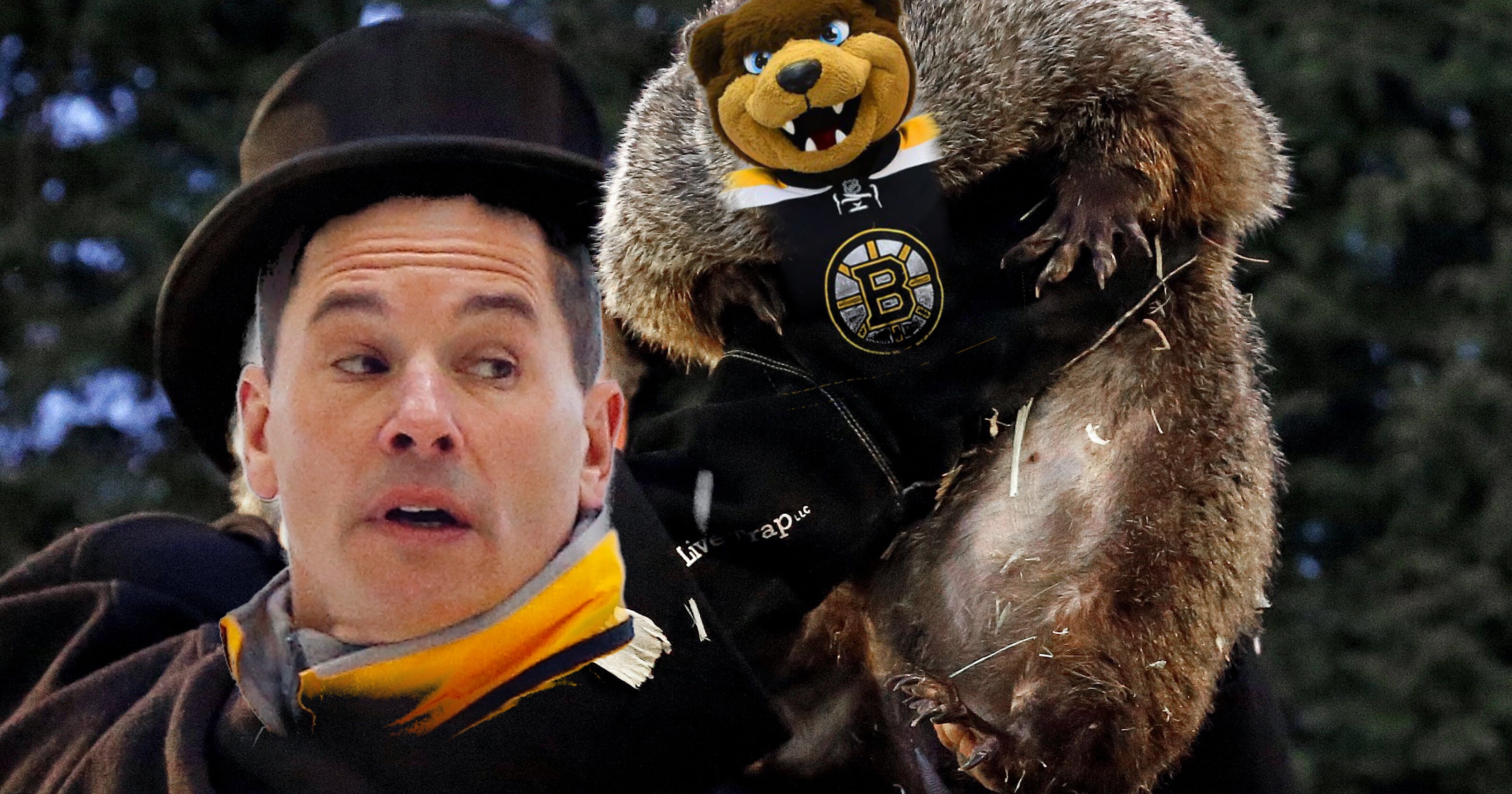 BING! If Ned Ryerson is everyone on the Bruins who can’t score right now (or practically all season for lines 2-4), then Phil Connors is the coaching staff, management & fan base reacting appropriately:

And it keeps happening over… and over… AND OVER, just like the aptly-named comedic classic Groundhog Day. But there’s nothing to laugh at this February 2nd for the Boston Bruins. Their on-ice business isn’t funny at the moment and, furthermore, everyone’s fed up with the funny business happening on the ice right now. Head Coach Bruce Cassidy ain’t pleased with his D-core. The D ain’t pleased with the fruitless forwards. And the goalies, well, they ain’t pleased with anything (excuse the vernacular)!

This is what happens when you lose three in a row after having leads in all three games; when you lose 5 out of 6 after having scored the first goal in every game; when you constantly let important points slip away in a playoff race where EVERY. SINGLE. POINT. MATTERS!

I’m kind of wishing Blades the Bear pulls a Groundhog Day and goes back into hibernation after seeing his shadow. Because if we have to bear 6 more weeks of Winter hockey like this, then it truly is “pitiful” to quote Weatherman Phil (and then some):

Yet, for all the moping & groping and whining & pining that Bruins fans do (and rightfully so considering the current climate surrounding the team’s dispirited play… heck, I know I’m guilty of it), the solution is right there for all to see. In fact, Jack Edwards has been screaming it from the booth–and on Twitter–as loud as he can over the past two weeks: EXTEND THE LEAD.

The Bruins need to get on the right side of the score and extend the lead. Philadelphia comes to town, so it’s going to be that good kind of nasty tonight.
Rask is back, Kuraly to 4C, Nordstrom returns, Moore in at 3LD for Grzelcyk.
7pm on NESN.
BEEEEEE THERRRRRRRE! pic.twitter.com/VZMCTHKsc8

As we’ve seen in the most recent games against Montreal, Philly (twice), New York & Winnipeg, the B’s have had a 1-goal lead with glorious chances to make it a 2-goal lead, be it on the PP, a quick clean breakout, a cycle-pressure turnover or a breakaway. Yet, every player has come up empty when given the chance “to bury it.” Yes, even the only-thing-keeping-the-Bruins-afloat first liners have missed on extension goals, to playfully paraphrase Edwards. As a result, the B’s have gone an abysmal 0-2-3 in those games. That’s right, ZERO WINS in games where they’ve not only had a lead, but a lead in the third period that should’ve been closed out, especially this late in the season (and against teams with inferior records). It’s about as maddening as a cold shower during the Polar Vortex:

So, what’s the solution to this ever-repetitive, ever-repulsive puck performance the B’s are putting us through right now, outside of “extending the lead”? Maybe it’s a trade… a shake-up… a big, bold move from up above!?!? I know a lot of folks on social media are all for this course of action — be it a Panarin-type, a Dzingel-type, or ANY TYPE THAT CAN ACTUALLY SCORE.

“My understanding is Boston is going to heavily scout tonight’s Senators-Pittsburgh game, so I wouldn’t be surprised if they make a play on Ryan Dzingel.” #NHLBruins #Sens #LAKings https://t.co/o6dCUdcULY

Convince Panarin to sign an extension in Boston. Trade for him. Or just do a sign and trade with CBJ. I don’t care. Get him here. #NHLBruins

I think a trade will happen this weekend

No matter what happens on the trade front for the B’s this month, first and foremost they need to survive the Groundhog Day curse. This all-too-familiar trend of repeating the same day/game again and again and again MUST STOP. If Phil Connors can do it, so can the likes of Zdeno Chara, Patrice Bergeron, Tuukka Rask & Bruce Cassidy. Be it checking or Chekov, the Boston Bruins have to turn things around starting February 3rd.

Do I sure as heckfire want that to happen? BING!