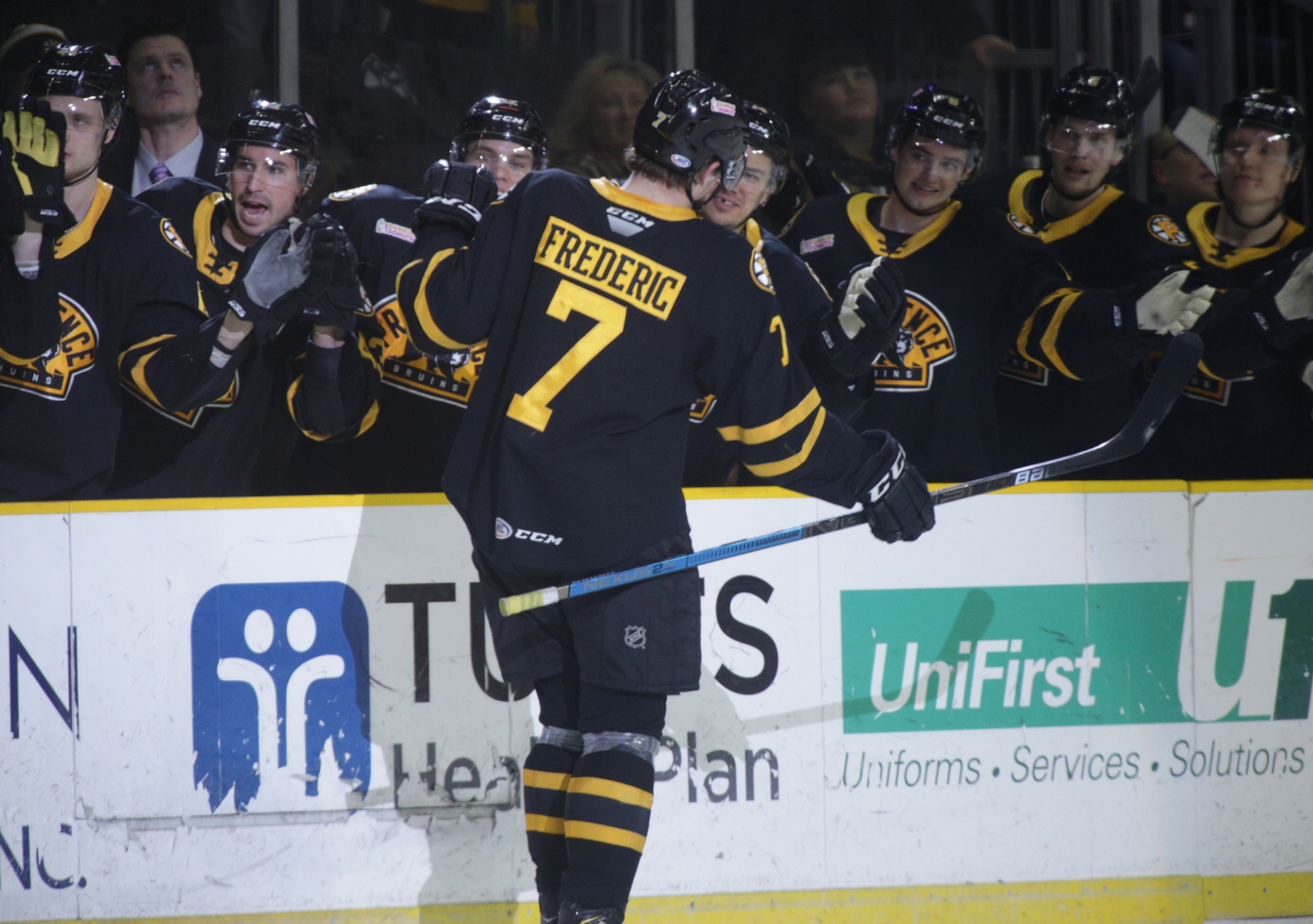 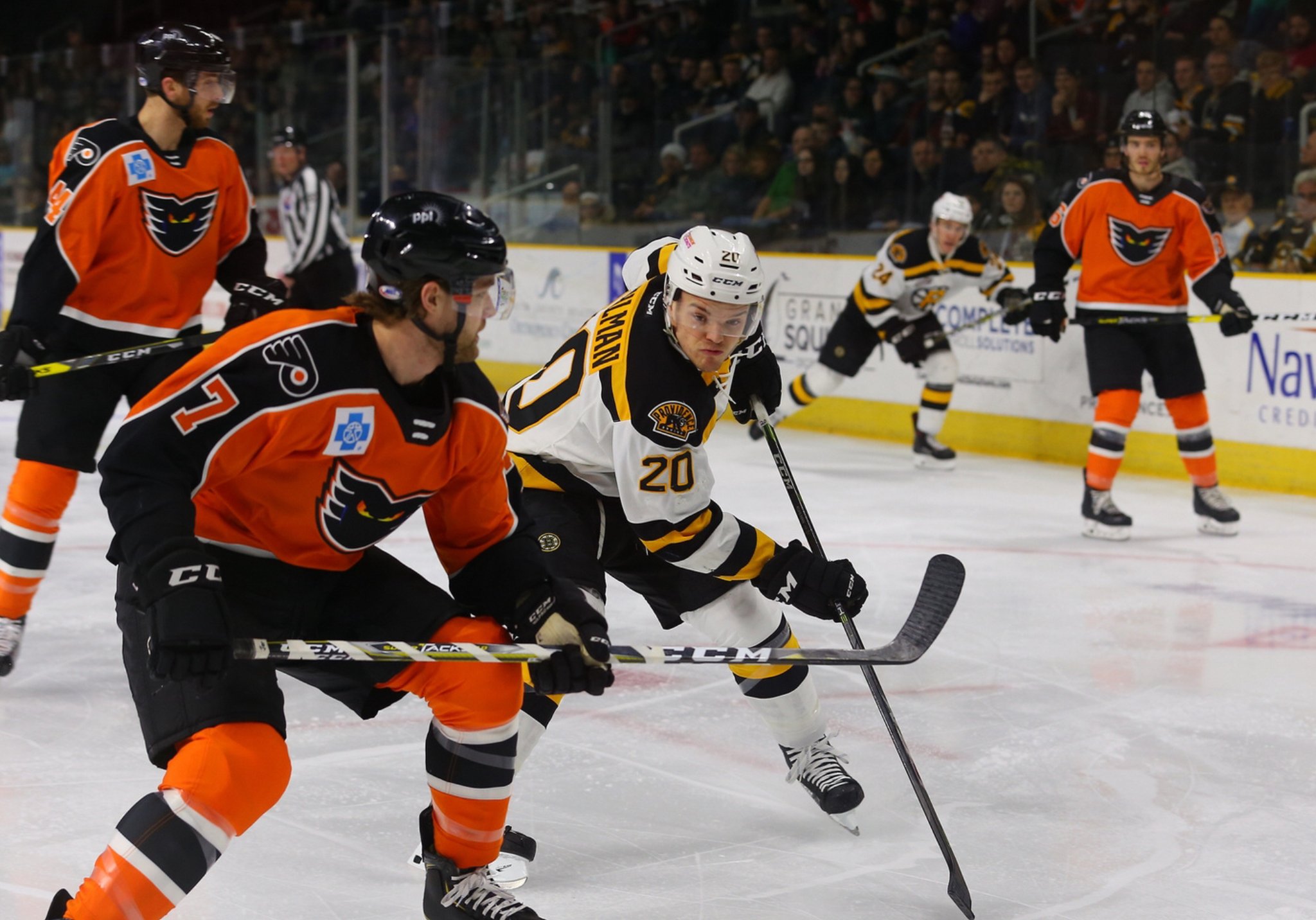 Since its founding, Pennsylvania has always been known as the Keystone State. Beginning on Friday, the Bruins hoped two key victories against teams in that state would offer them the key to a playoff berth. First up were the Lehigh Valley Phantoms, a team sitting five points behind Providence after just three wins in their last ten games. The Bruins also looked much different than last weekend with Connor Clifton, Trent Frederic, and Paul Carey all up with the big club and five more players out with injuries.

The action started just 47 seconds as Zach Senyshyn got a lucky deflection right in front of Alex Lyon. The first shot was set up by Karson Kuhlman who continues his consistent offensive play for Providence. Not even a minute later, the oldest member of Bruins proved he is still a force to be reckoned with. Lee Stempniak made it two goals on two shots and the Phantoms were quickly back on their heels. For the rest of the period, Dan Vladar came up with some huge saves, including a pair of robberies on Mike Vecchione and Justin Bailey.

Special teams became the story for both Providence and Lehigh Valley as the game got to its late stages. After David Kase out the Phantoms on the board just 56 seconds in the second period with a power play, Lee Stempniak continued his brilliant night early in the third. From a good steal by Karson Kuhlman, Stempniak got the puck unchallenged and easily found the back of the net.

Two minutes later, the ever aggressive Tyrell Goulbourne got sent to the box for roughing and Gemel Smith made him pay. The Bruins forward picked up his 13th goal of the season to give Providence a 4-1 lead.

As the minutes ticked down in regulation, Lehigh Valley applied a highly aggressive strategy by pulling goalie Alex Lyon with over seven minutes remaining to try to stage a comeback. The plan backfired as Peter Cehlarik put one into the empty net. A couple of garbage time goals from Connor Bunnaman and Greg Carey gave the Phantoms a glimmer of hope, but in the end, it wasn’t enough as Providence walked away with a 5-3 victory to begin the weekend. 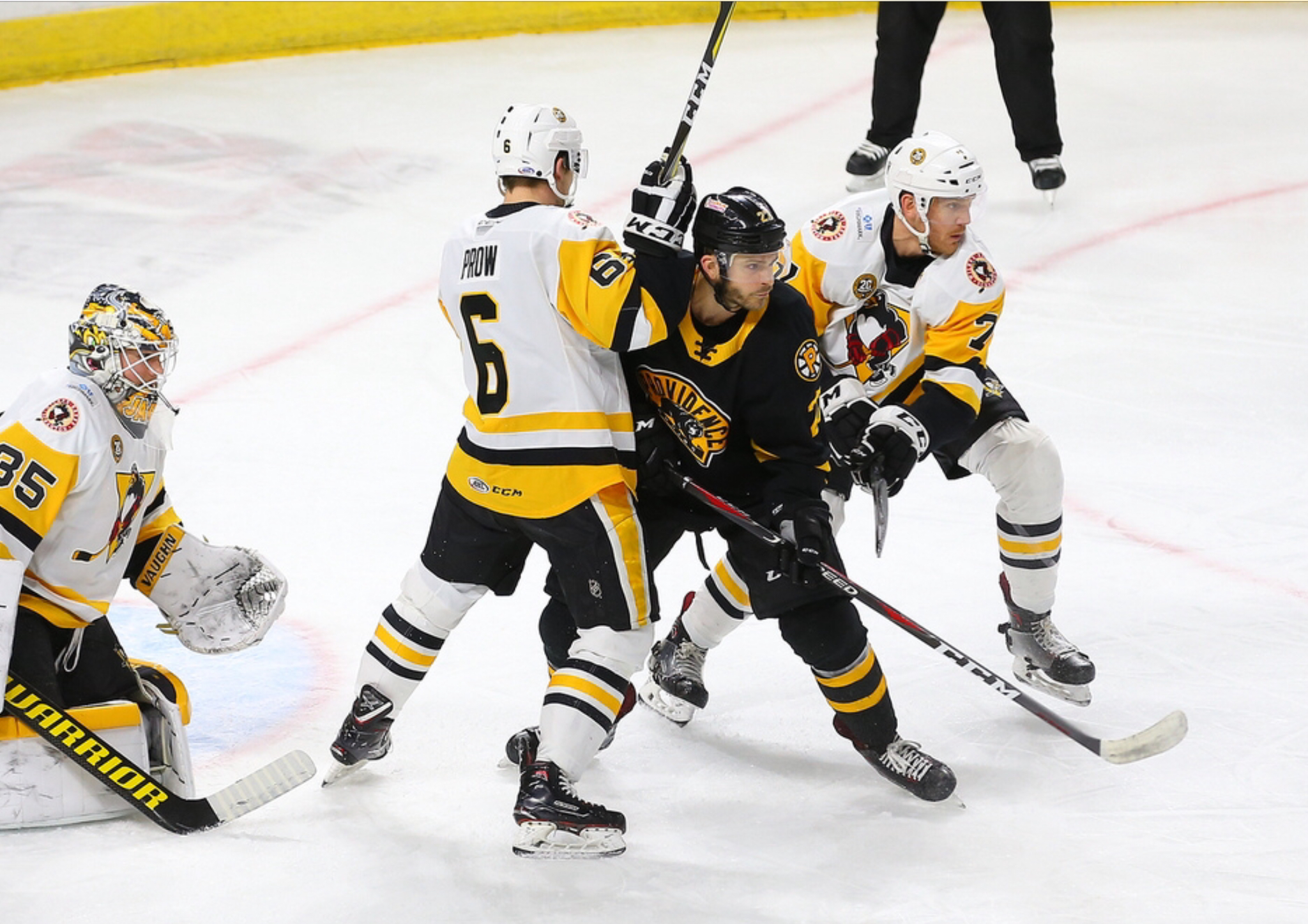 The even battle was finally put to an end late in the second period with Jake Lucchini netting his first career AHL goal. He waited at the side of the net as a great two on one was started by Jimmy Hayes. Before that tally Zane McIntyre had been having one of his strongest periods of the season, turning aside many close chances from the Penguins.

At the halfway point of the third period, the hard checking pressure for the Bruins finally paid off as they tied the game at one. Tristan Jarry was caught out of position and Ryan Fitzgerald found the puck on the doorstep. A three on two rush got the offense going for Providence and Karson Kuhlman was able to send in a deadly slap shot for his teammates to collect. Jakub Zboril thought he might have had the go-ahead goal with two and a half minutes to go but Jarry denied him with an aggressive, spinning save to keep the game tied.

Adam Johnson ended the game just over a minute into the overtime period for Wilkes Barre/Scranton. He lifted a superb forehand to backhand shot top shelf over Zane McIntyre to give the Penguins their 30th win of the season. The Bruins have one more game on the road against the Laval Rocket before returning home on Wednesday, March 22nd against the Belleville Senators. Every point will be on the line and we’ll recap every game!

Click Here for The Providence Bruins Schedule and Ticket Info From SeatGiant.com