By: Liz Rizzo | Follow me on Twitter @pastagrl88
It’s time for reflection for the Boston Bruins as they prepare to face their final battle en-route to hoisting the Stanley Cup. It’s been a very long season and for many players, it’s sort of surreal.  What makes this team successful is simply put: they played for each other. In the sport of hockey, many times games are decided on which goalie won the battle in the net. And for one goalie, he has more than stepped up into that trusted role and kept a battle-worn Boston team in any given game. This season, Jaroslav Halak has rightfully earned his keep and has proven to be one of the biggest reasons that the Bruins have made it this far.

TWO IS BETTER THAN ONE

With Anton Khudobin leaving Boston for the Dallas Stars, the Bruins signed Halak as the back-up goaltender for Rask, who some say (ok, maybe many) plays better when he isn’t in the net as often. And with Halak, Rask has been able to do exactly that. And while there will always be polarizing arguments about Rask’s eliteness, the 32-year-old Finnish native has been playing nothing short of outstanding. And when it came time to rest his number one goalie, Coach Bruce Cassidy was able to rely heavily on Halak, all while keeping the team in contention for a Playoff spot.

“He played excellent for us, picked us up a number of times… when we were basically a two-headed monster in the net. Both guys, I think they had very similar numbers, Halak’s might have been better in the regular season. Kudos to him. Tuukka has taken the ball and run with it in the playoffs. We didn’t know how that would play out, were hoping we would get consistent goaltending every night. We have. But he was a big reason, Jaro.”
Bruins Head Coach Bruce Cassidy

Throughout the regular season, Rask played in 46 games, with Halak pulling up the rear. Jaro posted a 22-11-4 record with 2.34 goals-against average and a .922 save percentage at the end of the season. There have been times where Cassidy wasn’t afraid to “ride” the hot goalie, oftentimes calling up Halak to get the start. While the Bruins were hit with a stretch of injuries, and Rask taking a personal brief hiatus, Halak (much like the rest of the team) took the mantra “next man up” and ran with it:

“…In terms of, we knew Tuukka would be less than in previous years, closer to 50, 55-ish, somewhere in that number, depending on the injuries or anything like that…I think it helped him (Rask), I don’t know how much, only he can answer that. And that goes to Halak…he’s a big reason why we’re here. A big reason.”
Coach Bruce Cassidy 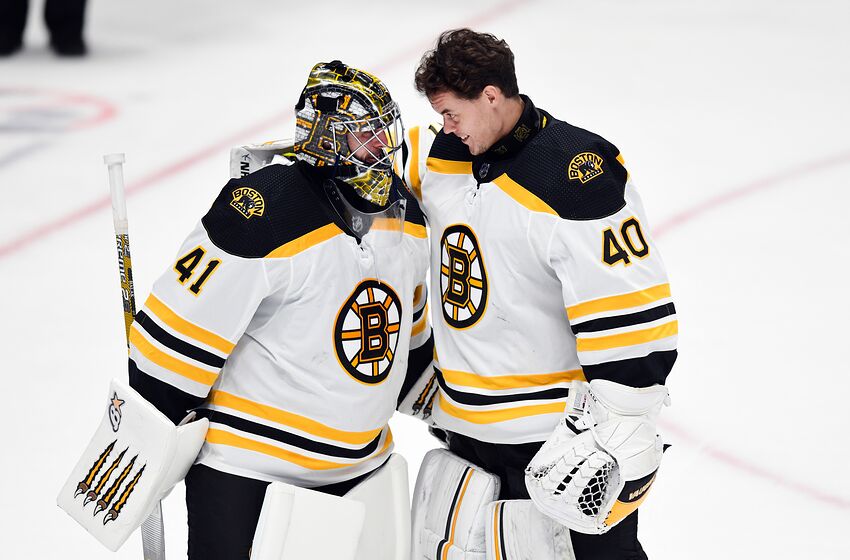 Having two calm and well-poised goaltenders is a problem every NHL coach would love to have, and Boston is once again within the grasps of winning another Championship thanks to that very problem. Rask will get the start in net and is favored to win the Conn Smythe award for MVP of the Playoffs. Having Halak made it easier for the coaches to manage Rask’s schedule and that has not gone unnoticed:

Check out this week's #NHLBruins talk from the guys at the @Causewaykings33 hockey podcast!