No Better Time Than "Now" For Bruins 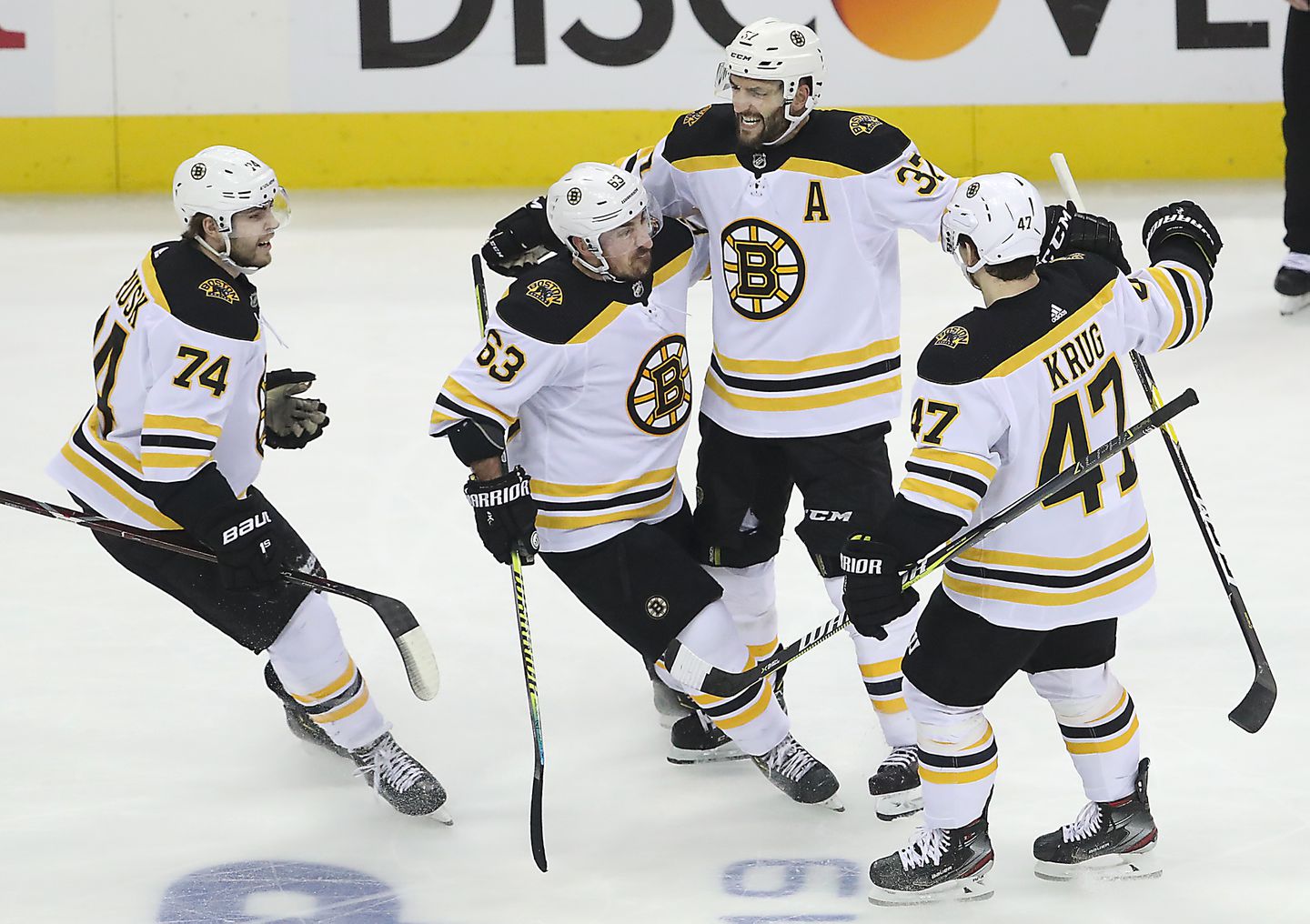 By: Evan Michael | Follow me on Twitter @00EvanMichael
The Black N’ Gold should heed the lyrical advice of Tina Turner’s Goldeneye:

“But now my time has come and time, time is not on your side!”

Not perhaps for Zdeno Chara, 42, who is using EVERYTHING left in the tank to compete for the Cup in what could be his penultimate NHL season.

What a great scene watching the Bruins leave the ice to high fives, hugs and taps on the head from Zdeno Chara. Might be a giant old man by NHL standards, but has a lot of little boy in him right now.

Not perhaps for the Davids — Krecji, 33, and Backes, 35, who know their mid-30’s are the period in a professional hockey player’s career where talents & abilities begin to fade and the skates don’t move as quickly as they used to, despite their impressive leadership qualities.

David Krejci says David Backes is the type of leader that’s “always there for you” pic.twitter.com/jSIkg7qxMp

And perhaps not for, I hate to write it, Patrice Bergeron, 33, who continues to play through what many are speculating has to be a painful injury ala the way he has played in multiple previous injury-plagued playoff campaigns (one can only imagine the consistent & constant toll that takes on the no-longer-in-your-20’s body).

IMO, I think both Pastrnak & Bergeron have some sort of injury, if it comes out to be true, then shoutout to them for playing through it, I don’t think he should be scratched, but I do think he should be on the top line, that line needs to get its rhythm back & bring Backes back

Yet, for all the worry & concern leading up to game four of the Columbus series — a game that many experts/bloggers/pundits/broadcasters/etc. were saying was a “must win” for the Bruins including this guy — all of the above players raised their games to match the already raised stakes. And did they ever lay it all out on the ice to get that “must win” — a rough & tumble 4-1 affair that saw Tuukka Rask play his most inspired netminding while not minding the fact that he was often left out to dry… especially on the B’s PP.

So impressive the mental toughness of this Bruins team. 4 separate times in these playoffs they’ve trailed in a series, and each time they won the next game to tie it up. Speaks to the leadership of Chara, Bergeron, Krejci, Backes etc. and how everyone takes after them.

The series, as we all know, is now tied 2-2 and heading back to Boston where the barn will no doubt be burnin’ (proverbially speaking) after the B’s, and their social media supporters, stirred up plenty of puck-citement.

To Bruins fans: If you bring that crap Game 2 energy to Game 5 I’m finna lose my mind. Building needs to make Brandon Dubinsky quit the NHL.

And needing now only 2-out-of-3 wins to advance to the Eastern Conference Finals (with two of those games potentially coming on home ice), to match up against either the “Jerks” from Hartford, North Carolina or the Tavares-less Islanders from Brooklyn is it?, the Bruins find themselves in an enviable playoff position. After all, no one expected this series to be happening (Tampa’s bolt from the 1st round was indeed an eye-bulging surprise) nor the Caps & Pens to no longer be competing. The same can be said for the match-ups out West. Truly, there is no better opportunity for the B’s to gas up the engines and make a serious drive to the Stanley Cup Finals.

As most who follow the game recognize, the road to hoisting Lord Stanley’s coveted cup is the longest, bumpiest and at times most dangerous in all of professional sports. The B’s have overcame a mountain of impediments this season — injuries & aging among the most aggravating. Yet, here they are… poised for a run at a championship despite all of the above. And with a path to “the Cup” more passable (and attainable) than any recent playoff setup.
There’s another golden Goldeneye nugget that will behoove the Black N’ Gold:

“…how it feels to get so close and be denied.”

All of those valuable veterans who are fighting for each other (and perhaps even Father Time as well) know this feeling. And outside of the momentous Cup run that was 2011, they know it all too well. So, why not make the most of what’s in front of them? Why not realize there may be no better time than NOW to bring yet another championship back to Boston?

Well, with age there also comes wisdom. And the B’s would certainly be wise to take advantage of where they are and where they want to go before this season ends.