Bruins, Chara Deserving Of Our Thanks! By: Evan Michael | Follow me on Twitter @00EvanMichael
The Boston Bruins, and in turn the city of Boston, have a lot to be thankful for this NHL season and this current holiday season. And the man at the center of it all, truly captaining the ship both on the ice and in the community, is “Big Z” himself — Zdeno Chara.

Chara is 42 and may end up having one of the best seasons of his career. We all think Tom Brady is amazing, but Chara is equally amazing. #bruins https://t.co/CZIVvqN64b

One thing even bigger than Chara the player… is Chara the person. Only hours after scoring the game-winning goal against the Ottawa Senators on the road, the B’s Captain headed home to Boston to partake in the team’s annual tradition of donating pies to people and causes in the community who are in need this time of year.
As the Boston Bruins official press release noted, Chara made stops at the New England Center and Home for Veterans, St. Francis House, Pine Street Inn, and the Haley House.

The Boston Bruins announced… that Zdeno Chara will continue the Bruins’ annual tradition of donating 400 pies purchased from Mike’s Pastry in the North End for Thanksgiving and delivering them to local organizations on Thursday, November 28.

The only treat sweeter than this? Chara’s play of late. He’s led the B’s on a five-game winning streak and a nine-game point streak — all ahead of the appetizing and hopefully fulfilling NHL Thanksgiving Showdown on Friday WEAR the B’s will debut their new third jerseys (keep an eye out for an upcoming Black N’ Gold preview piece on this fashionable update to a classic Bruins design). 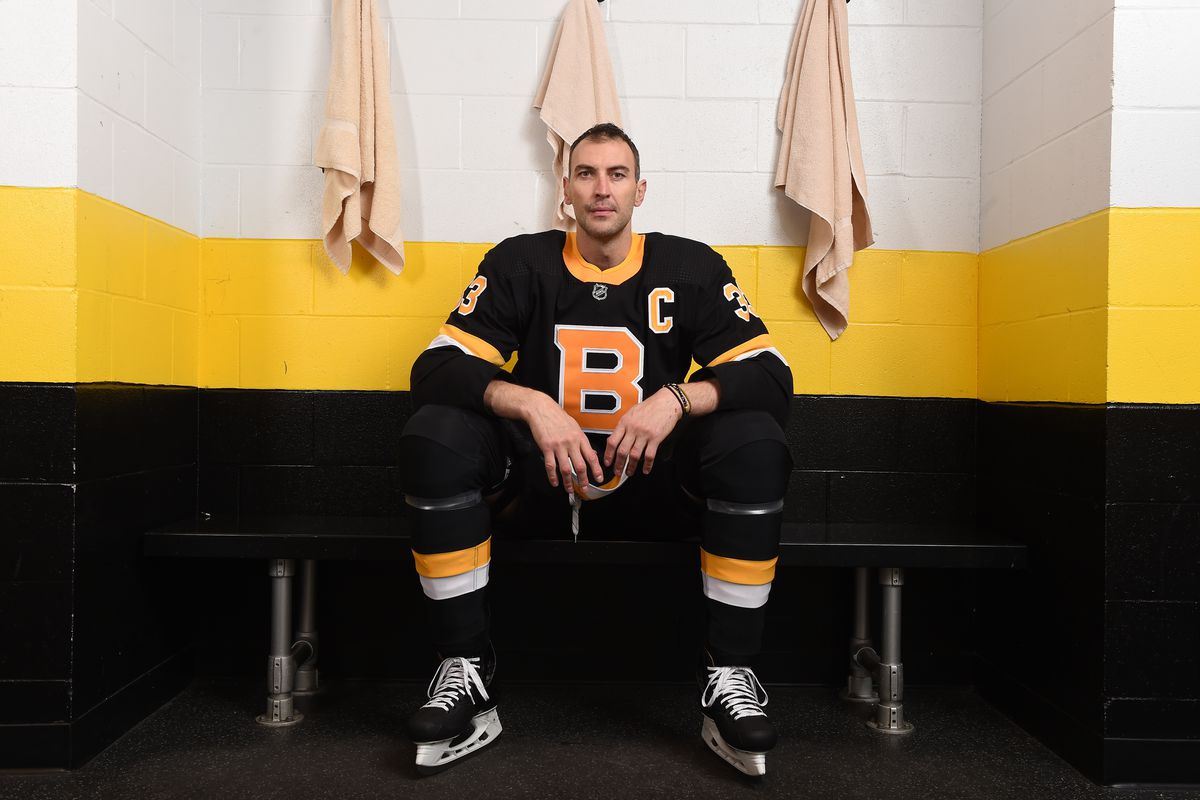 Tuukka Rask and Zdeno Chara were pleased with the Bruins’ effort in their comeback win over the Senators.

Last year, the Boston Bruins Foundation joined in on the Thanksgiving Day donations with a benefit for the Boston Children’s Patient and Family Holiday Support Program. It helps families struggling with food insecurity over the holidays. Chara’s involvement led to more than $3,500 in Turkey Day donations — something “Big Z” said helped make a big difference in the lives of those less fortunate:

“It feels good… You know, it’s very important for me to help others. At this time of the year it’s obviously giving season and I’m just very glad that we can… change their Thanksgiving (for the better).” — Zdeno Chara, November 2018

Something that he hopes doesn’t change for Thanksgiving (or for the rest of the year/season for that matter) — the B’s current gameplay. Boasting the best record in not only the Atlantic Division but also the entire league (16Ws – 3Ls – 5OTs = 37 Points), his Bruins are on a streak hotter than a turkey-cooking oven!
Like I said, there’s a lot to be grateful for and thankful of in Boston these days. And Zdeno Chara represents ALL of it — from the game-winning goals to the game-changing volunteerism. Who wants seconds?