It’s been a rough holiday season for the Bruins. After a hot end of November and two straight wins to begin December, the Bs have entered a 1-8 stretch and have not looked like the Bruins that we know. So what better to cheer up the black and gold fans with some injury news.

The first bit of news is far from great. Per Bruce Cassidy, Bruins’ captain Zdeno Chara will be out against the Washington Capitals on Monday. The same jaw he injured during the Stanley Cup Finals last season needs some more work done. The area where he had surgery on has gotten infected, so the plates and screws need to be taken out. This is some certainly troubling news, especially when considering the Bruins’ recent success against the Capitals. Over the past six years, Boston has gone 1-16-0 against the team from the nations’ capital. 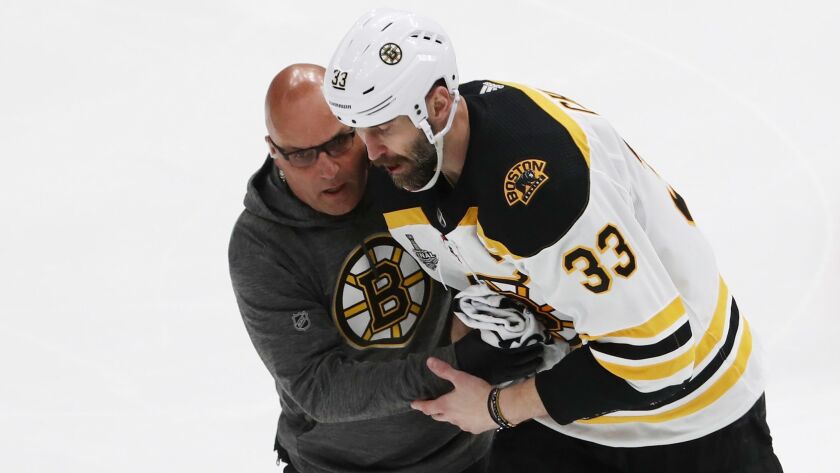 It’s going to be a tough loss for this struggling Bruins club. Despite being the ripe old age of 42, the big man is enjoying yet another good season for the Bs. In 37 games he’s played this season, Chara has five goals and 13 points while continuing to be a rock the Bruins need on D.

Luckily, there is a bit of good news among this nightmare of a month. Youngster Karson Kuhlman seems to be nearing his return to a Bs team that could use a much-needed spark to their lineup. Kuhlman was originally injured during a game against the Toronto Maple Leafs on October 19th. He suffered a “hairline non-displaced fracture of his right tibia” after taking a shot off his foot according to Don Sweeney. Before his injury, Kuhlman hadn’t registered a point in eight games but that wasn’t from a lack of trying. The 24-year-old speed was evident every shift he was on the ice and was able to pull something out of nothing because of his legs. Last season he proved he had the talent to be an everyday NHLer. He notched three goals and two assists in his short stint in the big leagues and added another three points in the playoffs. With the Bruins searching for a fix at the right-wing slot, Kuhlman may prove to be a much-needed addition.

What a rip by Kuhlman pic.twitter.com/pSl7nT9Yui

As for Kevan Miller, it was reported earlier this week that he had yet another procedure on his knee. That procedure will extend Miller’s absence for even longer and there remains no real timetable for his return. The veteran defenseman has yet to lace his skates up this year and was limited to just 39 games last season.