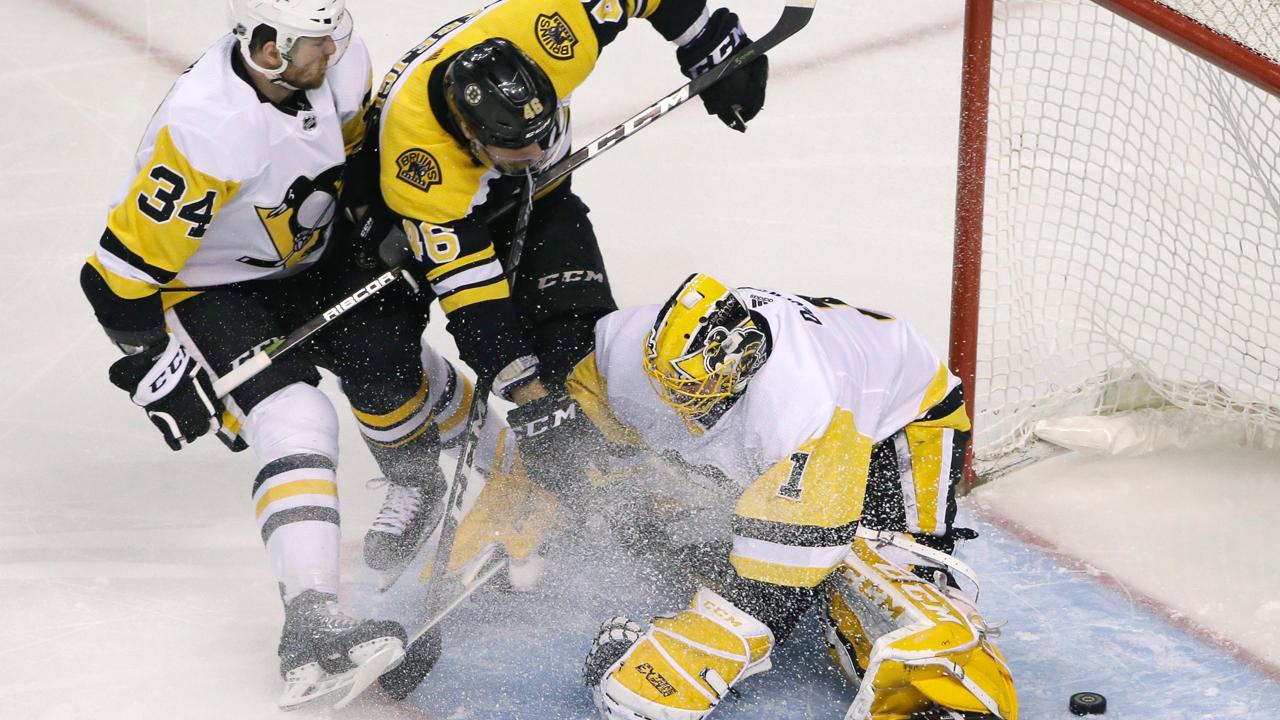 By: Max Mainville | Check me out on Twitter @tkdmaxbjj
With back-to-back losses against the Philadelphia Flyers and Columbus Blue Jackets earlier in the week, the Boston Bruins look to get right back to their winning ways against the red-hot Pittsburgh Penguins. The Bruins are still third in the National Hockey League with a 27-9-12 record, but have a 5-2-3 record in their last ten games played. Boston needs to start piecing together wins again in order to remain atop the standings.
Pittsburgh has been one of the best teams in the league for well over the past decade and somehow, they have quietly done the same in 2019-20, winning four-straight games and having an 8-1-1 record in their last ten games to boost themselves to fourth in the overall standings. The Penguins have a 29-12-5 record and trail the Bruins by only three points with two games in hand.

Sidney Crosby had not played a game of hockey since November 9th, so the doubts of him playing at the same elite level were there, but he quieted all of them down. The 32-year-old superstar proved why he will go down as one of the greatest of all-time after scoring a goal and three assists for his first four-point night since March 2nd, 2019 against the Canadiens. Crosby now has 6-15-21 numbers in 18 games played this season.

You give Sidney Crosby that much time off and he uses that time to master this bank pass to himself #Penguins pic.twitter.com/CaVhIFPu3O

Whenever David Pastrnak steps on the ice, especially when the Bruins are on the power-play, he is a threat to score. Even though he was held scoreless in the shutout loss to the Blue Jackets on Tuesday, he has five goals in his last five games including a hat-trick four games ago against the Winnipeg Jets. Pastrnak still leads the NHL in goals and has 36-33-66 numbers in 48 games this year.

Evgeni Malkin is commonly thought of as the wing man to Sidney Crosby, but in Crosby’s absence, he was deemed the leader of the team and he stepped up. Malkin leads the Penguins with 15-32-47 totals in 33 games played in ’19/’20 and is in the midst of a four-game point streak where he has accumulated 4-4-8 numbers. In Pittsburgh’s 7-3 win over the Wild, Malkin scored two goals and added an assist for a three-point night of his own.

In a league where depth scoring seemingly rules, the Boston Bruins need all four lines to produce consistently and for Sean Kuraly, consistency has been one of the biggest problems. Even with his sixteen points on the campaign thus far, he has only one point in his last seven games and has not scored a goal in sixteen consecutive games (Dec. 11 vs WSH). Bruins need more from Kuraly, even if he is a fourth-liner.
Matt Murray is likely getting the start in goal after back-to-back starts for Tristan Jarry early in the week and if he does, it might be a better chance for the Bruins to pick up the win. Even though he has three wins in each of his last three starts, he has allowed three, two, and four goals respectively in those starts. With a .896 save-percentage and a 2.91 goals-against-average, Murray has strides to improve his game this season.

*F David Krejci (upper-body) is a game-time decision for tonight’s game vs PIT.

Boston and Pittsburgh meet one another for three games a year and with Boston taking a 6-4 back on November 4th, the Penguins will look to even up the season series tonight before their final meeting of 2019-2020 this Sunday in Pittsburgh. The Bruins survived a strong four-goal second-period from the Pens in that first game to score three goals in the final period to pick up the win.

Taking a look at the speciality team battle, the Bruins on-paper take the win there. Boston has the third-best power-play percentage (27.3%) and the 7th-best penalty-kill percentage (83%) while the Penguins have the 17th-best man-advantage in the NHL (19.9%) and the 14th-best penalty-killing percentage at 81%.
Boston remains as the best team at home in the National Hockey League with a 15-2-9 record while inside the TD Garden. On the other side of it, the Penguins are a pretty decent road team – having a record of 12-7-2 during the season so far.

Puck drop is scheduled for 7:00pm EST from the TD Garden in Boston, Massachusetts, USA.

Check out the new Black N’ Gold Hockey Podcast episode 162 that we recorded below! You can find our show on many worldwide platforms such as Apple Podcasts, Google Podcasts, iHeart Radio, Spotify, SoundCloud, and Stitcher.