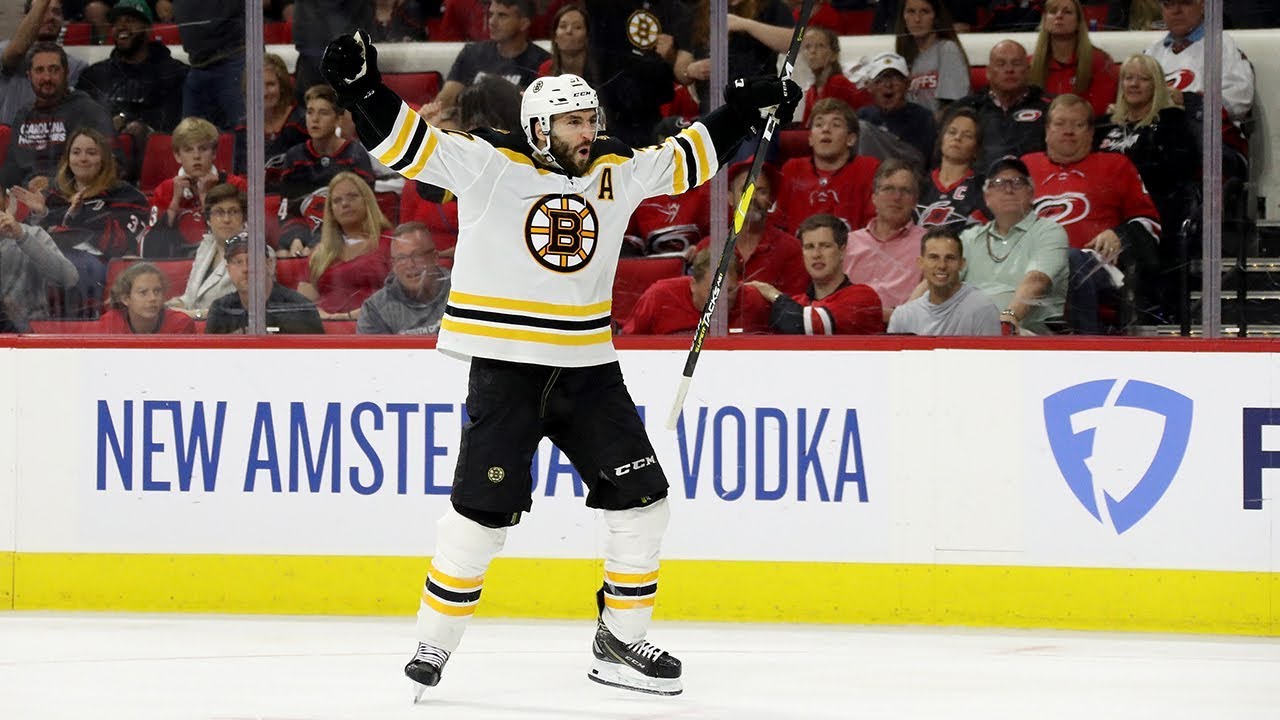 Or, in this case, story. And further adding to his storied Spoked-B career, No. 37 for the Black N’Gold just joined an ELITE group of Bruins scorers.

Because Bergeron accomplishes so much so often, it’s easy to forget just how amazing some of his milestone moments truly are (New England community & league leadership notwithstanding) — from the overall number of games played to the oftentimes player of the game status. But his most recent accolade BEARS some highlighting and not just for the illustrious company he now keeps with names like Neely & McNab, Espo, The Chief and Nifty.

It’s for the workmanlike — dare I say, yeoman-like — way Bergeron has earned his sixth 30-goal season that we should tip our caps (or should I say helmets). Without the above tweet, I don’t think many of us would have even blinked an eye when we heard it. And that’s because Bergy is ALWAYS at his consistent best, whether he’s scoring goals, setting up others or shutting down his fellow forwards.

Here are the five previous seasons where No. 37 eclipsed the coveted 30-goal plateau:

And notice the near-decade gap in between season’s one and two of his historic marker! Lest we all forget that Bergeron began his Bruins career as a babe — only 18 years old. And then had nearly three playing seasons combined taken off his tally sheet due to injury and concussion concerns over the next few years.  So LONGEVITY goes hand-in-hand with consistency when it comes to the courageous B’s co-captain.

Speaking of consistency, Bergeron is only a “hat trick” away from accomplishing yet another career achievement — most goals in a season. And “B”-lieve you me, when he’s putting up goals AND assists, then watch out competition.

This is exactly how he hopes to reward the B’s — and in turn how his teammates hope to reward him… by producing on the ice and hoisting up ONE MORE CUP to round out an incredible decade of two-way dominance!

“He’s an impressive player, he’s just the perfect example of consistency … very happy for him.”

Patrice Bergeron reaches his sixth 30-goal season and more in this week’s #NHLBruins Week Ahead: https://t.co/hgtZ1AXvY4