Why Did Bruins Fans Dislike Danton Heinen So Much? 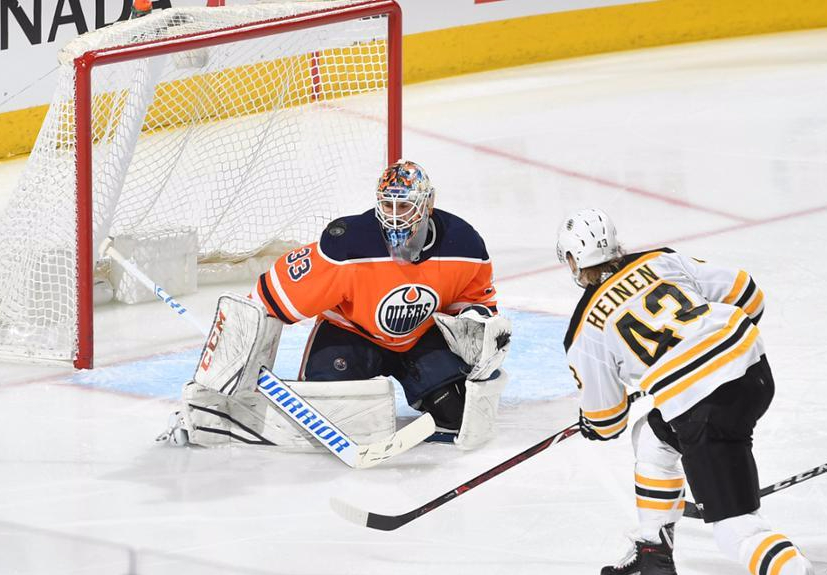 This is a topic that has been weighing heavily on me for the last year or so. With the Trade Deadline behind us and Danton Heinen off to Anaheim, perhaps it’s a moot point? However, the question remains, what was it about Danton Heinen that was such a turn-off for so many B’s fans?

If you spend any amount of time on Bruins Twitter, you couldn’t go more than 10 minutes without some sort of derogatory comment about Heinen. Most commenting on his lack of toughness, physicality, or production. I would say that Tuukka Rask was probably the only player on the team that was more polarizing than Heinen.

So what was it?

By all accounts, he was well-liked in the dressing room. Given his reaction to the trade, he obviously wanted to be in Boston. He played up and down the lineup and performed reasonably well wherever Bruce Cassidy put him. His salary of $2.8m is a little high based on his production this year but is in line for what players of similar age and production earn. He was extremely durable, having missed only one or two games to injury in almost three NHL seasons.

His detractors say he provides no offense. That he’s soft, never wins board battles and constantly gives the puck away. Obviously, if these were all true, he would not have been taking a regular shift for one of the best teams in the NHL, but why bring common sense into the equation?

In Heinen’s last 1,315 minutes on the ice, including playoffs, the opponents have scored 27 goals, or 1.2 goals per 60 minutes, blowing every other NHL forward out of the water.

Not to pick on specific players but when you look at these stats in comparison to some other B’s guys, the “Heinen-Hate” doesn’t make a lot of sense. Jake DeBrusk, who is loved by most of the B’s fanbase, has been stapled to Krejci’s hip in the Top 6 since he entered the NHL. His career totals: 198 games played, 61g/58a (119 pts), +14 (.60 ppg). Throw in 147 hits, 65 blocks, 96 takeaways, and 67 giveaways. Better than Heinen in some categories, but not overly impressive for the 14th overall pick in 2015.

Smaller sample size, but another player B’s fans love is Anders Bjork. In 107 career NHL games, he has only 14g/20a (34 pts), +6 (.32 ppg). He also has 71 hits, 44 blocks, 47 takeaways, and 33 giveaways. The majority of those numbers are actually below Heinen’s totals, even when you double them to get close to his total games. I’m not sure how often people look at stats like this before they tweet out their opinions on Heinen, but given the actual numbers, it’s probably not very often? 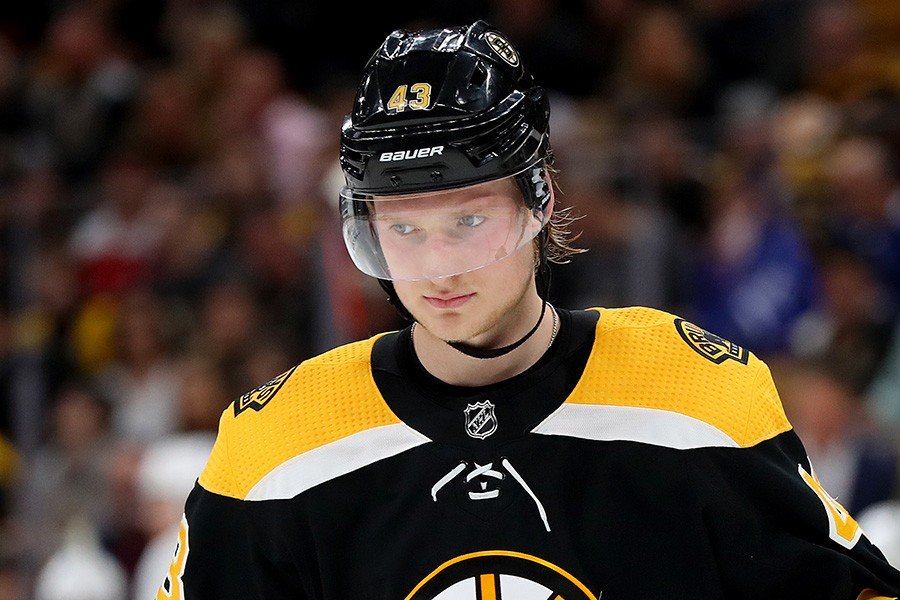 The supposedly “soft” Heinen has similar hit totals to both Bjork and DeBrusk and blocks significantly more shots than either. In my humble opinion, stepping in front of a slap shot takes a lot more guts than checking a player or face-washing someone in a scrum when the refs are sure to break things up, but to each his own I guess.

One of the legitimate issues fans had this year with Heinen was definitely his production in comparison to his salary. He got a raise after his ELC expired and was having his worst statistical year as a pro. If he was still making $800k, there would have been less noise about it for sure.

The flip-side to this is that it happens a lot with players. You can only have them on short money for so long, and I didn’t hear anyone complaining when Heinen put up 47 points on the first year of his ELC. As big a Heinen fan as I am, I would agree that he didn’t play to his contract this year as a Bruin. That said, I still don’t believe that his salary was the primary reason that Boston fans disliked Heinen.

So, if it wasn’t the production and the salary was only part of it. A relatively small part that really doesn’t explain the venom with which people went after Heinen. Then what was it exactly?

More than anything else, I believe it was simply a perception that Heinen was not passionate about the game and didn’t care because of his cerebral and “quiet” style of play. He went about his business as a Bruin very calmly and without any fanfare. Goal celebrations were muted and there was no tugging on the spoked B of his jersey. Instead of big, attention-grabbing hits, opponents were efficiently ridden off the puck. Instead of flashy steals and end-to-end rushes, lanes were clogged and passes sent off the mark or deflected.

Ever since the “Big Bad Bruins” of the early 1970s and Don Cherry’s “Lunch Pail A.C.” teams of the late ’70s, Boston fans have identified more with players they see as gritty, nasty, and tough than they do with guys who are skilled and play a quieter game. I don’t have enough time or space to debate the merits of that approach in this article, but it is the way a lot of Boston fans think. Heinen was not the first B’s player that was disliked by fans because of his style of play and he won’t be the last. He’s just the most recent example.

Blake Wheeler was not physical enough for his size. Reilly Smith was too quiet. Loui Eriksson was a piss-poor return for Tyler Seguin and wasn’t edgy enough. Even a long-time Bruin like David Krejci is not immune to this bias. For years, despite evidence to the contrary, he has been considered “soft” and too cerebral by much of the fanbase he has given so much to. Anybody who watched him fight Pavelski the other night and saw the look of absolute glee on his face as he was throwing punches should realize you don’t judge a book by its cover.

I don’t think we will see Heinen exchanging haymakers with opponents in ANA any time soon, but it won’t be a surprise if he does well there. Hopefully, the deal ends up working out for both teams and both players.

Check out the new Black N’ Gold Hockey Podcast episode 167 that we recorded below! You can find our show on many worldwide platforms such as Apple Podcasts, Google Podcasts, iHeart Radio, Spotify, SoundCloud, and Stitcher.