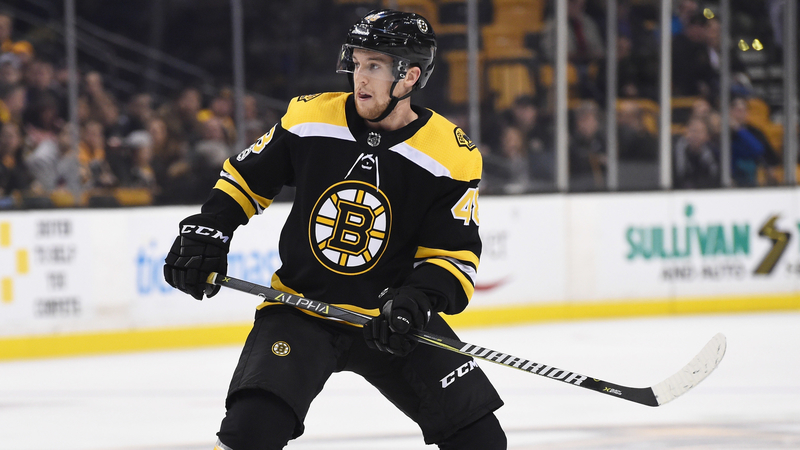 Today, October 10th, 2020, the National Hockey League Players’ Association (NHLPA) announced 26 players from across the league that have elected on salary arbitration. Among those players, Boston Bruins defenseman, Matt Grzelcyk.

According to Puck Pedia, a restricted free agent who signed their entry-level contract at the age of 22 or 23, (Grzelcyk was 22), can file for arbitration if he has a minimum of two years of professional experience which is the same as 10 or more games played in a single season at the professional level. Grzelcyk having played for three full NHL seasons, meets that, of course.

Matt Grzelcyk’s qualifying offer was for $1.4 million as Matt Porter (@mattyports on Twitter) brought up when the news was released, meaning he will likely get a significant upgrade from the arbitration. Also in the NHLPA release, the official hearings will take place from October 20th to November 8th. Teams can come to agreements with the player before their scheduled hearing.

Last season, the Bruins and forward Danton Heinen were scheduled to have a salary arbitration hearing but came to agreements on a two-year, $5.6 million ($2.8M AAV) contract beforehand. In fact, in the years since 2008 that Boston has had an RFA file for salary arbitration, only once has the team needed a verdict from the arbitrator. That time was in 2010 when Blake Wheeler was awarded a one-year, $2.2 million contract to which the Bruins accepted. On every other occasion, Boston has signed the player before the hearing.

For Matt Grzelcyk, it is quite understandable to want more than the $1.4 million qualifying offer that he was presented with. In each of the last three years as a Bruin, the Charlestown, Massachusetts native has surpassed his point total from the year prior. In 2019-20, Grzelcyk scored four goals and 17 assists for 21 points in 68 games, but only had one assist in 12 playoff games. At only 26-years-old, Grzelcyk still has room to grow as a defenseman in the NHL and is the type of young player you want to keep in your organization.

As well, with the loss of Torey Krug (signed a seven-year, $45.5 million contract with the St. Louis Blues), Grzelcyk’s importance to the organization especially on that blueline arguably rises and I would not be surprised if that is a topic of conversation during the negotiations.

History tells us that we could expect an announcement of a contract extension for Matt Grzelcyk in the coming days, but if this does indeed go through the hearing process with an arbitrator, I believe it will only raise his eventual salary that is awarded. Fellow Bruins restricted free agents Karson Kuhlman and Peter Cehlarik did not elect for salary arbitration which for Boston, is a good thing. We will see if there are any advancements on their potential contract extensions moving forward.

For the latest on the Matt Grzelcyk situation as well as trades, free-agent signings, contract extensions, and player profiles, make sure to stay locked on blackngoldhockey.com and follow my Twitter (@tkdmaxbjj) along with all of the fellow BNG writers and their handles.