From Nashville To Boston, Meet The Newest Bruin Craig Smith

At the end of the 2019-20 season, Craig Smith reached the end of his contract and after playing nine years with the Nashville Predators, he became a high-value unrestricted free agent. Prior to the start of this past Friday’s free-agent frenzy,  rumors circulated all across the social media platforms and begged the question: who exactly is on the Bruins radar?  As fellow BNG writer Patrick Donnelly explained, one such player that  Boston should target is Nashville’s Smith.

Speculation continued well into Friday and while there were certainly many interesting moves made throughout the league, Boston remained quiet until later on that night when it was reported that longtime Bruins defenseman Torey Krug was headed to St. Louis.

With frustration growing amongst the Bruins fanbase due to lack of movement from management,  Sweeney and Co. finally made their first major move early Saturday when it was announced that the 31-year-old forward had agreed to a three-year contract with an annual cap hit of $3.1 million. For the value and what the team will get in a solid player like Smith, this signing should bode well for Boston.

Not only has Smith been a key consistent player for the Predators, he is also one of the most high-volume shooters in the league. That alone is enticing and given the fact he likes to generate a lot of shots on goal should make many Boston fans happy. The Bruins need to address the many issues that have continuously plagued the team  (especially with secondary scoring) and while Smith isn’t going to solve all of Boston’s problems, he certainly adds A LOT of juice to the offense. 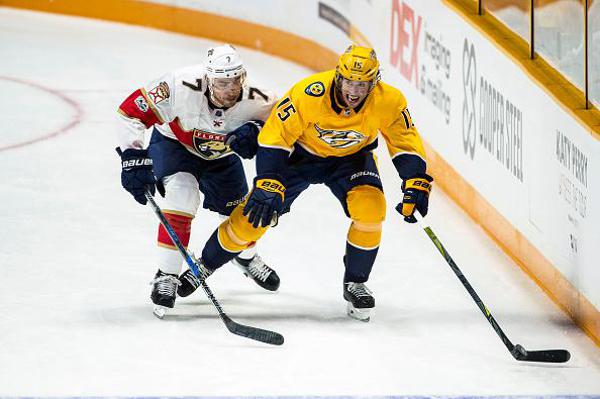 When it comes to playing at an elite level, Smith isn’t exactly green on the ice. As many know, the Bergeron-Marchand-Pastrnak trio has been touted as one of the most dominant in the NHL and luckily for Boston, Smith is no stranger when it comes to playing on solid lines. He played on Nashville’s dynamic line that included Nick Bonino and Rocco Grimaldi. According to moneypuck.com,  in 2019-2020 they played 401.3 minutes with an average goal percentage of 72.5% and a Corsi-shot attempt percentage of 54.8%. Their expected goal percentage was 57.5%.

In comparison, the Bergeron-Marchand-Pastrnak line played 646.3 minutes with an average goal percentage of 65.7%  with an expected goal percentage of 57.1%. Their Corsi-shot attempt percentage was 57.7% this past season. In a nutshell, Smith knows what it takes to thrive on a  productive line.

“Smitty”, as former teammate  Grimaldi called him,  also looks to be a player that isn’t afraid of handling pucks with needed speed:

“Me and ‘Smitty’ up on both wings play a pretty similar game, just the way that we skate and hunt pucks and get pucks back. ‘Bones’ (Nick Bonino) is the chief of the line. He is so smart and so good offensively and defensively. He is always aware, and he lets me and ‘Smitty’ take risks to jump out of the zone with speed, and I know he’s going to back us up if something goes wrong.”

As far as consistency goes, the former Nashville forward has scored 20 or more goals in five of his past nine seasons with the Preds. He was drafted 98th overall back in 2009 and his stats sit pretty high in that franchise’s records. He’s fourth in games played (661), fifth in goals with 162, and is second with even-strength goals at 120.  Smith sits in fourth place with 1697 shots on goal. 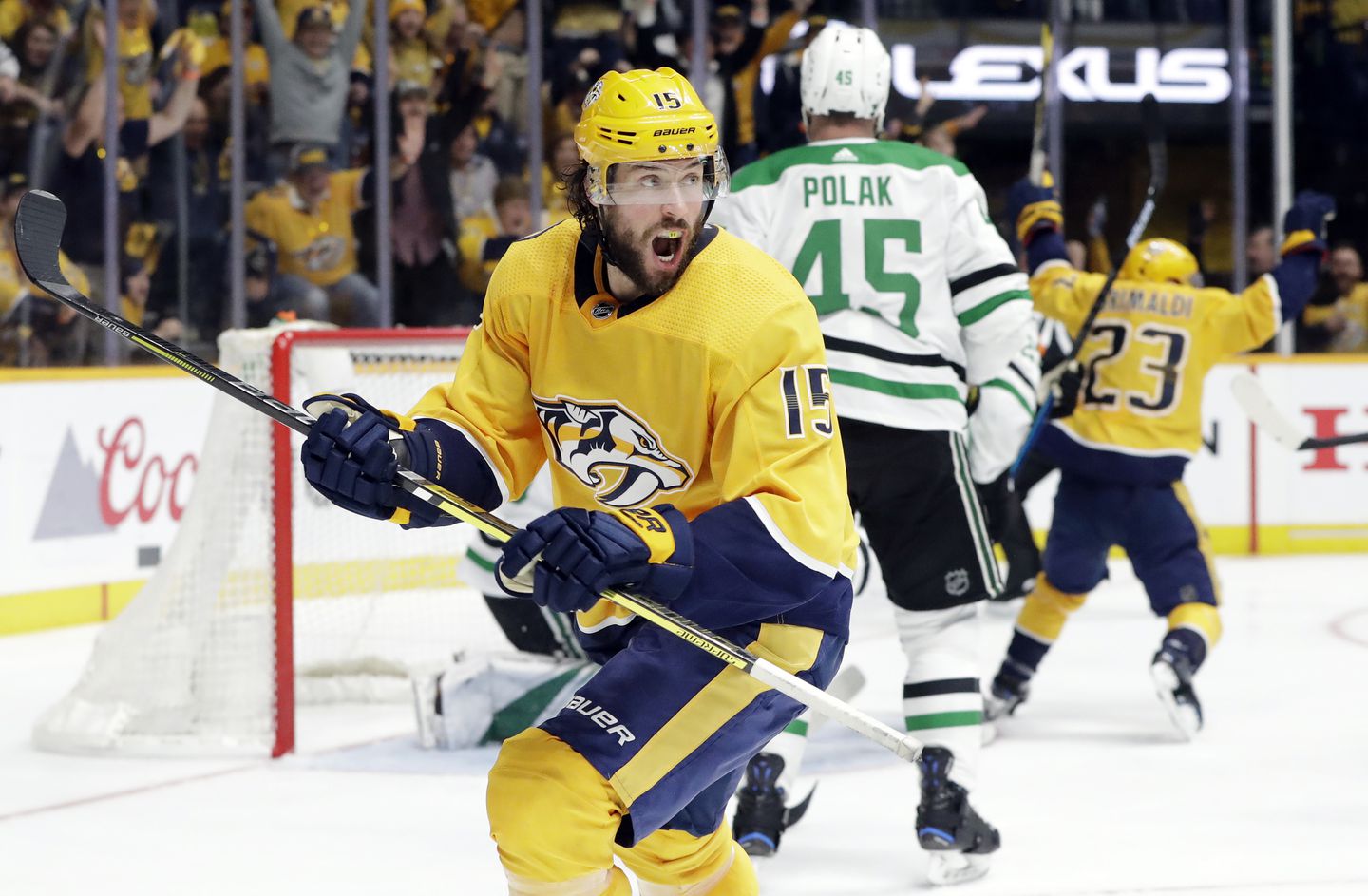 In his younger years, the Madison, Wisconsin native played for the Waterloo Black Hawks of the USHL  (United States Hockey League) where he was named to the 2008-09 First All-Star Team. He represented the United States in the Ice Hockey World Championship in 2011, 2012, 2013, and 2014. He became the first player since Colin Wilson to make the Predators without playing for Nashville’s AHL affiliated team-the Milwaukee Admirals.