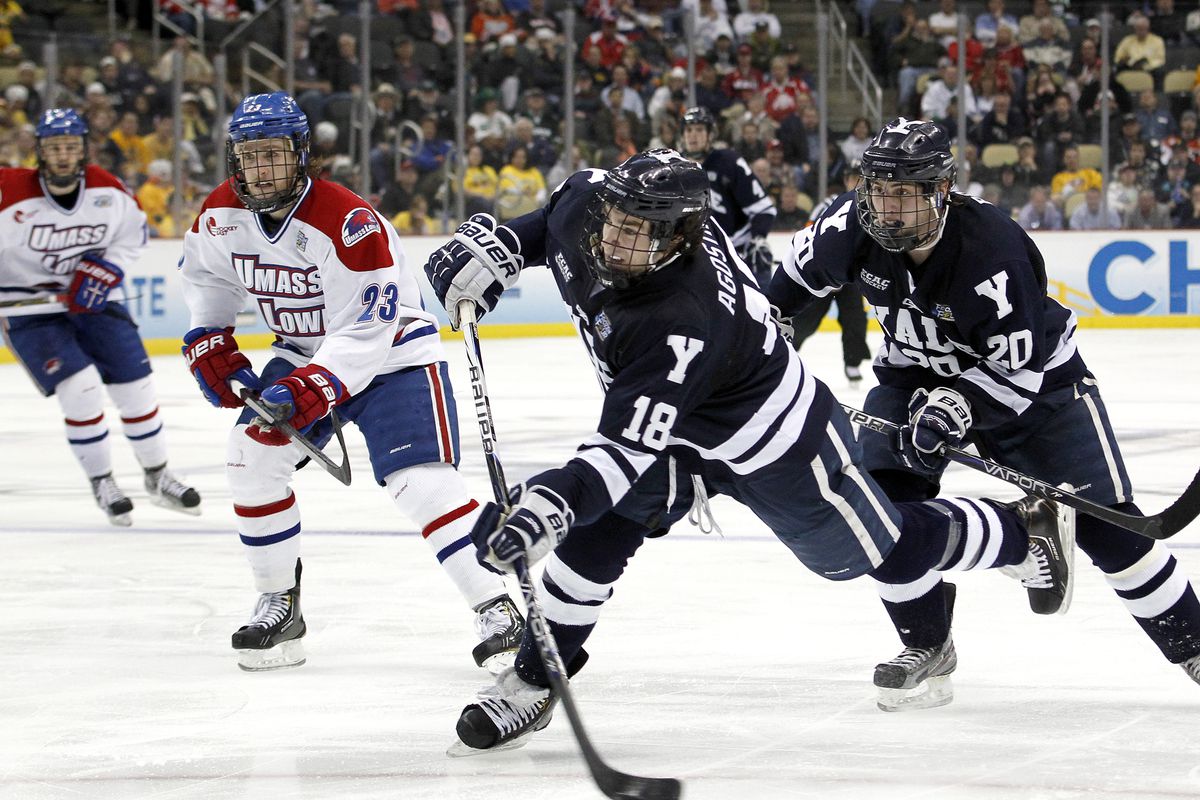 The Boston Bruins announced today that they signed former St. Louis Blue, Calgary Flame, Pittsburgh Penguin, and, more importantly, Yale Bulldog Kenny Agostino to a 1-year, $875,000 contract. The 25-year-old New Jersey Native was a 2010 5th Round selection by the Pittsburgh Penguins. Moved as a part of the infamous Jarome Iginla deadline-deal in 2013 to Calgary, Agostino signed with the Flames after his senior year at Yale. After not begin tendered a qualifying offer last summer by Calgary, he signed a 1-year, two-way contract with the St. Louis Blues. Agostino appeared in 7 games for the Blues, scoring 1 goal and 2 assists for 3 points in those games. What is more notable, however, was the 65 games he spent with the Blues’ AHL affiliate, the Chicago Wolves, in which he posted 24 goals and 59 assists for a total of 83 points en-route to the Les Cunningham Award as the AHL MVP.

Agostino has a total of 2 goals and 3 points for 5 total points in 17 career NHL games but has never quite been given the opportunity to show what he has on a consistent basis at the NHL level. With the Bruins buying out Jimmy Hayes and allowing Dominic Moore to walk in free agency, Agostino looks like a shrewd signing by GM Don Sweeney to potentially fill a Bottom 6 role in the forward corps, and to push rookies such as Noel Acciari, Jakob Forsbacka Karlsson, Anders Bjork, Jake DeBrusk, and Zach Senyshyn for a roster spot in the fall.