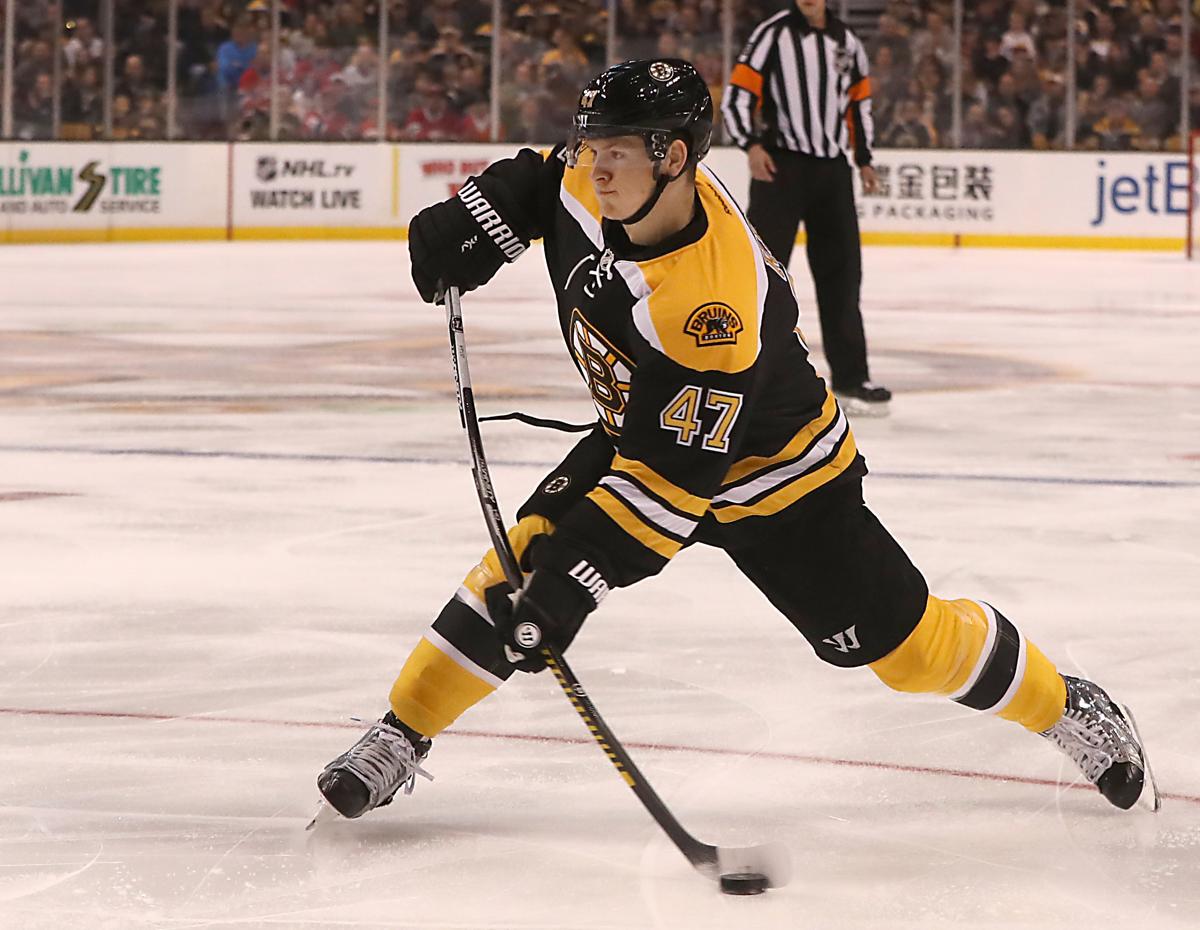 The Bruins will be without arguably their most important defenseman for an undetermined amount of time following a shot-block gone wrong Tuesday in Detroit. Matthew J. Lee, Boston Globe

Following the Bruins’ preseason matchup against the Detroit Red Wings, they received news of some significant losses due to injury. First and foremost amongst them is Torey Krug, who received a non-displaced fracture in his jaw following a blocked shot Tuesday night against Detroit. He will be evaluated in 3 weeks but is listed as out indefinitely at this time. Doctors often recommend a player does not take a contract for at least a month after a jaw is fractured in order to allow the bone to heal properly, but this timeframe can also stretch up to two months. It is a massive blow to a Bruins’ defensive corps who relies on Krug to operate its top powerplay unit and for Top 4 minutes. This likely forces Charlie McAvoy into a much more significant role as the regular season approaches and offers an opportunity for free agent signing Paul Postma or a combination of rookies Jeremy Lauzon, Jakub Zboril, Rob O’Gara, and/or Matt Grzelcyk on the opening night roster.

In addition to losing Krug against Detroit, rookie centerman Jakob Forsbacka Karlsson took an awkward tumble into the boards against the Wings and is currently being listed as day-to-day with an undisclosed upper-body injury. The former BU Terrier appeared in a single regular season game for the Bruins last year and looks to be a front-runner to push for a spot in the lineup this fall.

Finally, Matt Beleskey, who must have some of the worst luck in hockey, save for Marc Savard, is struggling through a foot contusion suffered in Monday night’s preseason matchup against Montreal. Beleskey appeared to be injured blocking a shot with his foot (this is one of the reasons why blocked shots is an unadvisable part of the game in my opinion) and is listed as day-to-day. Beleskey struggled with a litany of injuries last year, his second with the Bruins, only managing to appear in 49 games, and never quite looking himself. It is a disappointing start to the season for a player in desperate need of a bounceback year.

Stay tuned for more news and updates here at the BlackNGold Hockey Blog!