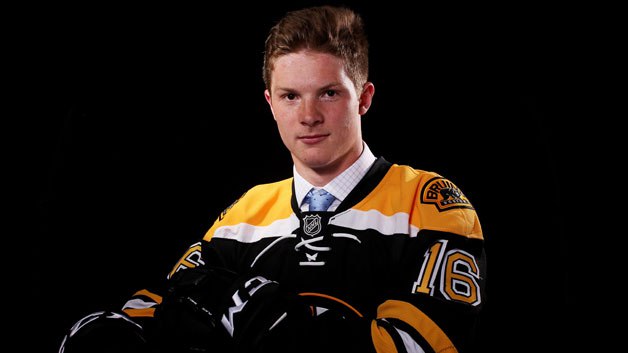 The Boston Bruins have announced that they’ve signed prospect forward Trent Frederic to a three-year entry-level contract. The 6′-3″ 216-pound St, Louis, Missouri native recently finished his sophomore season at the University of Wisconsin where he appeared in 66 games posting 65 points. The 20-year-old 29th selection of the B’s in 2016 also signed an Amateur Try-Out agreement and will report to the American Hockey Leagues  Providence Bruins for the remaining 15 games.