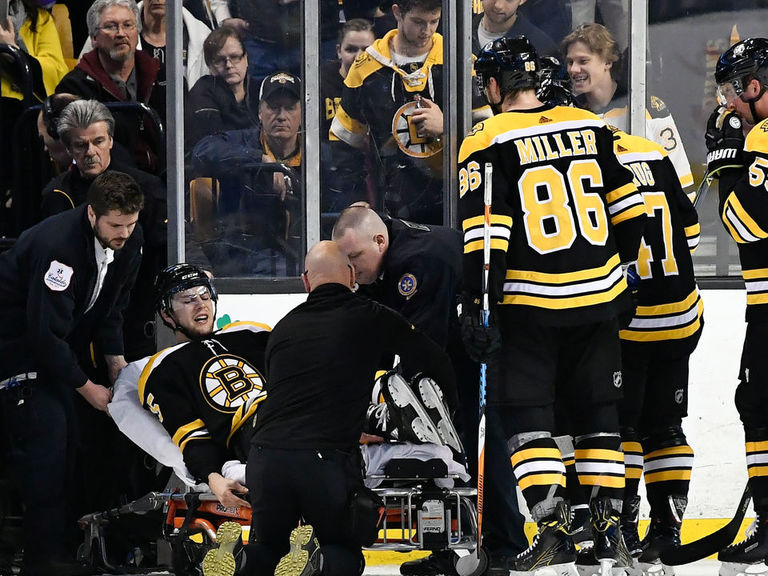 Photo: vipleyo.com
By Thomas Nyström | Follow on twitter @nahstrom
According to his sources, Joe McDonald of the Boston Sports Journal is reporting that Bruins defenseman Brandon Carlo suffered a broken left fibula in this afternoons 5-1 win over the Florida Panthers.

The injury happened when Carlo was in the defensive corner going after the puck one-on-one with the Florida’s Aleksander Barkov midway through the third period. Carlo’s left skate got pinned under himself as he fell with a seemingly fair amount of his weight coming down on it.

Carlo was stretchered out, and at the time appeared calm leaving Bruins fans a glimmer of hope that the injury wasn’t season ending. As it turns out, that unfortunately may not be the case. A broken fibula typically takes 6 weeks to heal, and his timeline is likely to be 6-8 weeks and then potentially return to skating.

After the game Bruins coach Bruce Cassidy understandably did not offer update on his condition. Expect that announcement coming soon. Matt Grzelcyk should be expected to receive an increased workload, and Nick Holden’s acquisition at the deadline just got further justification.