Is It Time For The Bruins To Add Depth In The Crease? 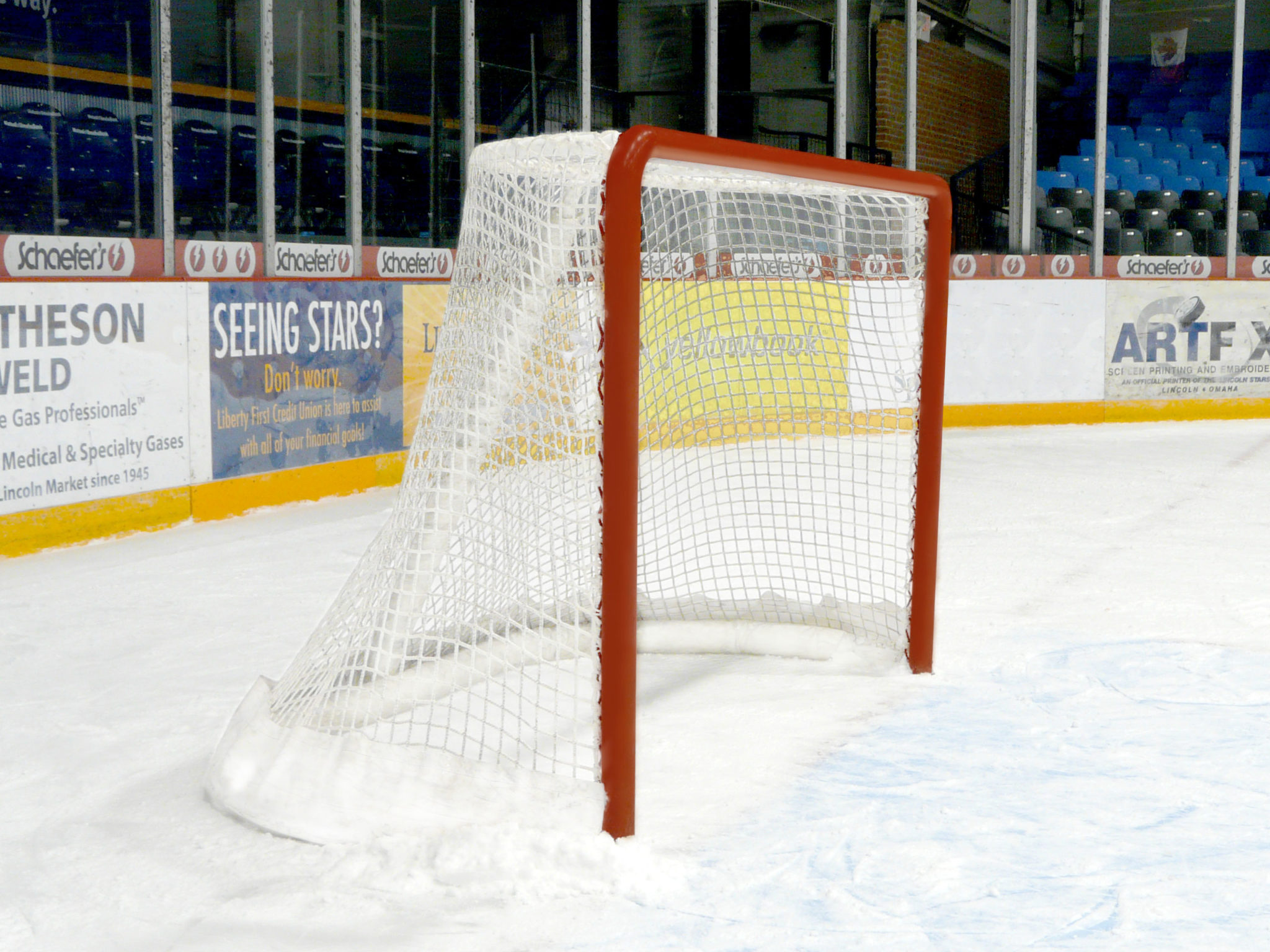 The Boston Bruins have a decent amount of prospects when it comes to the developing depth in the crease of the organization, but I believe this summers National Hockey League Entry Draft from the American Airlines Center in Dallas, Texas the B’s should add another one to the mix. Jordan Binnington is a St. Louis Blues goaltender that came to the Providence Bruins on a loan agreement to start of the 2017-18 season as the Blues organization lost their American Hockey League affiliation with the Chicago Wolves to the new National Hockey League franchise the Vegas Golden Knights.

According to the St. Louis Post Dispatch article published by Jeremy Rutherford in August of 2017, the Blues organization will have an AHL affiliation with the San Antonio Rampage who currently have a minor-pro agreement with the Colorado Avalanche. Once the AHL expansion to the state of Colorado is complete with the current East Coast Hockey Leagues Colorado Eagles, the Avalanche will have their own AHL team closer to the organization’s operations in Denver. With all these changes set to happen over the 2018 summer offseason, a roster spot in the crease will open up in Providence after Binnington is presumably returned which sparks my speculation of another netminder joining the Bruins developing depth.

With the vacancy in the net for Providence, I believe this will be a great opportunity for 2015 third-round selection Dan Vladar who’s had limited time in the AHL as an emergency recalled goaltender from the ECHL’s Atlanta Gladiators where he started his pro career after one season in the United States Hockey League with the Chicago Steel in 2015-16 after being selected in the NHL’s Entry Draft from Sunrise Florida. In two seasons with the Gladiators team, the 6′-5″ 185-pound Praha, Czech Republic native has a career record of 22-27-2-2, a Goals-Against-Average of 3.24, and Save Percentage of .904. In his time of need when called up to the better, faster AHL Providence team, the 20-year-old seems to step up his game and rise to the occasion posting a 6-2-2 record in 12 games played, a 2.47 GAA, and .922 Save%.

ICYM my latest article about how well Dan plays when he gets his chances in the #AHL – Bruins Prospect Vladar Remains Hot In AHL Starts https://t.co/qLrdGedqQ1 via @BlackAndGold277 #NHLBruins #Boston #BruinsFam #AHLBruins

If the NHL Bruins re-sign veteran backup goaltender Anton Khudobin to an extension, Vladar could join netminder Zane McIntyre next season to potentially make a lethal 1A /1B AHL tandem. Now, if the Bruins do not want to bring back Khudobin who’s definitely changed his game for the better since Head Coach Bruce Cassidy took over the bench boss duties last spring, McIntyre could be an option for the NHL backup role leaving two spots for goaltending additions either in the AHL or ECHL.

Bruins goaltending prospect Kyle Keyser who signed an Entry-Level contact with the Bruins and is currently with the Providence team for the remaining regular-season games and playoffs will be returned to his Ontario Hockey Leagues Oshawa Generals as he’ll not be eligible to stay with the AHL Bruins as a 19-year-old. This past regular season with the Generals, Keyser posted 28-13-0 record with a 3.16 GAA and .904 save% and appeared in all five first-round OHL playoff games against the Niagra Ice Dogs losing the series 4-1.

Congratulations to Kyle Keyser, he is the winner of the Most Valuable Player Award for the 2017-18 season! #GensNation pic.twitter.com/lLewVm6Fkn

Also, in the developing mix is University of Maine netminder Jeremy Swayman who finished a stellar freshman season for the Black Bears and is presumably headed back to school next season.  The 19-year-old Swayman, an Anchorage, Alaska native posted a 15-12-3 record with a 2.72 GAA and .921 save% with the Black Bears last season in his rookie year of collegiate hockey. His 2018 playoffs were also something to watch as he swept cross-state rival Universtiy of New Hampshire Wildcats but didn’t have enough for the second round matchup with Providence College ending a year full of positives for the young man.

This leaves the Bruins in an interesting position in my opinion. With the organization’s fine work of restocking the prospect pool and not giving up valuable future assets to address needs in the past, I believe (I know this is going to sound crazy) using this year’s 2018 second-round or third-round selection to address the continued growth in the crease and be ready for any situation forthcoming would be a wise idea. In my opinion, the prospect pool is full of quality defenseman and forwards to make a selection like this.

Below are a few ideas that I’ve come up with as a possible solution for the Bruins moving forward in the crease and why I like these players.

Dhillon who is currently playing in the second-round of the OHL playoffs with the Niagra Ice Dogs had a career-high 2017-18 regular season posting a 28-16-3 record and although his goals-against (3.34) and save percentage (.899) isn’t exactly attractive to the stat watchers, he does possess solid attributes and is a key factor in this year’s Ice Dogs success. The 6′-4″ 186-pound netminder from Buffalo, New York would be a solid addition to the Bruins organization as he’s already been involved with the coaching and training staff when he was invited to the 2016 Bruins Development Camp in 2016 that was held at the Ristuccia Memorial Arena in Wilmington, Massachusetts.

This will be Stephen’s second year of draft eligibility, and that shouldn’t be a knock on him for being passed over from NHL teams in the past. When he was in Bruins development camp, he was one of the better goaltenders and got heavy praise from management and attending media. One key factor of a potential addition of a player like Dhillon is if he’s selected in this year’s draft he will be eligible per CHL/NHL agreement to play in the AHL and ECHL if needed.

Dhillon will be 20-years-old on September 14, 2018, and he’ll miss the cut off date by one day giving him immediate exposer to the higher levels of developmental professional hockey.  I really liked the way Bruins Goaltending Coach Bob Essensa worked with Dhillon and believe if he’s selected could get increased tutelage from former NHL netminder Mike Dunham who now has one full season under his belt as B’s Crease Development Coach. Dunham did a fantastic job last season making the rounds to give pro instructions to the many goaltenders of the Bruins depth in the crease.

Lazarev had a monster 2017-18 regular season and helped his OHL’s Barrie Colts get to the second round of the playoffs in his first-year with the club. With Friday’s 4-2 series elimination to the hands of the Kingston Frotenacs, the now 20-year-old and his season commitment over with Barrie, this might be a tempting addition for the Bruins organization without having to waste a draft pick. With Barrie last season, Lazarev posted a 32-16-0 record with a 3.23 GAA and .898 save%. In 12 playoff games in 2018, the undersized 5′-10″ 161-pound netminder went 6-6 in the second season with a 3.37 GAA and .911 save% and looks to be ready for the next step whether it’s continued development in the AHL or ECHL.

Leonid, a Moscow, Russia native spent three full seasons with the Ottawa 67’s appearing in 122 games and posted a 55-52-3 record before being traded to Barrie. As an available player that could be signed any NHL team to add to their organizational depth.  This is another netminder I strongly suggest the Bruins add to the core in the crease particularly with the Atlanta Gladiators organization where next season if Vladar is moved up to the AHL, would be the only goaltending prospect with the Premier “AA” minor-pro affiliate for the last year of the affiliation agreement with the NHL Bruins.

Good luck to the @OHLBarrieColts players who are graduating from the OHL this year. Though they weren’t with the Colts for very long, they each had a major impact in their time with the team. @ALuchuk91, Leo Lazarev and @TFergus19 were excellent leaders and character guys. #OHL pic.twitter.com/W2Ei5HZ5EV

I know the Bruins organization isn’t too keen on players of Russian descent but one of these days this team is going to have to bite the bullet and take a chance on the talent like Lazarev regardless of positional needs. Just think how next season could look in goal if this all comes to fruition. An NHL Bruins tandem of Tuukka Rask and Khudobin next season, an AHL Providence tandem of McIntyre and Vladar, and an eligible minor-pro tandem in the ECHL with the Atlanta Gladiators of Dhillon and Lazarev would be some scary depth in my opinion. Depending on what happens after next season, a player like Kyle Keyser could easily slot into a role in the minor-pro depths as he’ll be eligible for first-year pro hockey as his OHL commitment with Oshawa would seemingly be over.