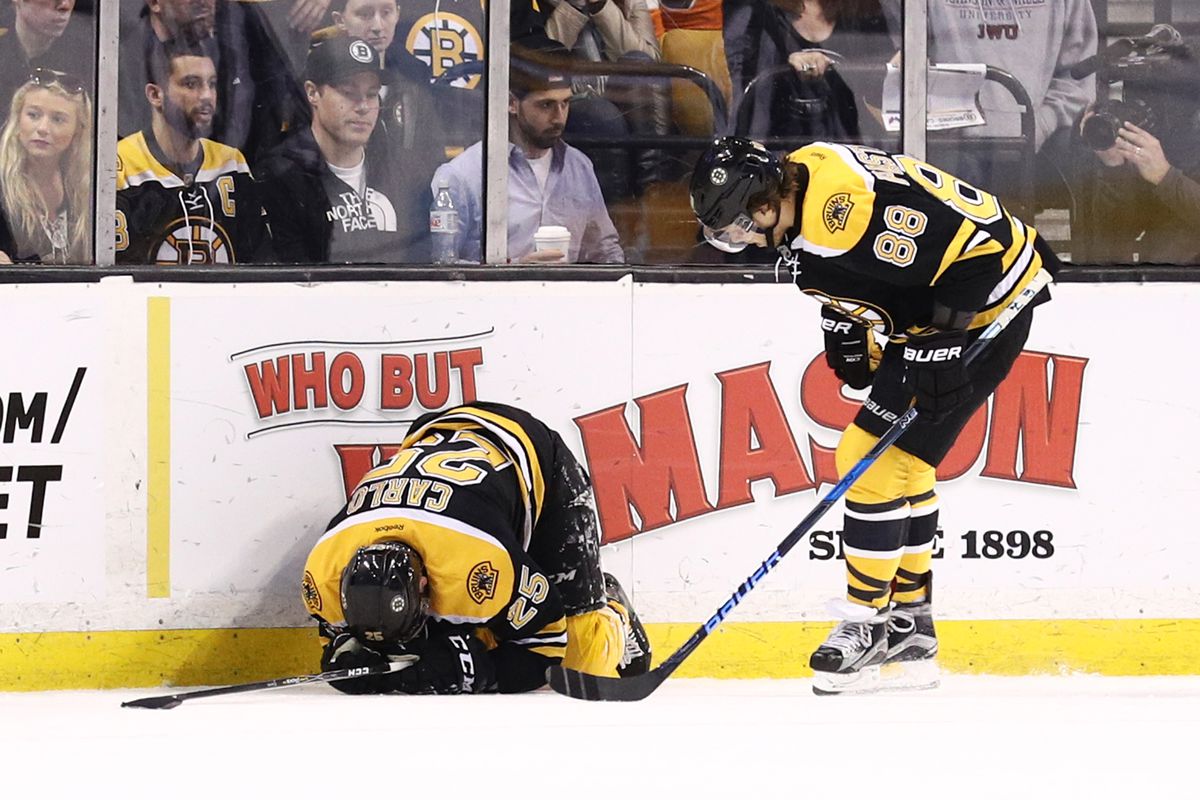 As with every playoff run in the National Hockey League, injuries become one of the biggest issues with a team and it is usually how well the rest of the team can handle the injury and how deep that team is offensively and defensively that determines if they can remain good in the playoffs.

Going back to the beginning of the 2017-2018 regular season, the Boston Bruins dealt with injuries after injuries. In fact, the injury bug lasted to the end of the season and into the playoffs. However, most of the time, when a player is injured in the playoffs, they push through the pain and play in hopes of assisting their team to the next round.

Today, the Boston Bruins cleaned out their lockers at Warrior Ice Arena and talked to the media about numerous topics including the one everyone wants to know about – the injuries.

So, according to Boston Bruins (@NHLBruins on Twitter) here is the updated Bruin Injury Report as of 1:00pm EST.

D Zdeno Chara – upper-body injury throughout the playoffs, no word on what exactly it is

F Patrice Bergeron – Missed Game 4 vs Toronto due to concussion-like symptoms, had groin injury as well

Defenceman Brandon Carlo attended the media day this morning as well, giving a positive update on his broken ankle that he suffered back in March.

Carlo said that his ankle feels fantastic as of today and fully expects to make it for training camp later in the off-season. He predicts to be walking once again on the foot within the coming week.

Brandon Carlo (broken ankle) says he “feels fantastic” and should be walking in another week or so. Asked if he’ll be ready for camp: “Absolutely.” #NHLBruins

No doubt about it, the Bruins lacked 5-on-5 goal scoring in the series against the Tampa Bay Lightning, relying fully on their strong power play to lead them into the Conference Finals, which evidently did not play in Boston’s favor, losing in Game Five.

To have Brad Marchand, Patrice Bergeron, and Jake DeBrusk dealing with injuries, it slowed down the production that we saw so vividly in the Conference Quarter-Finals against the Maple Leafs. Boston needed the depth of the third and fourth lines, a strength that they succeeded with throughout the season. Against Tampa, however, the bottom-six was not there to add additional scoring for the team, also adding to the loss.

Either way, the Bruins now have a few months to fully heal up and get ready for the 2018-2019 regular season in this upcoming October.