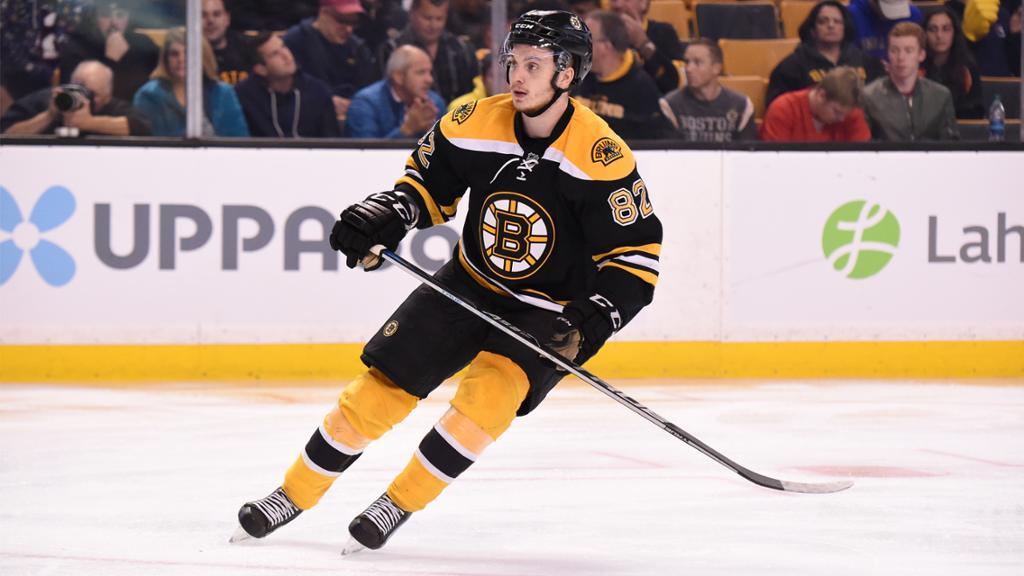 Considered the hardest trophy to win, the Memorial Cup began back in March of 1919, when it was known then as the OHA Memorial Cup. The name “Memorial” was given to the trophy to remember the fallen Canadian soldiers who sacrificed their lives in World War One. When the Canadian Junior Hockey system divided into “A” and “B” categories in 1971, it was given to the highest class of junior hockey players.

In 1972, the tournament adopted a round-robin style, as we typically see in international tournaments. The champions of the Western Hockey League (WHL), Ontario Hockey League (OHL), and Quebec Major Hockey League (QMJHL) play against the host team with the two best during the round-robin battling in the finals to determine the ‘Memorial Cup Champion’.

The 100th Annual MasterCard Memorial Cup begins this Friday, May 18th in Regina, Saskatchewan. Sixty teams had the entire season to get to this moment, but only these four teams will get the opportunity to play in the Memorial Cup.

The Swift Current Broncos were considered a team that could possibly have a chance to win the WHL Championship at the beginning of the season, but were often held back from the Moose Jaw Warriors, the Saskatchewan team that most people expected to make it into the final. However, thanks to the massive trade deadline acquisition of Stuart Skinner, the Broncos finished second in the WHL standings, becoming a quick favorite to win it all.

The Edmonton Oilers prospect led the league with six shutouts during the playoffs, captain Glenn Gawdin led the team in points during both the season and the playoffs. Not to mention having the WHL Coach of the Year Manny Viveiros behind the bench, controlling the team’s on ice performance. The Broncos set a Western Hockey League record for most playoff game played in one season (26) after back-to-back game seven series in the first two rounds, following with two consecutive game six wins to take home the WHL Championship.

This will be the third time the organazation will play in the Memorial Cup tournament, winning it back in 1989 in Saskatoon. The only other appearance for the Broncos was back in 1993.

It’s fairly safe to say that this is uncharted territory for the new Hamilton Bulldogs. After being re-located back to Hamilton, Ontario following a 35-year run in Belleville as the Belleville Bulls, the Bulldogs became an Ontario Hockey League franchise in the 2015-16 season.

In the first season as the Hamilton Bulldogs, they missed the playoffs with a 25-35-8 record. With a quick turnaround the next season, the Bulldogs managed to squeak their way into a playoff berth, finishing the 2016-17 season with a 33-27-8 record, good for fourth in the East. Even with the improvement, the Bulldogs would lose in the first round to the Kingston Frontenacs in six games. The defeat would not slow them down heading into this past regular season.

During the 2017-18 season, the Hamilton Bulldogs finished with the second-best record in the OHL, with a 43-18-7 record. This would lead the team to a solid postseason run. Hamilton would knock off the Ottawa 67s, Niagara Ice Dogs, and the Kingston Frontenacs (rematch of the year prior) all in five games. The dominant playoff success would eventually give OHL fans what they wanted to see from the beginning – Hamilton vs the Sault Ste. Marie Greyhounds, the best team during the regular season. With near ease, the Bulldogs would eliminate the Greyhounds in only six games, winning Game Six by a score of 5-4 on home ice.

This will be the first ever appearance in the Memorial Cup for the Hamilton Bulldogs.

After a disappointing second-round exit in the 2016-17 QMJHL playoffs to the Blainville-Boisbriand Armada, the Acadie-Bathurst Titan would come back with a vengenace in the 2017-18 regular season. Coming off a 39-23-6 record (6th in the league) for the ’16/’17 campaign, the Titan would win 43 of the 68 QMJHL games this past season, finishing second in the year-end league standings. They only trailed one team – the team who beat them in the previous playoffs, the Blainville-Boisbriand Armanda.

This little rivalry would grow even more as both the Titan and Armanda would meet once again in the QMJHL finals. Before this, however, the Titan would defeat the Chicoutimi Saguenéens in six games, sweep the Sherbrooke Pheonix, and complete another sweep in the semi-finals against the Victoriaville Tigres.

Following a Game One loss, the Titan would come out victorious in Games Two, Three, Five, and Six to eliminate Blainville-Boisbriand and win the QMJHL Championship. Throughout the season and the playoffs, defence has clearly been the top strength for the Titan. Their backend is filled with older CHL players who have more experience.

The Pats are only in the Memorial Cup because they are the CHL team that is hosting the tournament. Back in 2017, it was announced that Regina, Saskatchewan would host the event, beating out Hamilton, Ontario and Oshawa, Ontario. The Pats are the league’s oldest franchise, with play dating back to 1917. Regina has appeared in a record 16 Memorial Cup tournaments and also have appeared in the most Memorial Cup finals (13). The franchise has won the trophy on four occasions – 1925, 1928, 1930, and 1974.

This year, the Pats finished the league with the seventh-best record (40-25-7), good for a playoff berth in the WHL postseason. However, the run to a WHL championship would end abruptly, losing in seven games to the eventual WHL Champion, the Swift Current Broncos. The loss stung a bit more than usual for the Pats. They took Game Six on home ice by a whopping score of 7-3, only to lose in Swift Current, 4-3 in the final Game Seven.

While the Regina Pats seem like just another CHL team in the 100th Memorial Cup, they actually have some connections to the current Boston Bruins – prospect Jesse Gabrielle. 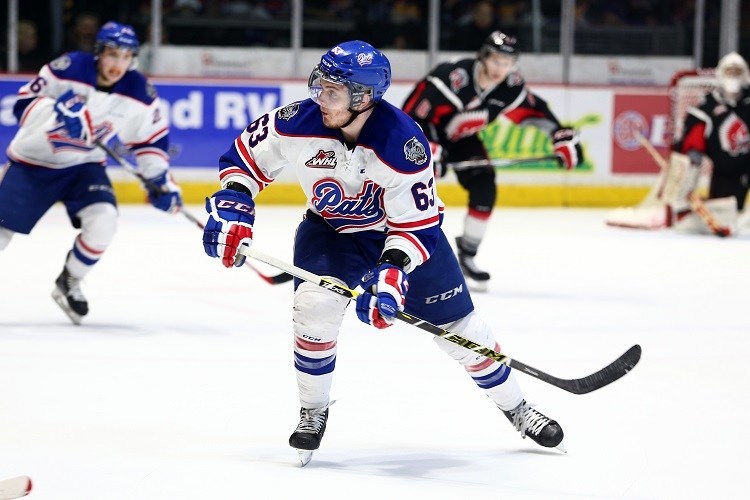 Jesse Gabrielle was the Boston Bruins’ 105th overall draft selection (4th Round) in the 2015 NHL Entry Draft. The 6’0″ 205-pound, Moosomin, Saskatchewan native impressed Boston scouts enough with a 25-point season in 33 games the year before his draft with Brandon Wheat Kings, and another 19 points in 33 games with the Regina Pats also in the 2014-15 season.

The solid two seasons with the Cougars would pay off, as Gabrielle began his 2017-2018 season with the AHL’s Providence Bruins. However, due to poor attitude in the locker room, he would be healthy scratches in many games, causing him to only play in 21 games last season with the Boston affiliate team. In that span, he would struggle – only one goal and four points.

In January of 2018, the Boston Bruins announced that they would send down Gabrielle to the Western Hockey League. Just days before, Gabrielle was traded from the Prince George Cougars to the Regina Pats, who wanted Jesse for their Memorial Cup run.

Boston Bruins prospect Jesse Gabrielle with the 'no move' move to win the shootout for the Regina Pats tonight pic.twitter.com/CfRzXq435P

Gabrielle would play in 27 regular season games with the team, producing 13-6-19 totals in that span. The move added scoring depth to the Pats, something they wanted heading into the playoffs. Unfortunately for Regina and Gabrielle, he would sustain an injury in the final weekend. Jesse would be a scratch for the Pats in Game One of the playoffs against the Broncos.

Gabrielle would get to play two games in the first round, his first coming in Game Three. Gabrielle was held off of the scoresheet, in a 4-1 loss. Gabrielle would not be slotted into the Pats’ linup for the next three games, but would indeed make his second appearance in the 2018 WHL Playoffs in Game Seven, where he again failed to tally a point and only landed a single shot on the net.

Clearly, Regina was eliminated in the first round in that Game Seven, which is the main cause of Swift Current winning the WHL Championship and earning their spot in the 100th Memorial Cup. Jesse Gabrielle has had since April 2nd to recover from the injury that was hindering his playing time in the WHL Playoffs.

Still, there are rumours around Twitter that Gabrielle may still be on the Pats’ injury list, but according to numerous podcasts across the hockey community, Gabrielle is expected to play in the tournament and is also expected to play a big role in a possible successful result for the Regina Pats.

Former @PGCougars forward Jesse Gabrielle is on the @WHLPats injury list and isn't available for the @MCMemorialCup. #Hockey

It is very possible this Tweet is not true, but it is a good idea to consider the possiblity of Gabrielle not playing.

A strong Memorial Cup (if he does play) could bring him back on the Providence Bruins roster for the 2018-2019 regular season. This is a big opportunity for Jesse to get back into the position he was once in just a short time ago.

The action begins this Friday as the Regina Pats take on the Hamilton Bulldogs at 8:00pm Regina (Central) time. On Saturday, the Acadie-Bathurst Titan will play the Swift Current Broncos at 2:00pm Central time. The six round-robin games will come to an end on Wednesday, May 23rd with a tie-breaker game (if required) on Thursday, May 24th. As of May 17th, the Final for the 2018 Memoral Cup will be on Sunday, May 27th at 5:00pm Central time.

It all starts Friday!