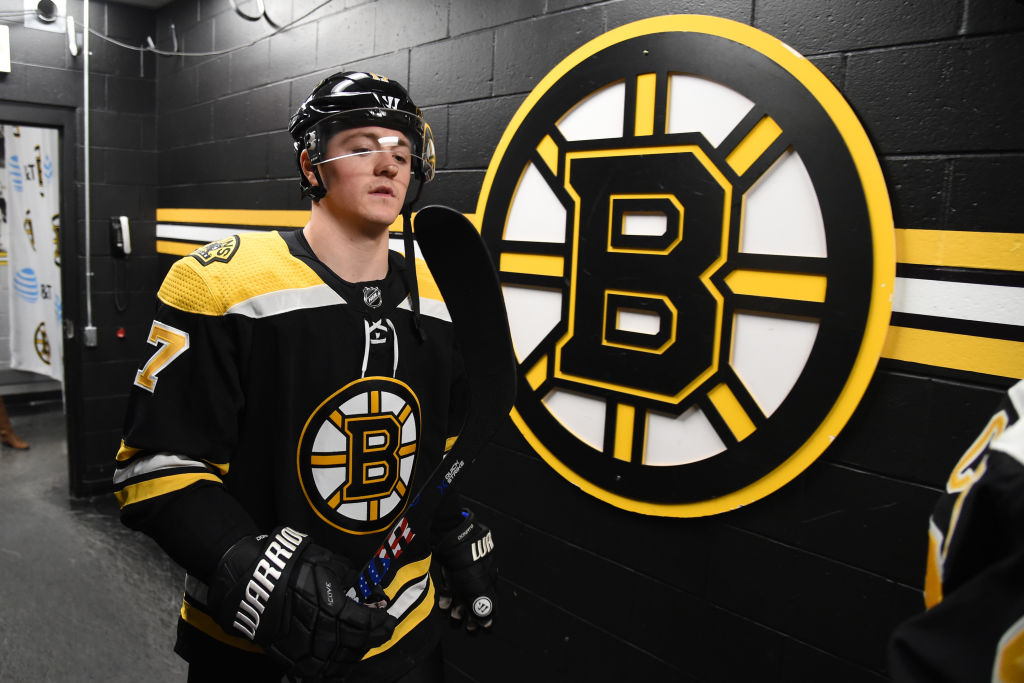 Ryan Donato will play tonight, per Bruce Cassidy. Still TBD who he will play with. #NHLBruins

Donato has been the topic of recent discussion given the Bruins’ struggles so far in their second-round series. Most of the team’s players have been streaky at best while others have failed to produce at all.

For the majority of Boston’s playoff run this year, many pointed to the fact that Donato is not experienced enough to be playing in the rougher and more intense second season of the NHL. While that argument is justifiable, the Bruins now find themselves in a hole which is why the rookie received a tap on the shoulder by his coach.

Even Donato himself commented on how different the playoffs are compared to the regular season:

"Playoff hockey is a different animal, there's nothing really like it."

🎥 Ryan Donato on tonight's game being a playoff primer: pic.twitter.com/XFL20Ei9lQ

Donato received 9:24 of ice time in Game 2 of the playoff series against the Toronto Maple Leafs. He clocked in with a minus-1 rating and three shots throughout his performance.

During his 12 appearances in the latter stages of the regular season, Donato did quite well. He registered five goals and four assists while averaging 14:42 in ice-time-per-game. He maintained a plus-2 rating, scoring on over 20-percent of his shots. The rookie also won 12 of the 16 face-offs he took.

So, what can Donato add to the Bruins game? Speed is the number one factor as Boston has often times found themselves far too sluggish to keep up with a fast-paced Tampa Bay offense. Even back in the Toronto series, they were losing 50-50 battles more times than not.

Former Bruin Marc Savard seems to agree that Donato can help out the struggling Bruins:

The @NHLBruins need an injection of life and scoring in there lineup and I think it comes in the form of Ryan Donato in a top 6 roll maybe playing with Debrusk and Krecji..I’d like to get your thoughts? #Project91 #concussionresearch #keepittight pic.twitter.com/V9MJlJriyr

Donato can also add an offensive spark – his stats during the regular season are certainly compelling. He is also fresh after watching the majority of the playoffs from the rafters. The rookie has likely been receiving pointers while watching the games unfold from above – fans surely hope he was taking notes and can capitalize upon what he has learned.

Time will tell if Donato can make an impact in Game 4. The Bruins desperately need it as going back to Tampa Bay in a 3-1 hole will not bode well for the black and gold.