Bruins Youth A Detriment In Postseason? 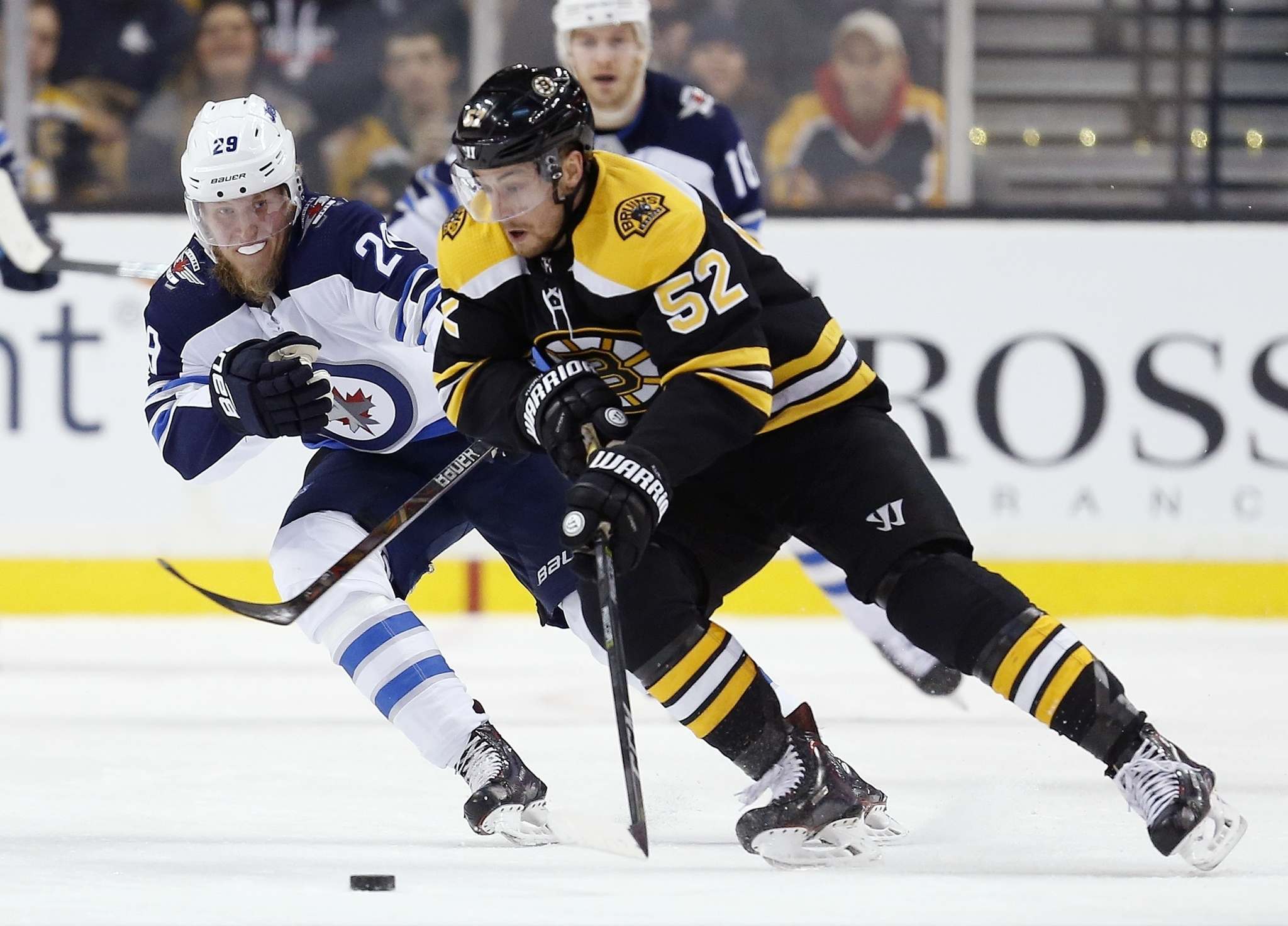 The youth was served by the Boston Bruins in the 2017-18 season. Three players in their first season finished in the top ten in scoring on the team. Jake DeBrusk and Danton Heinen each scored 16 goals and finished their rookie seasons scoring 40 plus points. After a successful playoff debut last spring, Charlie McAvoy played in 63 games, scoring 32 points and playing virtually the entire season on the top defensive pairing with Bruins captain Zdeno Chara. The youth proved very successful for the team as they finished in second place in the Atlantic Division, just a single point behind the Tampa Bay Lightning for the top seed in the Eastern Conference.

11 different skaters made their NHL debuts during the season, and five of those players also made their playoff debuts, excluding McAvoy. By comparison, of the four teams that reached the conference final, eight players combined made their playoff debuts. These eight players made significant contributions to their team so the list may exclude some players who played a game or two. The point is the Bruins relied more heavily on rookie skaters than any other team that made a deep postseason run. The Bruins had players like Sean Kuraly and Matt Grzelcyk playing big roles, and at times they seemed to get overwhelmed with the rigors of postseason play. This article is by no means an indictment on the Bruins youth, but it’s pretty clear that teams like Tampa Bay, Vegas, and Washington had rosters that were more experienced to deal with how to play in the postseason.

Tampa Bay, in particular, was a team that gave the Bruins issues because they were filled with experienced players like Chris Kunitz, Brayden Coburn, and Ryan Callahan. Players like this may not be flashy, but they’ve been through the postseason battles and understand how to play in those intense battles. It’s not to say the Bruins were without experience because they arguably had some of the most experience going into the playoffs with the likes of Chara, Patrice Bergeron, and David Backes. But with younger players playing such big roles, it became an issue when they weren’t up to it. It’s not to say they won’t ever get there but it’s clear watching these later rounds of the playoffs, they might need to add a few players to give them the experience level of other teams.

Some may assume the Vegas Golden Knights are a team filled with young, inexperienced players because of the expansion draft, but you’d be wrong. Only one player on their playoff roster is considered a rookie, right winger Alex Tuch who has scored six goals in the postseason for the Western Conference Champs(crazy right?).

The game was tied for all of 12 seconds until Erik Haula and James Neal had their say.

Some of their biggest performers such as Marc-Andre Fleury, Erik Haula, and David Perron are seasoned veterans and guys who can be counted on in the postseason. Again this isn’t saying the Bruins youngsters aren’t up to the task, but sometimes it’s more pertinent to have experienced playoff performers on your team because you know exactly what you’re going to get from them. Maybe in the next few years, we’ll see this experience for the younger players pay off, but this postseason it was clear that the teams who went farther were filled with experienced NHL players who understood their role and were up to the task.

This past season for the Boston Bruins was nothing short of extraordinary, and the fact, so many younger players had large roles was an absolute revelation. It was important that so many players got good postseason experience so they can use that for future playoff runs and you can be sure they’ll be many more with the surplus of up and coming talent in this organization. The 2018 postseason may not have brought a cup to Boston like so many wanted, but watching the teams still in it filled with seasoned veterans should be a reminder of what it takes to win a championship.