Lineup Shifting Could Be Beneficial For The Bruins Going Forward 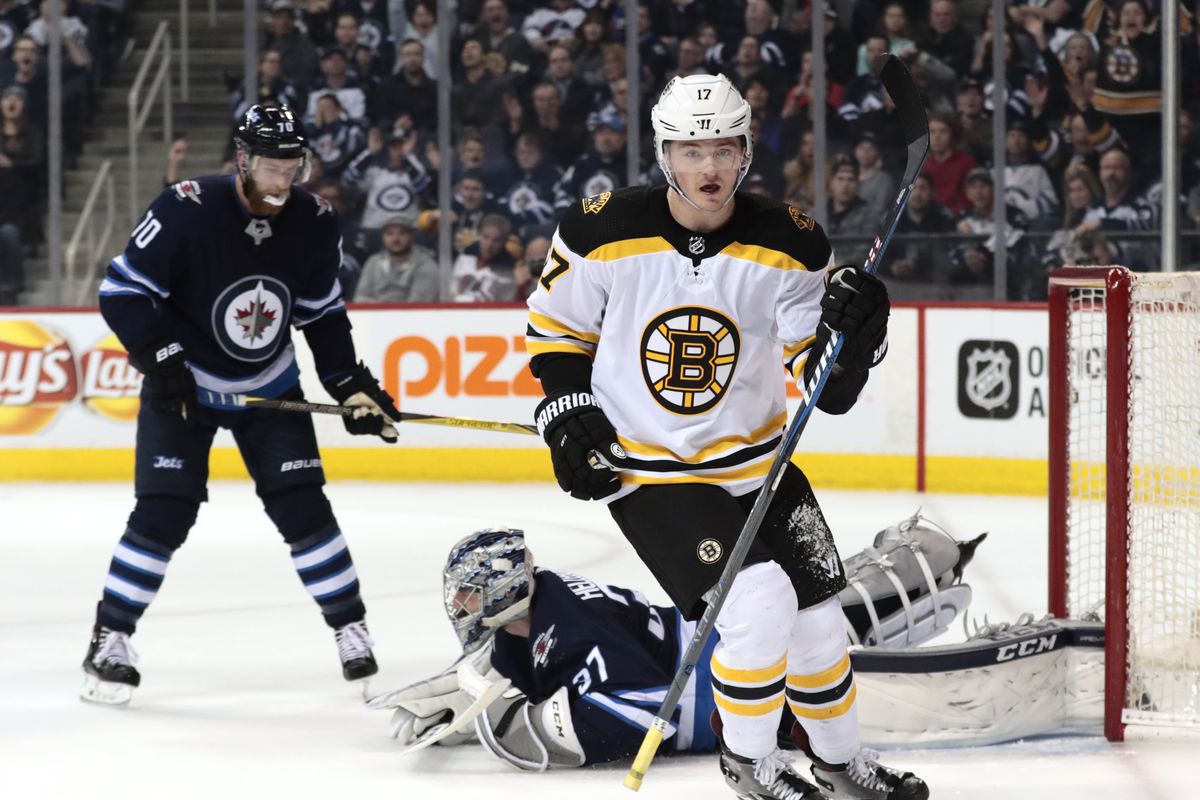 It is no secret that the Bruins were out of wack at certain times throughout games two and three. Part of this funk they have been in has come because the second and third lines just haven’t been themselves.

Krejci Rick DeBrusk have 1 goal together in 98 minutes this playoffs with 68% o-zone faceoffs. No goals in the last six games.

Riley Backes Heinen have played 18 mins together this series and have been outshot 16-4 and outscored 2-0.

It gets to a point where Bruce Cassidy is going to need to mix things up to get better results. Tommy Wingels slotting in for Tim Schaller won’t do that. Change should start with the second and third lines who just haven’t been performing well on both sides of the puck. The Bergeron line has shown the capability to carry the team, but that just simply won’t happen every game. Getting used to relying on them when the rest of the team can’t score would be very counterproductive.

The defense could use some minor changes as well. Not necessarily in terms of subbing anyone out, but rather shifting the pairings a bit.

This is how I see it. The second line hasn’t been converting on their scoring chances, that’s where Ryan Donato comes in. Despite scoring two goals in game one, Rick Nash just hasn’t been effective enough to warrant top-six minutes. Giving a hungry, young, dynamically skilled player looking to prove himself in the playoffs in Ryan Donato could give that line the spark that it needs right now.

As for the third line, Riley Nash just simply hasn’t been cutting it for the majority of the playoffs. Although I do have my doubts that Bruce Cassidy will actually sub him out, I still think he should. Moving David Backes to the center position, sitting Riley Nash, and putting Rick Nash in Backes’ spot would give the line a nice change of pace and give Tampa Bay Lightning head coach Jon Cooper something new to gameplan for.

The final change in the forward core would just be to swap Tim Schaller back in for Tommy Wingels. Schaller has been a solid fourth-line fix and penalty killer all year and has just been more effective all around than Tommy Wingels. Both are similar players and play similar roles, I just think Tim Schaller does things a little better is all.

With the defensive core comes reuniting Torey Krug and Adam McQuaid. The pairing has had its ups and downs in the past, but they are experienced with one another and compliment each other well. The differing skill sets that they possess that allow them to take care of all three zones.

The odds of this lineup being rolled out verbatim are unlikely, but changes are needed regardless. With the most important change in my mind being to give Ryan Donato another chance. Game four will turn the tide of the series regardless of the result and changes may be needed to turn the tides in the Bruins’ favor.