Jake DeBrusk Embodies What It Means To Be A Boston Bruin 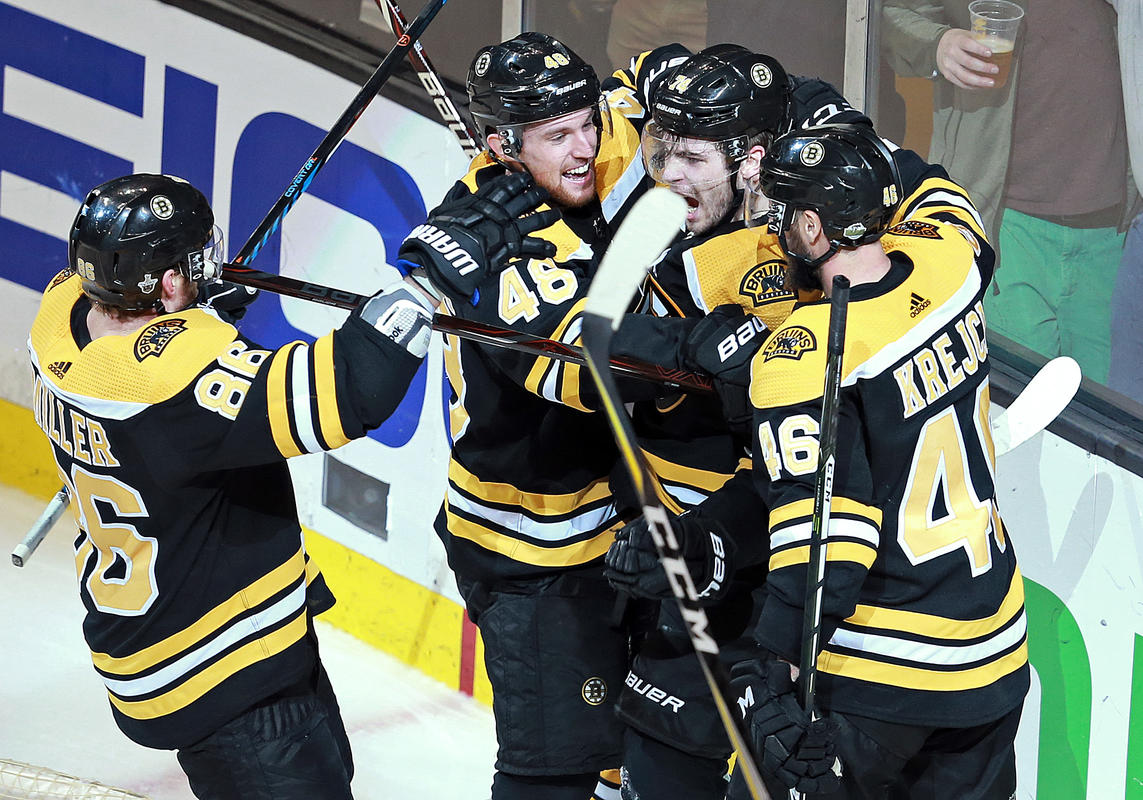 Every postseason has its heroes. Some of them are unexpected heroes that come up with a big hit, an important shot block or a huge goal when it is needed most. The Bruins are no stranger to this fact and over the years have had numerous guys show up in the most critical moments in the most critical games. Nathan Horton, Gregory Campbell, Patrice Bergeron, and Torey Krug are a few that come to mind.

This spring, there’s a new hero rising the ranks and making history while wearing the Spoked B.

As a  first-round draft pick in 2015, DeBrusk finally broke the Bruins roster this season, and impressively scored his 1st NHL goal in his NHL debut against the Nashville Predators. His strong rookie season helped propel the youthful Bruins into the playoffs as the number 2 seed in the Atlantic Division and Eastern Conference.

Playing alongside David Krejci and Rick Nash on the 2nd line throughout the playoff run, DeBrusk has impressed in a multitude of ways, not only scoring 6 goals and adding 2 assists for a total of 8 points through 10 playoff games so far. Strong numbers for a 21-year-old rookie, but what’s more impressive is when those goals have been scored.

Easily his most important goal of the playoffs so far was the game-winning goal in game 7 against the Toronto Maple Leafs on April 25th, 2018.

Jake Debrusk with a great effort (and a little help from Andersen) to give the Bruins a lead pic.twitter.com/9ZCvLvJXfm

His 2nd goal of the game, it ended up clinching the series for the Bruins and without his intensity and drive the final 20 minutes of game 7 could have looked very different (and much more low-scoring).

DeBrusk has been one of the Bruins’ best and most consistent players in the playoffs, bringing the same effort and intensity on every shift in every game. That has shown throughout his play, especially on the goals he’s scored, but it also shines through in his celebrations.

Grabbing the Spoked B on his chest proves beyond the shadow of a doubt that this kid loves playing for this team, his teammates, his coaches, and of course the city of Boston. His passion and intensity has impressed the most. His compete level never dips, and it’s clear that throughout the regular season and playoffs that he’s earned the trust and faith of his teammates and coaches.

Maybe DeBrusk’s strongest shift of the playoffs so far came in game one against the Tampa Bay Lightning on April 28th, 2018. Here’s his mammoth of a change in the defensive zone.

Jake DeBrusk is a warrior pic.twitter.com/0gwdJMx8Yy

This sequence of taking a hard hit, blocking a shot and diving desperately to get the puck out of his own zone can only be described as all heart. A shift like that doesn’t show up on the scoresheet at the end of the game, but fans, teammates and coaches alike notice plays like these. Not once did Jake DeBrusk give up on this shift, it’s clear he wasn’t even thinking about the bench until he cleared the puck.

That is what it means to be a Boston Bruin. Fighting for every inch, never giving up on a play, coming in clutch when it matters most, playing with unmatched heart and the will to win no matter what.

Jake DeBrusk has the heart of a lion, plays the game like a Bruin should, and he likely will have an extra letter on his sweater in short order.