Should The Bruins Play Krejci & Pastrnak Together? 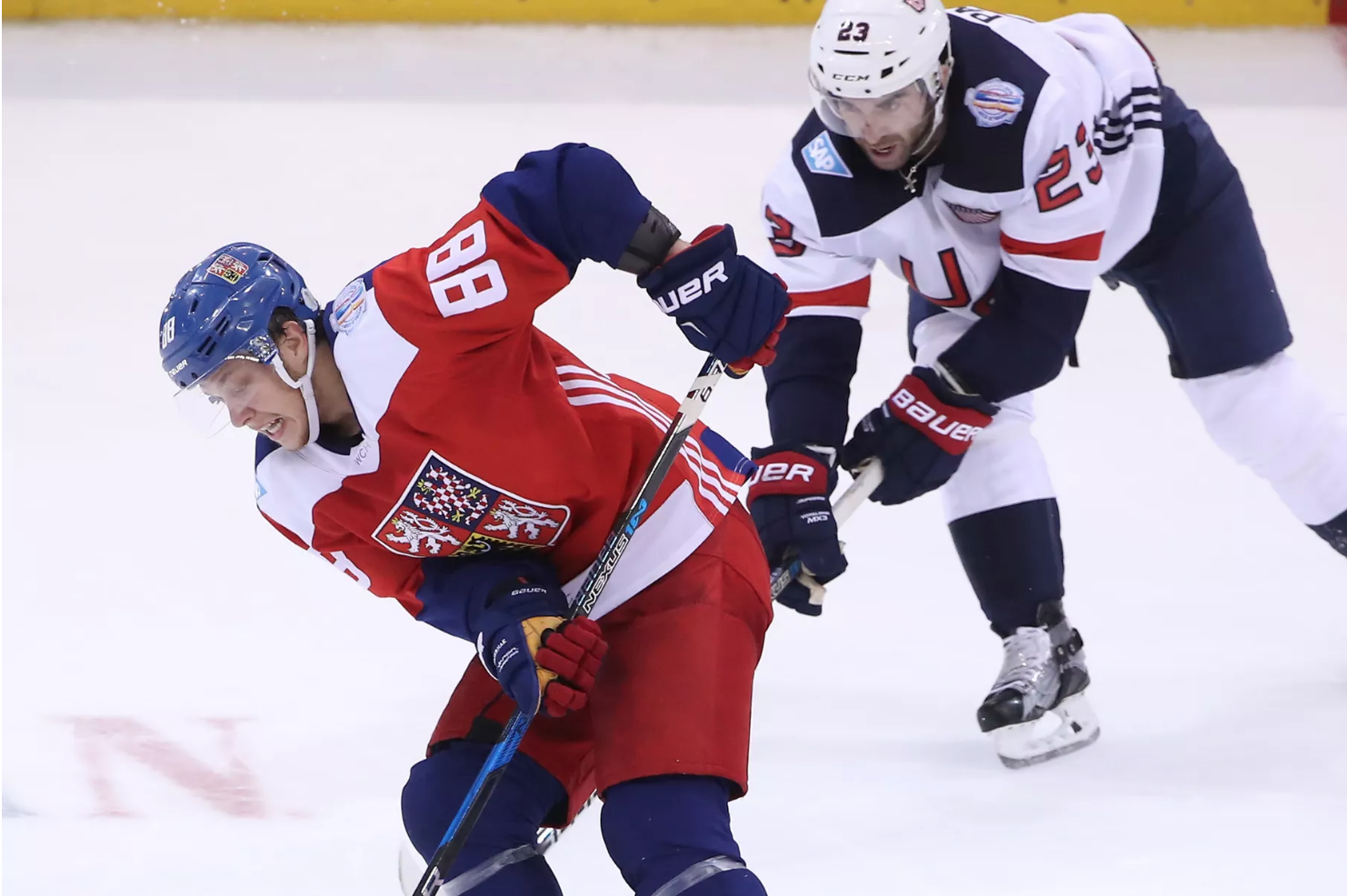 With their Bruins seasons over, David Pastrnak and David Krejci have joined the Czech Republic at the IIHF Men’s World Championships this week in Denmark. Due to their connection as being teammates, they have been playing on the same line. To say they’ve been prolific would be an understatement.

In a 4-3 overtime win over Russia on May 10th, 2018 the pair combined for a total of 7 points, Pastrnak scoring 2 goals, including the game-winning goal and adding an assist, while Krejci scored a goal of his own and assisted on 3 others.

Here’s Krejci’s goal which was an absolute snipe to tie it at 1:

It’s no secret that both Krejci and Pastrnak are highly skilled and are among the most talented players in the NHL, evidenced by Krejci leading the league in points in both the 2011 and 2013 Stanley Cup Playoffs, as well as Pastrnak’s incredible season this year (totals of 35-45-80) and explosion of a hat trick and 6 points in game 2 against the Toronto Maple Leafs.

Another example of Pastrnak’s unreal skill level on his OT winner against Russia:

Pastrnak ends Russia to win it 4:3 in OT for the Brui… Czech Republic. Such a clever goal.
Summary: Pastrnak 3pts in first game
Krejci: 4 pts in first game. pic.twitter.com/GXbawCSQpw

After seeing such incredible play from these 2 Bruin forwards, Bruins fans, and more importantly Bruins management should give the idea of playing Pastrnak and Krejci on the same line a lot more thought. It’s impossible to ignore the numbers they can put up and the chemistry they have together both from being teammates on multiple stages and from both being Czech.

While it would be difficult to go wrong by pairing these 2 up as linemates, it would require splitting up the Bruins most effective line from this past season of Brad Marchand, Patrice Bergeron, and David Pastrnak. Each player on that line scored at least 30 goals, a rare feat in today’s NHL.

Would the Bruins be willing to split up what was widely considered the best line in hockey this season in order to spread out the talent among the top 6 and give David Krejci more consistency on his wings?

It’s likely that Bruce Cassidy will give it a shot in preseason and maybe even on opening night. However, that all depends on the development and growth of the other young guys vying to crack the Bruins top 6. Someone needs to replace Pastrnak on Bergeron’s right side, and there are plenty of candidates. The obvious and most likely is Ryan Donato, but his experience at the NHL level is limited. Danton Heinen could move up from the 3rd line, or a healthy Anders Bjork could slide in on that open wing. No line combination is ever truly set in stone, which allows Bruce Cassidy to try out any of these possibilities and see if they come to fruition at any point in the 2018-2019 NHL season.

How the Bruins coaching staff reacts to Pastrnak and Krejci’s success overseas is yet to be seen, but it without a doubt gives them a plethora of options when it comes to who lines up with who on opening night in October.

Will Bruce Cassidy switch things up in the fall, or will we see a familiar trio of numbers vaulting over the boards for their first shift of a new season?