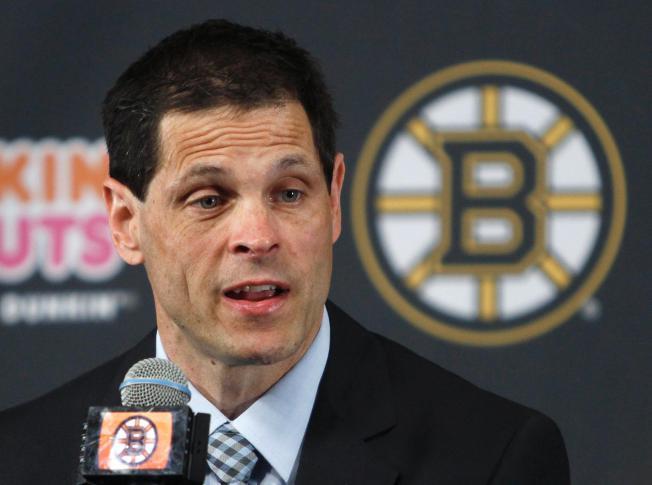 When the final buzzer went on the Boston Bruins season, I had a mixed bag of emotions that had me feeling disappointed and proud at the same time.  At the start of the season, many people in the hockey world either had the Bruins as a fringe playoff team or not making it at all.  Instead, we got a team that had a slow start but became a cup contender in December and never looked back.  That’s where the disappointment sets in because you started to believe that this team could win it all and you start drawing comparisons to the 2011 team in your head that won the cup before the playoffs had begun.  I got caught up in the hype, and when they blew out the doors of the Toronto Maple Leafs in the first two games of the playoffs, the hype train had left the station.  The team came back down to earth but did eventually win the series in a game seven for the ages and advanced to the second round.

Jake DeBrusk goes end to end to give the #NHLBruins the lead pic.twitter.com/S3aGIEbo7l

That’s when they ran into a team that most thoughts were the better matchup for the Bruins and that some people including myself thought they would beat.  The reality of this is that the Tampa Bay Lightning where the better team and the Bruins failed to compete with the Lightning 5 on 5 and lost the series.  People will give excuses that the refs missed calls, which they did, or that Tuukka didn’t play well, which he did.  Now that the playoffs are over for the Bruins they get to move on to the offseason, where the speculation begins with fans and when Don Sweeney works as the boys prepare for next season.

What To Do With Rick And Riley

Rick Nash came over to the Bruins just before the deadline and made an immediate impact and warmed the hearts of Bruins fans across the country.  His tenure as a Bruin seemed to have derailed when he suffered his concussion near the end of the season and lost all momentum and energy he brought to the team after the trade.  When he came back from injury, he didn’t look like the same player the Bruins acquired and struggled on the ice even to win puck battles.  I think he came back too soon from his injury and wasn’t fully healed and was having more bad days than good but is me speculating.  Only he can let us know if that was true and I doubt he would give us an honest answer or even use that as an excuse.  He said all the right things on Breakup Day “The organization was great, the guys were awesome, so it was a great chapter here, and hopefully it can continue” Nash said.  I know it’s not the popular opinion, but I would have him back, but it would have to be on a team friendly deal that was no longer than two years, so the odds aren’t in my favor and more than likely he won’t be returning.  If he doesn’t return I don’t see it as a cause for concern because of the youth that seems poised to step into that second line role.  Both Ryan Donato and Anders Bjork shoot left, but that doesn’t mean they can’t slot into the right side and learn that role for the intern.  With the play of Jake Debrusk during the regular season and the playoffs, it doesn’t look like he will be moving off the second line left wing spot anytime soon.

🎥 Rick Nash goes 1-on-1 to recap his first few days as a Boston Bruin: pic.twitter.com/KmhESAg5xj

That brings us to Riley Nash who for a guy making $900,000 a year was lights out for this franchise and did everything that was asked of him and then some.  The 29-year-old finished the regular season with 41 points ( 15 Goals, 26 assists) as the Bruins third line center and filled in for Bergeron on the top line when he went down with an injury near the end of the season.  My thought on Riley is he played himself out of a contract in Boston because he deserves a raise and will get a raise on the open market.  The Bruins in the past have rewarded third line players with extensions that have come back to bite them like Chris Kelley, and I don’t see them repeating this.  I have no doubt they will offer an extension to Riley but doubt it will be in the 3.5-4 million dollar range that he could get on the open market.  The Bruins have the likes of Jakob Forsbacka Karlsson, Austin Czarnik, and Ryan Fitzgerald that could impress and take that spot on the third line next season at a considerably less cap hit.  I don’t see Riley coming back because I’m sure he isn’t interested in signing a short-term deal and is looking for a long-term contract in the 3.5 to 4 million dollar range.

Does Dobby Come Back? 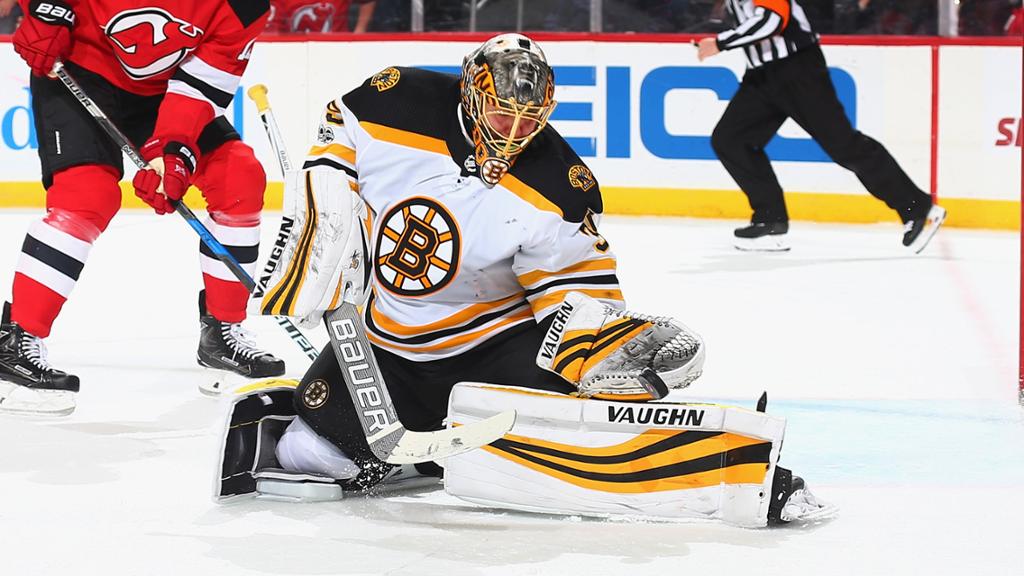 Anton Khudobin will become an unrestricted free-agent on July 1 and will have many suitors for his services because he showed the league that he is one of the top backup goaltenders in the National Hockey League.  The backup position has been a challenge over the years for the Boston Bruins, and some might think it has been an afterthought for upper management since they have had so many different ones since Tuukka Rask became the starter. Khudobin solidified his role as a top backup last year when at the beginning of the season Tuukka hit a rough patch, and he stepped in and helped win some games for the Bruins.  He started out this season a lot better than the previous year which saw him struggle at the start of the season and even got him sent down to the minors at one point because he couldn’t win a game.  He came back at the end of the season to help the Bruins make the playoffs.  This season he was less than stellar at the end of the season and only registered one win in his last six games.  I hope that he does return because he has played exceptionally well in the backup role and has provided Tuukka with the much-needed rest during the regular season and has given his team a chance to win on most nights.  Currently, his salary is $1.2 million a season, and you would think based on his play he would be asking for raise.  The current projected cap space is $9.6 million for next year but still have to make some decision on the restricted free agents and the unrestricted free agents.  I just spoke about two unrestricted free agents that I don’t think will be returning so that does possibly open up some room for Khudobin to get a raise which I’m hoping would be in the 1.5 million dollar range on a two-year deal.  With the fact that both Dan Vladar and Zane McIntyre haven’t shown any signs that they’re ready to make the jump to the big club I think the obvious decision is to bring back Dobby.  I think Khudobin would take a team friendly deal to stay with Boston and have some stability in his life plus stay in a city he enjoys.

Moving onto the remaining free agents on the Bruins roster who are restricted or unrestricted.  I think it would be safe to say that Brian Gionta, Nick Holden, and Tommy Wingels will not be returning next year.  If anything maybe Wingels might return because it seemed as Bruce Cassidy had some confidence in him during the playoffs.  Wingels isn’t a bad option to have as your energy guy that can come into your bottom two lines throughout the season when needed.  Sean Kuraly I can see getting a slight raise from his $808,750 he made last year but nothing that will break the bank.  My guess is he will get a deal in the 1.5-2 million dollar range something like a Jay Beagle in Washington who is making $1.75 million a season with similar stats and role.  Tim Schaller is an interesting one because he is an unrestricted free agent and the Bruins have so much youth down in Providence waiting to get a chance to make this lineup.  I see things in his game that I like and I see flashes on offensive output sometimes and gave him the nickname “silky mitts” this year with some of his goals.  He has played well enough to earn another contract and has chemistry on that fourth line with Noel Acciari, and Sean Kuraly.  He made $775,000 last year, and I don’t see a big raise in his future.  He is a local boy that added energy to his line but does have some defensive issues in his zone from time to time, but you could almost say that about a lot of players.  Could Peter Cehlarik, Anton Blidh, or Jesse Gabrielle fill his role next year or do the Bruins look to free agency?  My guess is if he is willing to be paid close to the same cap hit he could be back on a one-year deal.  Last but certainly not least we have Matt Grzelcyk who I had my doubts about and couldn’t see what everyone else saw in him all year.  People were calling to trade Krug and slot him in that spot near the end of the season.  I didn’t agree then and still don’t agree now but did think he played well in the playoffs and proved me wrong.

His defensive game is better than I originally thought but still tends to make the mistakes that most kids his age make with regards to forcing passes in his zone sometimes when he should be holding onto the puck.  I do think he will get a three-year deal in and around 1.5 to 2.5 million dollar range a year.  I don’t see him taking the torch from Krug just yet but do see the potential the kid has and hope he improves next season.

This offseason is going to be a difficult one for Don Sweeney and his team because moves he makes this offseason can have an impact on the next offseason when he has some big names to resign and decisions to make if there is another expansion draft.  The big names I speak of are Charlie McAvoy, Brandon Carlo, Ryan Donato, and Danton Heinen.  McAvoy is going to cost the most with regards to the cap, and I’m sure Sweeney will be thinking about future cap when he is making some of his decision this summer.  I’ve put my faith in Sweeney when becoming the GM, and he has made some questionable trades and signings, but I also feel he has done some great moves and signings and has been thinking about the future of this franchise just as much as the present.  So yes I’m disappointed in the second round exit but I’m still excited to see what the future of this franchise will look like and I’m already counting down the days to training camp.