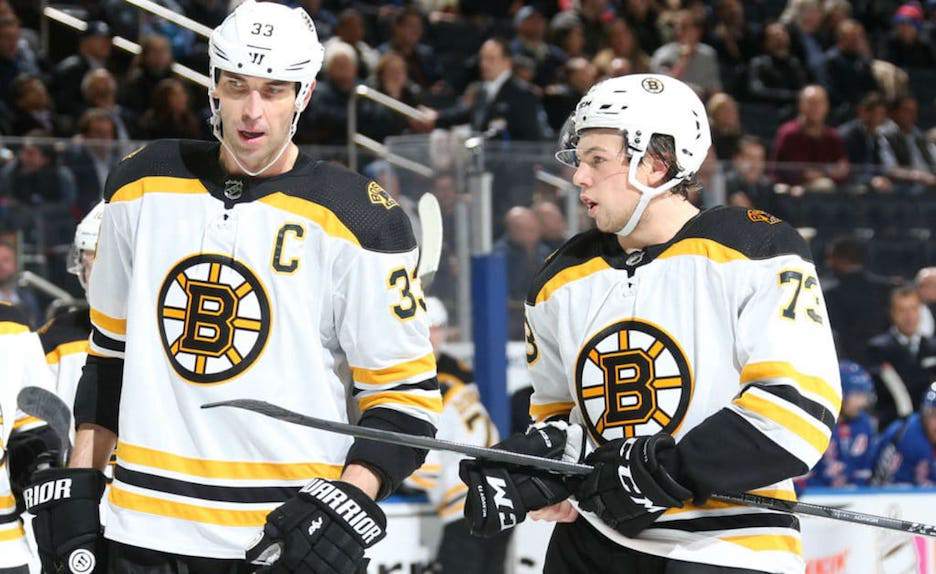 Now that we have reviewed the situation for each of the starting forwards let’s make our way over to the blueliners. We all know last season they lost Colin Miller in the expansion draft and although he played very well in Vegas, for the Golden Knights, there is no guarantee that he would have played to the same level while fighting for a spot on the third pairing. Rather than focus on him, let’s look who actually played for Bruce Cassidy and the Bruins this season.

Clearly the top defensive pairing on this team, both are already coming back for next season. McAvoy will be due for a massive pay raise at the end of this coming season, and lucky for Sweeney, a large amount of cap space will be freed up when Zdeno Chara comes off the books of the end of the season as well. I feel that $5 million for the 41-year-old defenseman is a bit much, but I think they will get their money’s worth – IF they are able to keep his minutes down like we have been talking about for the past 3 seasons. McAvoy has proven that he will be able to take over the leading defender role on this team after the upcoming departure of Big Z. 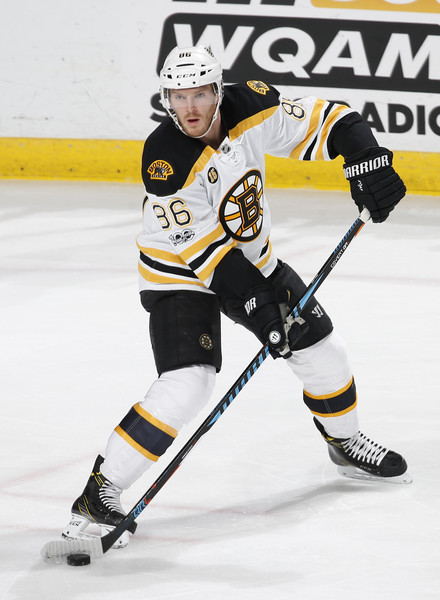 One year ago the debate began; Colin Miller or Kevan Miller – who should get protected from selection by the Vegas Golden Knights. Opting for experience and contract term, Kevan Miller was selected to stay in Boston after showing significant improvement to his game after Bruce Cassidy took over behind the bench. Demonstrating an ability to play both defensive sides, Kevan Miller has proved to be very valuable on the blue line. He is not a full-time second pairing defenseman, but should an injury occur he can be bumped from the 3rd pairing to help fill the empty spot. Miller has some trade value, and I would explore the option, but I would wait until the trade deadline starts to approach next season before pulling the trigger on a deal to dump his $2.5 million hit to the salary cap. His value should increase, and waiting will also give you the time to see what other youngsters like Zboril, Lauzon, and Vaakanainen are able to bring to the table.

One of the younger defensemen who stepped up this past season and certainly earned another shot to see what he can do was Matt Grzelcyk. Having just received a contract with a very reasonable cap hit of only $1.4 million, Grzelcyk will now have two more seasons to show if he can develop into a top 4 defenseman with an ability to move the puck. (Read more about Matt Grzelcyk’s new contract in Max Mainville’s article HERE and follow him on Twitter @tkdmaxbjj).

During the 2016-2017 playoffs, the newly appointed Cassidy had to work with Sweeney to dig deep into the organization and burn the first contracted seasons for both Jakob Forsbacka Karlsson and Charlie McAvoy. More injuries put them in a position calling up Rob O’Gara and to rely on Joe Marrow to play minutes in the playoffs. Surprisingly enough, this season it was Adam McQuaid who was relied upon to take those 3rd pairing minutes, and Nick Holden was brought in at the trade deadline to build the veteran depth on the blue line to keep from burning more seasons on young players’ contracts.

Holden only cost Sweeney a 3rd-round draft pick, and that isn’t a terrible price for a half season depth piece rental player. Although Holden gave it his best efforts, he is not going to fit in long-term on this team and will be finding another new home during the offseason. Adam McQuaid is a little bit different of a story because he still has another season on his contract. I wouldn’t be too upset if they were able to boost a return package by including Quaidder in a deal, and I would even go as far as shopping him with some retained salary. As helpful as having his money off the books would be, it is not worth giving away the 31-year old veteran. He does provide value as a 7th or even 8th defender and has a veteran, hard-hitting presence that the other defenders can feed off of when he is healthy enough to be on the ice.

McAvoy will have one more season to grow and develop as Chara’s partner, after which Chara will either be retiring or taking a severe pay cut to stick around on a second pairing. Grzelcyk has a chance to show if he has the potential to step up and be a top-four defenseman, possibly getting paired with McAvoy in a few years. Holden will not be returning as he was only ever intended to be a rental while Miller and McQuaid are pieces that should be shopped around and are 7th defenders who should be competing for a bottom pairing spot.