Re-Signing Khudobin Should Be Top Priority For Boston 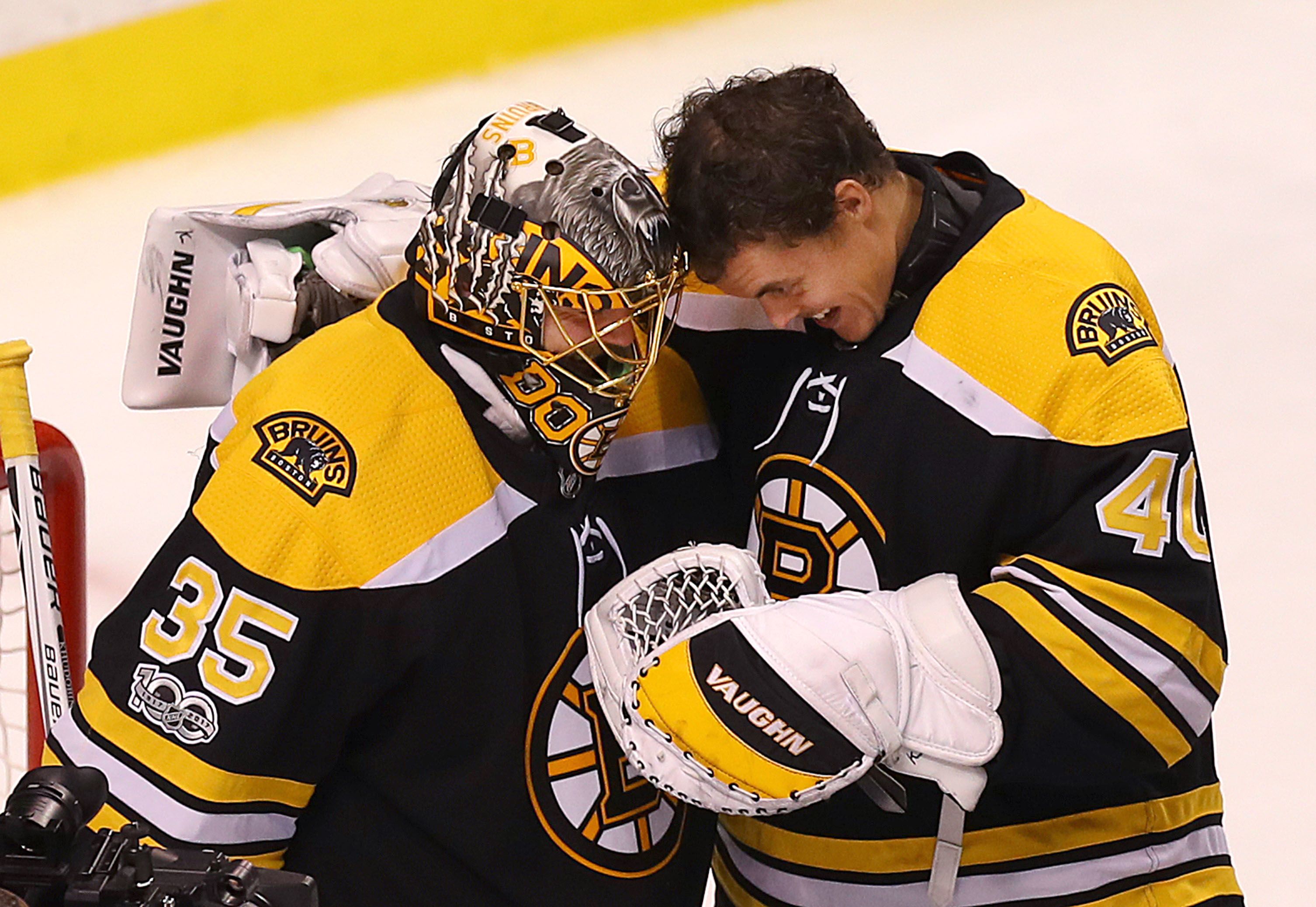 In today’s NHL its been proven countless times how important it is to have a reliable number two option in goal. Looking at some of the recent Stanley Cup champions the trend is evident.

The Blackhawks in 2015 relied on Scott Darling to push them past Nashville in the first round en route to their third title in five years, the Penguins in 2017 needed veteran Marc Andre Fleury who led them back to the conference finals while Matt Murray was injured. Most recently the Capitals needed youngster Philip Grubauer who played admirably during the regular season while Braden Holtby struggled.

Check out this @SASSoftware Stat of the Week: Tuukka Rask and Anton Khudobin have combined for a team goals against average of 2.37 this season, which tops the NHL. pic.twitter.com/zLPGquuf7K

The Bruins haven’t had much success in the number two spot since Chad Johnson departed the team in 2014. The Bruins have used Niklas Svedberg, Jonas Gustavsson, and have sprinkled in youngsters like Zane McIntyre and Malcolm Subban along the way. With neither bringing consistency the Bruins sought an old friend and brought back Anton Khudobin for a two-year stint.

Year one was disastrous, to say the least. Khudobin didn’t pick up his first win until December and then wouldn’t win again until February. Though he finished the season, strong Khudobin played in just 16 games, starting 14.

Year two yielded much better results with Khudobin appearing in 31 games, 29 of them starts. His 2.56 GAA and .913 save percentage were far better than his 2.64 GAA, and .904 save percentage of last season. His play also impacted Tuukka Rask in a positive way. The Bruins number one played in 54 games, 53 of them starts. Rask won 34 games, posting a .924 even strength save percentage for the season. It was the first time since 2014 in which Rask played less than 60 or more games.

Khudobin’s sparkling play in the early portions of the season was crucial with Rask’s struggles, and one might imagine without a competent backup if the Bruins even make it into the playoffs let alone advance to the second round. Khudobin’s play allowed the Bruins to rest Rask more and gave the all-star goalie time to work out of slumps and keep himself sharp.

The goalie market this year is chalk full of experienced goalies. Kari Lehtonen, Cam Ward, and Jonathan Bernier have spent numerous years in the league as starters and backups. So while there are options via free agency, the Bruins might already have their preferred choice. Khudobin himself has expressed his desire to continue his career in Boston and why not. In four career seasons with the Bruins, he’s 33-16-9, with a 2.50 GAA, and a .914 save percentage.

Anton Khudobin’s sprawling blocker stop earned us a point and a spot in the postseason.

RT if Doby’s last-second denial in St. Louis was your favorite #NHLBruins save of the year. pic.twitter.com/2HOn1mTke4

The modern-day recipe for success in the NHL requires two capable goalies. The Bruins have learned the hard way on how failing to shore up in goal can impact a team’s playoff hopes. In 2015 and 2016 the Bruins sputtered out of the playoffs in the final weeks and even the final game of the regular season with a burnt out Rask and no one to step up behind him.  While the backup goalie might be overlooked by most fans to all 31 teams competing for the Stanley Cup is an essential component, and the Bruins should be no different.