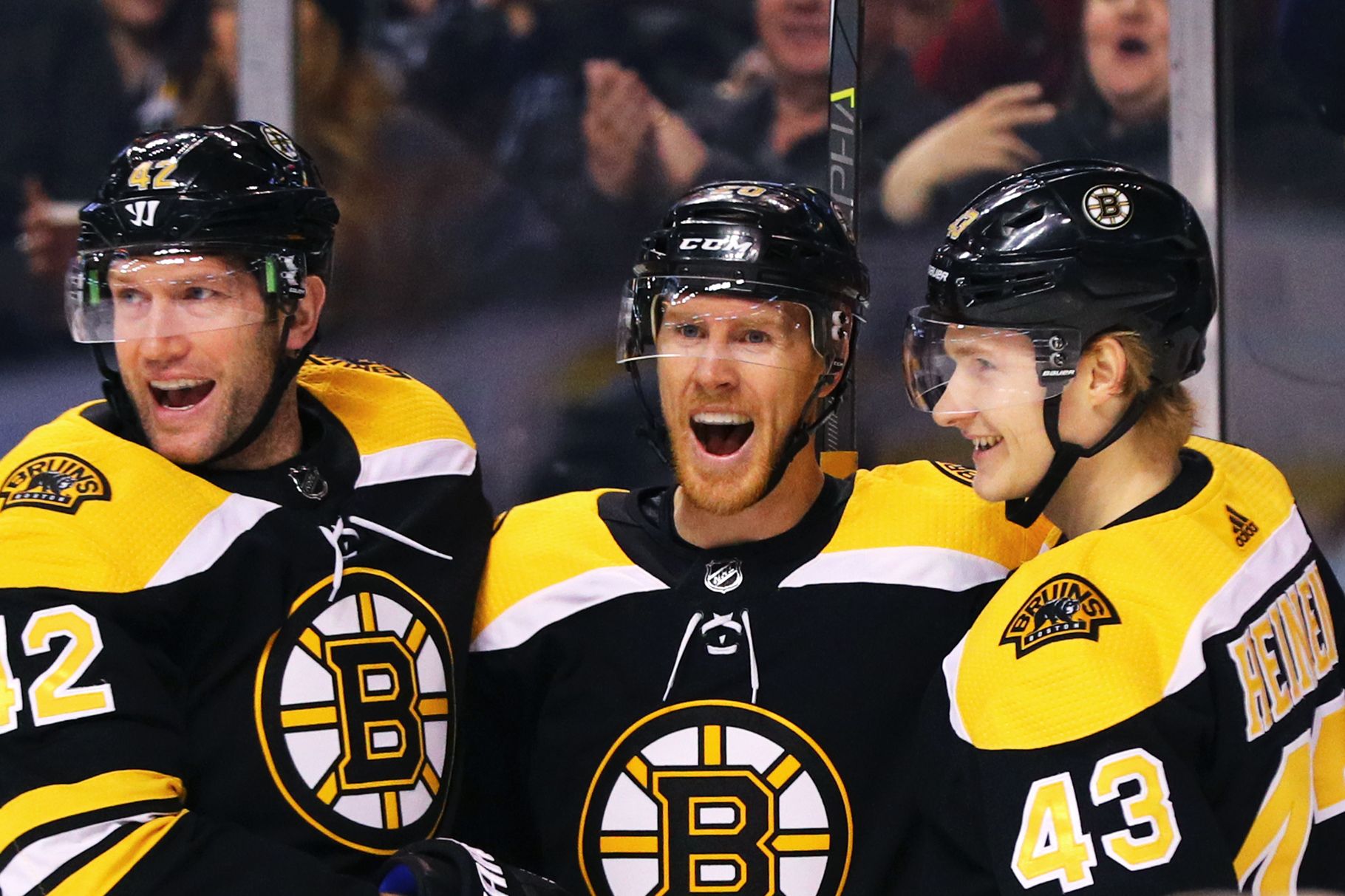 Now that we have examined nine of the Bruins starting twelve forwards, it’s time to examine the line that experienced the most changes during this past season. Before we get into how the line was set up at the end of the season, we first need to look at the piece it lost during the season.

Ryan Spooner fell victim to the same circumstances that plagued both Alexander Khokhlachev and Tyler Seguin – too many centers. Now, I’m not going to rehash who won or lost the trade of sending Tyler Seguin to Dallas (if that’s what you want to read about then click HERE). The only reason I mention this trade is that it highlights what you can be forced into when you invest too much money in the wrong players to emphasize how important it is they don’t do it again this offseason.

The reason the Bruins had to even think about making the Seguin deal was that they had a top line centerman, who was about to start making over $6 million, and was playing out of position and not to his strengths. With two “elite” centermen already in the lineup, and Seguin’s abilities not aligning with that of the third or fourth line, it was better to deal away the money and player to see if they could recoup a more useful piece that would fit in better with the rest of the roster. They ended up losing Alexander Khokhlachev, who went to play in Russia, for nothing because he saw the logjam at the center position and didn’t want to fall a victim of a trade himself.

The Spooner/Nash deal made a lot of sense for both teams and the players involved, and overall I really like the deal. I do wish that Sweeney had kept the 2018 1st round draft pick, but I have a feeling that pick was why the Rangers were willing to take on Matt Beleskey and half of his ridiculous contract. Ultimately, I think getting rid of that contract helps them moving forward, and it could have cost them more to deal with later. I don’t think it will come back to haunt him too much since they have other players within the organization they can move and can afford to lose, for more draft picks.

David Backes is the most significant piece on this roster they could stand to lose and yet the most difficult one for them to get rid of. Even though his salary is only $3 million for next season, his cap hit of $6 million is detrimental. It also will last for the next 3 seasons! With a no-movement clause going into next season and the last two years of the contract having modified no-movement clauses, the Bruins are going to be stuck with Backes for the next three years, and now they have an additional concern about his latest concussion. There is no way that any other team will even consider dealing for him unless they are getting a blue-chip prospect with years remaining on their ELC along with him. For now, the Bruins need to focus on getting Backes healthy for next season and getting him to a point where he can battle with some of the young guys for a spot in the starting lineup.

Buying out Backes’ contract sounds like a viable option, but the thought of it is much more glamorous than the reality and the result of actually doing it. If bought out, Backes would remain on the Bruins books for six more seasons (instead of three) and for the first three of those he would be on the books for $3.77 million, $5.77 million, and $3.77 million. The last three would only be $777,778 which doesn’t sound too bad. By itself it wouldn’ be the end of the day – HOWEVER when you add to one more season of Jimmy Hayes at $866,667 and two more seasons of Dennis Seidenberg at $1.167 million that’s a total of almost $4 million in money being thrown away. Having dead money against your cap is never a good thing. As long as Backes is healthy enough to compete for a starting spot and has the right attitude, then it is more valuable to have him on the roster than his dead money hurting the roster. As long as he keeps a positive attitude, even if he sees the 9th floor at times, then he still has value – even Matt Beleskey took a designation to Providence with the utmost class.

Knowing that Backes is still going to be around, you need to keep inexpensive players who are hungry for a starting spot and will fight for every minute of playing time they can get. Danton Heinen has earned the right to stay in this LW role at least through the last season of his ELC. I would not be upset if they hung onto the 22-year-old forward, but I would certainly be looking to see what he can bring you on the trade market. Rumor has it that Sweeney could be looking to get back up into the 1st round of the draft after he sent what turned out to be the 26th overall pick to the Rangers in the deal acquiring Rick Nash. Adding a player like Heinen to a 2nd round pick Sweeney might just have enough to entice a team with multiple 1st-round picks to be open to dealing one them. Some teams may require an additional piece, but at least you’ll get them to the table starting with a young prospect who has one more year before qualifying for restricted free agency AND has shown that he can play a role in scoring goals.

Lastly, we come to “the other Nash.” Riley Nash saw the best statistical year of his career and did nothing but help himself earn a pretty significant pay bump. Nash isn’t a top line center, but he proved his versatility this season by taking over for Bergeron on multiple occasions. In total the team won 13 of the 20 games with Nash between Marchand and Pastrnak – a decent 65% of their games. This versatility will certainly result in him seeing a pay raise from the $900,000 he has been receiving from the Bruins for the past two seasons.

In summary: David Backes is their worst contract right now, and yet they need to find enough young guys who can fight their way into the starting lineup that Backes finds himself watching for the 8th floor. Dealing him away isn’t much of an option, so they have to find a way to manage the situation until his contract runs out. Sweeney should be looking to see what the trade value of Heinen is, but shouldn’t pull the trigger on moving him until next seasons deadline, unless he can help them get back into the first round of this seasons draft. Riley Nash will ultimately need to be replaced because the money another team will offer him is going to be more than Sweeney should commit because of other prospects in the organization.