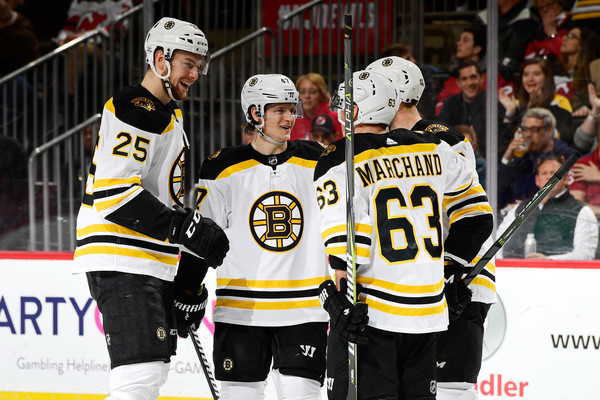 Now that we have examined the players who were on the ice to finish the season let’s take a few minutes to review the other defenders who contributed during the season and a couple who are poised for significant contributions next season. 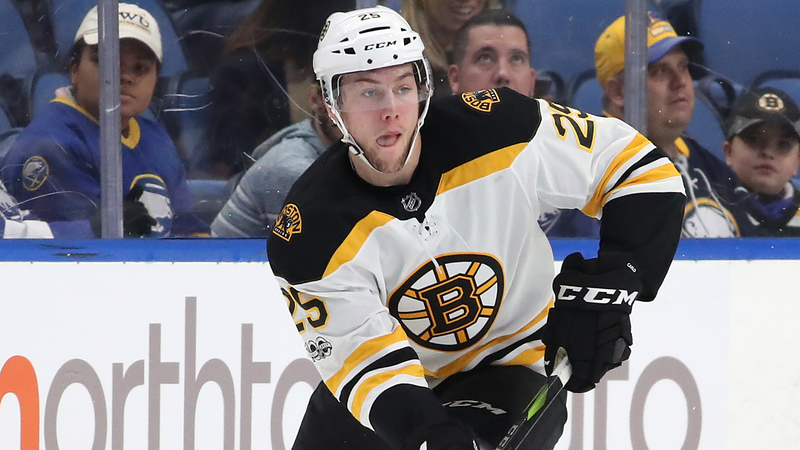 Over the past two seasons, Brandon Carlo has been one of the best defenders on this team. First, he was paired with Chara as a rookie and showed an ability to stabilize the blue line and shut down top lines. After ending the season as a plus player, he was next paired with the more offensive-minded Torey Krug. In the 76 games played in his sophomore season, Carlo still managed to be a plus player while continuing to shut down the opposition. With only 16 careers points, Carlo is clearly not an offensive powerhouse. He has, however, proven that he is capable of shutting down some of the leagues best players. At only 21-years-old, Carlo can still grow into an even better defender, and no I’m not worried about the fact that he has missed the playoffs for two seasons because of injuries. This team is going to need an elite shutdown defender who can log 20+ minutes on a nightly basis to take over when Chara retires any year now. Carlo has earned himself at least one more year to prove that he is that defender of the future and shouldn’t go ANYWHERE.

Back in 2011, the one thing on most people’s trade deadline wish list was a “puck-moving defenseman.” This team has one now. Not only do they have a puck-moving defenseman, but he fits the team’s personality and came up through the system. Now at only 27-years-old Torey Krug has been thrown in more trade rumors and speculation than ever before. I get it; he’s one of the best pieces on this team to move because he has two years left on his contract, a cap hit of only $5.25 million, and is one of the few players on this team without a movement restriction in his contract.

Yes, dealing Krug would net you a very high return and would certainly bring in more than the two draft picks and Joe Colborne you gave up for Tomas Kaberle back in 2011. However, now isn’t the time to deal him off. Whether you believe McAvoy or Grzelcyk is good enough to replace Krug as your main puck mover on the back end, moving on from Krug right now is a mistake. If Krug stays healthy AND another defenseman makes him expendable, he would be one of the most coveted targets for other teams at the trade deadline. If Sweeney is looking to move him, the haul he would get at the trade deadline will be much higher than what he will get now. Continuing to wait on any deal involving Krug is clearly the right move. 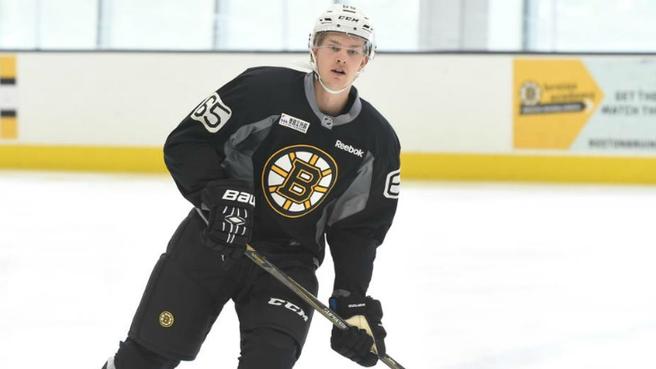 Urho Vaakanainen is certainly a player who you must pause before just throwing his name out there in a trade conversation. Just one season removed from being drafted 18th overall, the 19-year-old may not have tallied much on the score sheet, but as a defender, he was impressive in his abilities to move the puck. Sweeney just inked him to his three-year Entry Level Contract, which leads me to believe that not only will they have a close eye on him during the upcoming development camps, but he will probably make his jump into Providence this season. As with almost all prospects, I don’t think he will be “NHL ready” without spending some time of his ELC in Providence.

In a “win now” world, many might be quick to throw him in a deal if it means dishing off a larger, less appealing contract to another team (ie; including him to seal a deal to move Krejci or Backes’ much larger contracts). This would be a mistake. Right now, he could be looking at taking over an NHL defensive spot in the next two to three seasons which would be perfect for this organization given when other defenders have their contracts running out. If you move on from him now, and some of the other young players in front of him now don’t pan out then you’ll be scrambling for a defenseman when you didn’t have to be. If he proves to be “NHL ready” now, then he makes older, veteran defenders move expendable…dare I say – Torey Krug. For now, sitting pat on Vaakanainen is the right move.

Some people are starting to want to write Zboril off as a draft bust because he spent last season in Providence while others from the 2015 draft were thriving in the NHL. Having not moved him in a deal to jump back into the first round of the draft this past weekend, Sweeney showed that he hasn’t given up on the 21-year-old blueliner. My guess is that going into the 2018-2019 season, Zboril will be given every opportunity to take a roster spot from Kevan Miller or Adam McQuaid. Although it would seem like they have an abundance of left-handed defensemen, I would still wait before deciding which one(s) to move. You’ve already been set back on your defense enough by the loss of Colin Miller in the expansion draft last season. Moving another potential big future piece too soon could come back to really haunt Sweeney during this rebuild cycle. I can understand how he didn’t pull the trigger on a deal that involved Zboril before or during the draft. 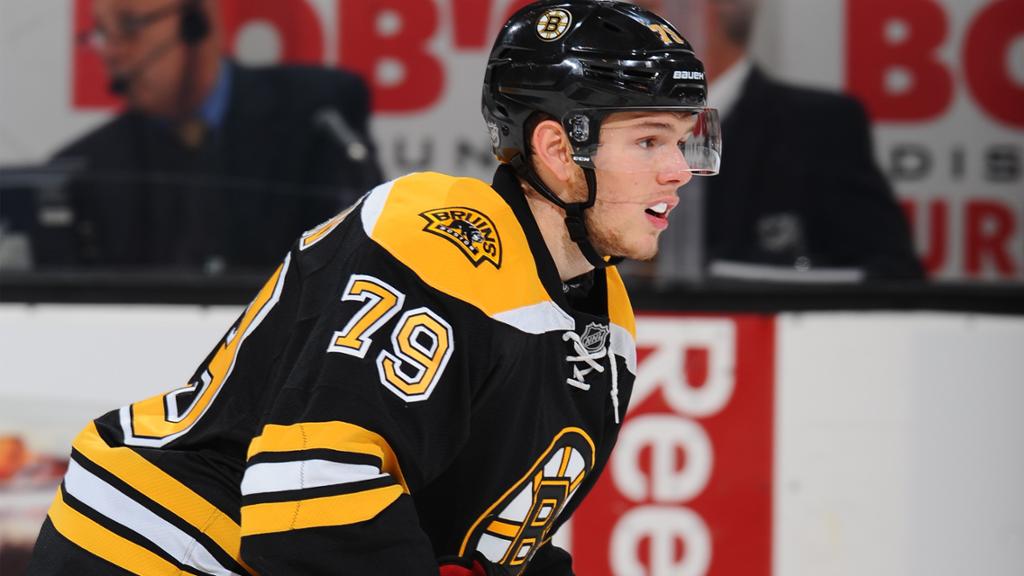 Drafted back in 2015, in part of Boston’s three consecutive first-round picks, Lauzon is another 21-year-old defenseman with a left-handed shot and still a lot to prove. Unlike Vaakanainen and Zboril, he was unable to partake in development camp last season because of an injury. After putting up only 7 points while playing in 52 games last season for Providence, I am intrigued to see what he has to offer during the upcoming development camp. This camp could be the showing Sweeney needs to find out if Lauzon is worth moving on from with a long list of other left-shot defensemen on the roster.

Brought in during the offseason last year, it was thought the 29-year old would be able to add some veteran depth to a blue line that had been decimated by injuries the previous season during the playoffs. After showing that moving Kevan Miller to his offside was a better move than having Postma in the lineup, he was sent to Providence after playing in only 14 games and registering 1 point. In the AHL, Postma was able to post 8 points in only 13 games. With his contract ending after this past season, I would not look for Postma to have a Black and Gold jersey again next season. There are too many other younger defenders who should be hungry for NHL playing time to consider giving Postma another shot next season.

As this roster is currently constituted, Carlo and Krug are the clear second defensive pairing for this team, and its unfortunate they both had injuries for the series against Tampa Bay because I feel that having the pair of them in the playoffs would have made all the difference in getting past the Lightning. With the addition of these two guys, this team could have gotten past both Tampa Bay AND Washington. Despite recent speculation, and fan conversations, in trading Carlo and Krug these two guys should remain on this roster to help solidify the top two pairings. With three young guys all hungry and ready to compete for NHL ice time, I think moving any of the defenders right now would be too soon and not provide for enough of a competitive environment going into the season. Sweeney has been right to hold onto these pieces thus far and showing patience has paid off for him in the past.